Spare the Rod and Spoil the Child?

Spare the Rod and Spoil the Child? July 17, 2012 Ben Witherington 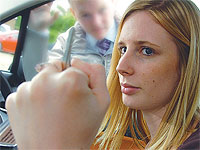 On June 8th of this year Prosperity Preacher Creflo Dollar (yes, that’s his name) was arrested for assaulting (choking involved) his 15 year old daughter when she would not co-operate with his ban on her going to a party after midnight. In my life time, the issue of corporal punishment and whether it is acceptable or not an acceptable practice for parents to use with their children has become a contested and controversial one, whereas when I was a child, not only was it seen as an accepted means of dealing with a disobedient child, it was also seen as an accepted means of dealing with a disobedient student in school. Principals and vice principals had ‘boards of education’ that they were not afraid to use on the backsides of recalcitrant or rebellious students. Nowadays, our culture has other ideas about this matter, and some would even call the use of any physical discipline, including spanking, an example of child abuse or assault.

What should we think about these matters as Christians? Is there really no difference between physical discipline and assault or child abuse? And what does the Bible actually say on the matter? Well there is a famous verse in Proverbs used to justify physical discipline, and perhaps it would be useful to look closely at it first.

Proverbs 13.24 says the following— “those who spare the rod hate their children, but those who love them are diligent to discipline them.” The axiom ‘spare the rod and spoil the child’ appears to derive from paraphrasing the KJV 1611 mistranslation of the Hebrew text. Let’s first deal with the issue of how proverbs actually work. They are not one maxim fits all occasions teachings. They are generalizations and generalizations are by definition something that have been shown to be usually, often, or normally true under normal circumstances. They are not laws for they are not always applicable. Proverbs, in other words are not universally applicable laws. They admit of exceptions of various sorts. The Biblical book of Proverbs however does not try to deal with exceptional persons or situations. It presupposes a normal state of affairs, and gives advice into that normal or common situation. It is well to remind ourselves that what turns out to be true in a stable, settled, orderly society, and works well, might not be true at all in troubled or chaotic times or places or situations.

For example, Qoheleth in Ecclesiastes rightly makes clear that the teaching of Proverbs cannot be universalized, for example when Proverbs suggests that the righteous are rewarded with wealth, whereas the lazy end up poor and starving. No says Qoheleth, there are times and situations where the righteous end up destitute, persecuted, prosecuted, even executed whereas the wicked sometimes prosper. The question then becomes— under what circumstances and in what situations is the advice given in Proverbs appropriate and probably apt and helpful? Does this advice about children readily translate to our own dysfunctional cultural and family situations?

It is interesting that OT scholars who are experts in Wisdom literature have suggested the material like we find in Proverbs 13 is for more mature disciples of the sage, not for beginners. That is, it is advice given to those wise enough, and mature enough to know how to use and not abuse the advice. Think for a minute about times you were disciplined growing up (if you were). Was physical discipline applied to you when parents got angry and used it as an expression of their wrath?

If so, a good case can be made for that being an abuse of the privilege of disciplining your children, something which must be done dispassionately, fairly, in an appropriate measured way and not as outlet for one’s anger. Here the advice must be taken in the context of everything the NT says about anger. For example: 1) Ephes. 4.26– be angry but sin not; 2) ‘Father’s do not provoke your children to anger’ Ephes. 6.4 (a verse that seems apposite in the Creflo Dollar case); 3) James 1.19-20 says we must be slow to anger, and that the anger of human beings does not produce the righteousness of God.

A second regular feature of maxims, aphorisms, or proverbs is that their rhetoric is often sharp edged. By this I mean they use dramatic contrasts and even hyperbole to make a point. So here the language of ‘hate’ and ‘love’ cannot be taken literally in Prov. 13.24. We might say a person who never disciplines an unruly child is guilty of being a bad parent or a negligent parent, but in our context the word hate would be too strong a word if taken literally. Parents who fail to discipline their children often love their children but are unsure of how to discipline them properly or are afraid if they do so that they will harm the child or lose their love and affection. In other words, sometimes failing to discipline is an example of fear based thinking about one’s children. I can honestly say that the spankings I occasionally got when I was young did me no lasting harm at all, and indeed were a memorable reminder that a particular course of conduct or speech was out of bounds, inappropriate, indeed even sinful in some cases.

In regard to the latter I would say Dollar definitely crossed the line into abuse and so into sin. He was angry and his anger led to abuse, such as choking, of his 15 year old. This was not appropriate at all and would never be appropriate conduct by a parent under any circumstances, no matter how frustrated one becomes.

So is Proverbs 13 providing us with justification for the regular exercise of physical discipline of our children whenever we may feel inclined to use it, or angry enough to use it? No. It does not, for it does not suggest it is the only means, or even the primary and first option means of disciplining of children. There are many other things that should be tried first. But what a saying like this does suggest is that there may come a day when a measured application of physical discipline is appropriate and does not constitute child abuse.

July 18, 2012 What Price Closure?
Browse Our Archives
get the latest from
The Bible and Culture
Sign up for our newsletter
POPULAR AT PATHEOS Evangelical
1

Christianity vs. Christendom?
Many people today reject "institutional" religion and the "institutional church."  Do they...
view all Evangelical blogs
Copyright 2008-2021, Patheos. All rights reserved.
error: Content is protected !!