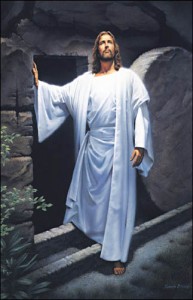 (Here is a fine post by Larry Hurtado on an important matter).
An “Early High Christology”
by larryhurtado

A reader responding to an earlier posting of mine drew attention to a forthcoming book in which apparently the author asserts that the view of Jesus as somehow divine or partaking in divine honor arose sometime in the 40s and in places such as Antioch (where, supposedly, the influence of pagan religion with the frequency of divinized heroes would have helped to generate a divine Jesus). As I’ve invested some 25 years in the relevant questions and evidence, it’s always disappointing to find apparently senior scholars so much out of touch. So, I thought that it would be appropriate to underscore some essentials in data and approach that have led most of those who have studied the subject to judge that there was in fact a very early eruption of devotion to Jesus as in some sense sharing divine glory. (The expression “early high christology” isn’t my own and isn’t my preferred expression, but it’s used so much that I employ it here.)

However plausible it may initially seem (and however comforting to some) the sort of view reflected in the forthcoming book fails at the essential task of building on the relevant data. And we should always start with the data!

As Wilhelm Bousset noted in 1913 (in what is regarded as the key expression of the old history-of-religions school), the “Christ cult” (his term) obviously arose within the first couple of years or so after Jesus’ execution at the latest, for (crucially) this is the form of Christian devotion into which Paul was incorporated after his conversion and which he presumed thereafter. But Bousset insisted that this couldn’t have characterized the “primitive Palestinian community” (also his term), for in the Jerusalem setting of Jewish “monotheism” it simply was unthinkable. So, he proposed that it erupted in Antioch shortly after the flight of refugees from the persecution that broke out after the death of Stephen (as described in Acts 7).

So, even the old history-of-religions school granted an “early high christology”, and very early, not in the 40s or thereafter but within the first few years at most. The remaining question, however, is whether Bousset was correct to judge that this devotion to Jesus as sharing in divine honor did not erupt first in the earliest circles of Jewish believers and in an authentically Jewish setting such as Jerusalem.

Perhaps most extensively in a couple of chapters in my book, Lord Jesus Christ (2003, pp. 79-216), I’ve analyzed in detail the data relevant to this question, and have concluded that by all accounts in fact the sort of Jesus-devotion reflected and affirmed in Paul’s letters seems to have characterized also Jewish-Christian circles of the very first years. Moreover, quite a number of other scholars have reached essentially the same conclusion over recent decades. I think, therefore, there there is a certain moral ground on which to ask that those who wish to reach other conclusions should demonstrate an equivalent analysis of the data.

Of course, earliest Christian discourse did not refer to Jesus and God in the terms that later became common, such as divine “essence” and divine “persons”. We can’t read the christological/theological discourse of the 3rd-4th centuries back into the first years. Indeed, it appears that the vocabulary and the questions of “ontology” weren’t a part of the discourse that earliest believers used. Note: It isn’t that they considered such language and rejected it; instead, it simply wasn’t a part of their discourse-world. So, they referred to Jesus as sharing and reflecting the glory of God, as bearing/sharing the divine name, etc., and this is pretty heady stuff. Most significantly, I have argued, they also included Jesus in their devotional practice in ways that were without precedent in Jewish tradition and that were otherwise reserved for God. Crucially, all indications are that this was not an issue between Paul and Jerusalem.

Now there are differing approaches to accounting for this. Traditionally, scholars have sought to invoke circumstantial factors: e.g., Bousset’s reference to divinized heroes in pagan settings such as Antioch. To be sure, circumstances and settings are important. But sometimes (actually, surprisingly often) significant religious innovations are also the result of internal factors in the group in which the innovation appears. I’ve referred to examples of this in the history of religion in my essay, “Religious Experience and Religious Innovation in the New Testament,” which is included in my book, How on Earth did Jesus Become a God? (2005, pp. 179-204), originally published in the Journal of Religion 80 (2000), 183-205.

So, in addition to attending adequately to the historical data, we also should develop models of religious developments that are built up inductively from examples across time. Often, religious developments aren’t simply one group aping another, or blindly reflecting their cultural setting. History is more complicated than that!

July 26, 2012 That's a Wrap--- Hobbit Filming Comes to an End
Browse Our Archives
get the latest updates from
The Bible and Culture
and the Patheos
Evangelical
Channel
POPULAR AT PATHEOS Evangelical
1