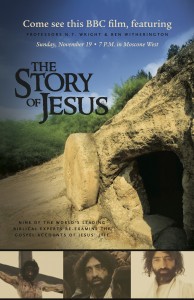 The following is the analysis of Simon Gathercole of Cambridge, who has as one area of his expertise, apocryphal Gospels.

The Gospel of Jesus’ Wife

This piece of papyrus has been authenticated by two reputable scholars, Profs. Roger Bagnall and AnneMarie Luijendijk. There are doubts, however, which have been raised about its authenticity, especially by scholars at the International Congress of Coptic Studies in Rome, where there is a good deal of scepticism. This is a tiny fragment of text, but which has something unprecedented in it, namely a reference to Jesus addressing someone as “My wife….”:

Relation to other gospels

What is interesting about the relation of this fragment to other gospels is that it is closest to the Gospel of Thomas:

There is obviously ongoing debate here about the role of Mary, and by extension. What is not paralleled elsewhere is that Jesus addresses someone – probably Mary Magdalene – as his wife. There are two possible implications of this:

2. It could reflect debates about marriage and sex in the early church. Tertullian (c. 200, the time of this fragment), discussed marriage a lot, in particular re-marriage after death of a spouse (which he said was wrong), and his view of marriage was that the ideal marriage was without sex. Others at the time, like Clement of Alexandria, report opponents using Jesus’ celibacy as an argument for Christians remaining celibate. Some, he says, “say outright that marriage is fornication and teach that it was introduced by the devil. These arrogant people say that they are imitating the Lord, who neither married nor possessed anything in this world, boasting that they understand the gospel better than others.” (Clement, Stromateis 3.49.1). The use of such a striking motif as Jesus being married obviously had a point to it: it may have been that Jesus’ marriage was invented as a reason to justify marriage.

3. It could be a text like the Gospel of Mary, where Mary has become an alternative channel of revelation. She is given a place very close to Jesus, so that she can be a mouthpiece for an alternative treatment of salvation.

Other references to Jesus in similar relationships

Jesus has female disciples in the canonical gospels, who support his ministry (Luke 8), and who are part of his entourage generally. There is no reference to marriage of any kind, which is striking in a biography. (Suetonius’ Lives of the Caesars, for example, mentions wives and fiancées of all 12 of his subjects.) Other apocryphal gospels develop some of these relationships. So, for example, Salome who is a very minor character in the gospels (mentioned only twice, only in Mark’s gospel), but she becomes significant in the Gospel of the Egyptians, and especially in the Gospel of Thomas, where she shares a couch with Jesus: it was a dining couch rather than a bed, but sharing a dining couch was still a louche thing to do, and effectively meant being married or lovers. The Gospel of Philip might refer to Jesus kissing Mary, but the manuscript has some holes in at the key point! In a later text called the Greater Questions of Mary, Jesus even – in front of Mary Magdalene – has sex with a woman whom he has produced out of his side.

Harvard Professor Karen King, who is the person who has been entrusted with the text, has rightly warned us that this does not say anything about the historical Jesus. She is correct that “its possible date of composition in the second half of the second century, argues against its value as evidence for the life of the historical Jesus”. But she is also right that this is a fascinating discovery which offers us a window into debates about sex and marriage in the early church, and the way Jesus could be adapted to play a part in a particular debate. If it is genuine.