The Long Journey of a Christian Pacifist 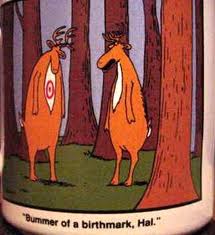 It has been said that ‘life is strange, and then you die’. There is some truth to that aphorism. I am 60 now and I’ve seen a lot of life. Some of the strangeness comes from one’s individual life experiences. Consider my childhood. I grew up in High Point N.C. playing Civil War soldiers with my Jewish girl friends down the street. I read books about the Civil War (ranging from Classics Illustrated to Bruce Catton, when I got older). I went through the Pictorial History of the Confederacy more times than I care to count. I still have the book. I was a Southern boy, the son of a ‘patriot’, as my father served proudly in WWII in the European theater.

Something was in the air however in the 60s, with the rise of the Jesus movement. I will never forget the Sunday that a ‘radical’ from High Point College came to Wesley Memorial Methodist Church, and took over the pulpit during the 11 o’clock service (much to the shock of everyone there), and ranted and raved about how unchristian the Vietnam War, an undeclared war I might add, was. The thing is, though I didn’t really like the man’s rudeness and interrupting of worship, I actually had begun to agree with his message.

Actually reading the Gospels as a High School student required to read the Bible for my God and Country award, it began to dawn on me that: 1) the Sermon on the Mount was rather important when it came to Christian ethics, and 2) I came to the conclusion Jesus would not have agreed with Richard Nixon about the moral nature of the Vietnam war. Indeed, he would not have agreed with the idea that any of the wars fought by the U.S. in my lifetime were examples of ‘just wars’ or even ‘justifiable wars’.

Jesus, as it turns out was a hard core pacifist and he was serious as a heart attack about that non-resistance, turn the other cheek, take up your cross and be prepared to die at the hands of your enemies stuff. He was, to use an oxymoron, an adamant even a belligerent pacifist. ‘Those who live by the sword die by the sword’ was his warning, and when his disciples tried to take up swords for the sake of the Kingdom Jesus not only told them ‘enough of that’ but he then repaired the damage to the ear of the high priest’s slave. Jesus was in deadly earnest about being the Prince of Peace.

So where did that leave me? Well, I had Quaker friends like Allen Haworth and for them it meant conscientious objection to the Vietnam War. So….. I decided that is what it meant for me as well. As you might well imagine, when it came to my being old enough to be draft eligible and I told my father I intended to go get the ‘papers’ (i.e. the conscientious objector forms), he was none too pleased. He tried to argue me out of it. He failed.

One of the things I will always admire about my father is that when he saw he couldn’t convince me, he went with me to the big Post Office to the Selective Service Office on Green St. to get the papers. He wasn’t happy, but he respected my right to make up my own mind. It showed me how much he loved me. I will never forget that.

As it turned out, my draft number was 192. So I was convinced to wait and see how things played out. My birthday was December 30th, so perhaps they would never get to my number by the end of the year, and I wouldn’t have to file those papers. So I waited, and waited, and waited, and they got into the 170s in the Fall. I was as nervous as a cat on a hot tin roof. The moment of truth seemed imminent.

As it happened however, they never got to my number in High Point, and I am sure my father and mother were relieved that I never filed those papers. Not that either one of them wanted me to go to Vietnam and come back in a box. But they also were not going to sing along like I did to Country Joe and the Fish when they sang at Woodstock:

“And it’s one, two, three
What are we fighting for,
Don’t ask me I don’t give a dam…
Next stop is Vietnam.

“And it’s one, two, three
Open up the pearly gates
Ain’t no time to reason why
Whoopee we’re all gonna die.”

And then I went to Carolina. The very first day on campus I saw them collecting money for the Kent State fund. National Guardsmen had shot our own American college students for protesting the war. That was my wake up call to just how much a pacifist could be an endangered species if they protested too loudly or long in public. Note to self—- ‘be careful, people will see you as unpatriotic and un-American’ (further note to self— ‘they still do when you stand up for pacifism in America’).

I never saw myself as unpatriotic or a coward, indeed it took a lot of courage to take the stand I did. I profoundly loved and love my country. I just saw myself as the loyal opposition suggesting there were better ways to settle our differences. I was pretty sure when Jesus insisted we love our enemies he didn’t mean love them to death at the point of a gun. I became especially clear about this reflecting on the Lukan Passion narrative where Jesus prayed for his executioners “Father forgive them for they know not what they do.”

Clearly this Gospel thing was deadly serious about forgiving instead of killing, or retaliating, or doing bodily harm. And I am happy to say that thus far, I have kept my bargain with Jesus on that score. I have never done violence of any kind to anyone. I hope I never will. Moses was also right when he said “no killing”.

Killing leaves blood on your hands, whether it’s manslaughter or pre-meditated murder or vehicular homicide. Killing is forever. If I ever did that, even by accident, or even while just intending to protect someone else’s life, I’d still have to do some serious repenting afterwards. All human life is sacred, and I have no right to take someone else’s life away. Ever. And BTW, the Bible says leave vengeance entirely in the hands of the Lord, he will repay.

What makes the journey of a pacifist long and hard is because of course you are swimming upstream in America, and sometimes you are swimming against a torrential flood in the other direction. You get used to being called a coward, unpatriotic (and a few unmentionable things), and this is all the more likely to happen to you, because you feel like that deer in the Far Side cartoon (see above). The Amish in one sense, take the easy way out. It would be one thing to live in a conclave of like-minded pacifists. That would be easier (see the movie The Witness). It’s harder to be in the world whilst not being of the world. It’s harder to be a non-sectarian, non-monastic pacifist. It just is.

One of the things that has shocked me most about the youth today is how readily they line up as lambs to the slaughter in Afghanistan or Iraq with never a single protest, or even ‘on further review….’. Never. Where is the moral outrage against the hideousness of war, which as General Mark Clark rightly called it is “hell….on earth”? It is MIA. Where are the good debates about whether Afghanistan is a righteous cause or not? They too are missing in action. We will hear nothing about this matter in the Presidential debates I would wager. Nothing. Both candidates will wrap themselves in the flag while claiming to be Christians. And they will lose no sleep over it either. It’s very disappointing. Even if there was just a little wrestling with the moral issues I might feel better about voting for one or the other of them. But we don’t even see that.

Clearly 2012 is not 1968 in America. Can you imagine George McGovern running now for President? Or Eugene McCarthy? We are in a far more brutal stage of American history now, where even the rhetoric becomes abusive and violent, with shock jocks on the radio spewing venom of all sorts from the right and the left. We don’t talk to or dialogue with one another any more— we just yell at each other in twitters, tweets, emails, bumper stickers, rallies, on the radio, on TV, with the help of PACS. It’s almighty depressing, frankly.

Some days I feel like moving to Switzerland, but then I remember, I am the loyal American opposition, and even if my voice is drowned out I still have a vote and a right to be heard. If America really wanted to be a more Christian country it would study war no more, learn how to beat its swords into plowshares, and spend its military billions on the peaceful work of disaster relief in Haiti, Africa, wherever instead figuring out new ways to more easily destroy other human lives.

Some days I feel like John the Baptizer— a voice crying in a brutal wilderness. I wonder how many of you out there feel this way, but having gotten the beat down, at least verbally, have been Limbaughed or O’Rileyed into submission once or twice for being a pacifist? And so you have kind of gone silent and deep, gone underground, pulled your hat down low on your head and walked on by. But at home you listen again to Bobby Dylan’s ‘Masters of War’ or Joan Baez’s ‘Blowin in the Wind’ and weep.

This much I know for sure. I am proud to be a follower of Jesus Christ, and if that puts me at odds with my country’s official policies about abortion, capital punishment, or war, well then— so be it. I want to be totally pro life until the day I die. I don’t want to be like Lady MacBeth with blood on her hands which she curses again and again saying ‘out out, damned spot’ but she never can wash herself clean.

For me, part of being holy, being pure, being clean, being like Jesus, is being a pacifist. And whatever the cost, I do not regret it….and I doubt I ever will. And dat is all I got to say just now, about dat.

October 2, 2012
A Polite Bribe--- Was Paul into Money Laundering?
Next Post

October 4, 2012 More from the Paul Film a Polite Bribe
Browse Our Archives
Related posts from The Bible and Culture