The Radicality of Jesus 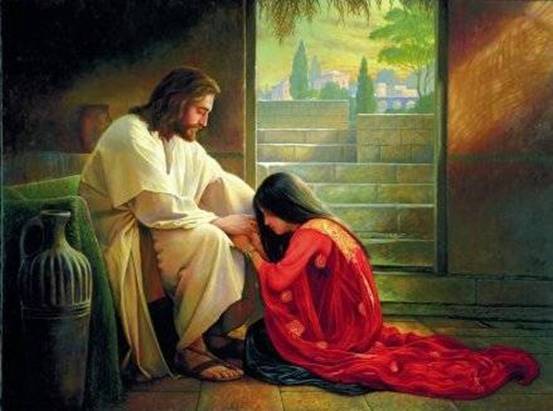 Despite our very best efforts to domesticate Jesus, or recreate him in our own image, Jesus continues to burst our conventional ideas and images of what he must have been like. This is especially clear in his sayings about calling people away from their families in order for them to follow Jesus. We’ve discussed sayings like ‘I did not come to bring peace but sword….’ before on this blog, not to mention Mk. 3.31-35, but today we need to address certainly one of the most shocking things Jesus ever said or did, when it comes to ‘family values’.

Luke 9.59-60/Mt. 8.21-22 tells a brief tale about a ‘disciple’ (i.e. a learner– specifically identified as such in Matthew, and implied in Luke by the command to go and proclaim the Good News). The man in question says to Jesus ‘first let me go and bury my father’. In the response in Matthew Jesus replies succinctly ‘Follow me, and let the dead bury the dead’. In the Lukan expanded form ‘let the dead bury their own dead, as for you, go and proclaim the Good News’. Martin Hengel long ago wrote a helpful little monograph on this radical teaching which I would recommend you read when you can. It is entitled The Charismatic Leader and his Followers.

As Hengel points out, Jesus is urging something that would have been seen not merely as shocking and against traditional family values, but even as a violation of the Mosaic commandment to honor your father and mother. For instance, in Mishnah Ber. 3.1 we are told that the duty of a son to see that his father gets an honorable burial comes before other religious duties even including the duty to recite the Shema (the ‘hear O Israel….’ credo).

While the Matthean form of this saying speaks only of following Jesus as a priority, in the Lukan form we are told that proclaiming the Gospel takes priority over burying one’s own father. No wonder Pharisees and Sadducees and other guardians of traditional Jewish family values were in an uproar about Jesus. In Jesus’ view, literally everything was supposed to take a back seat to discipleship to Jesus and proclamation of the Kingdom, including the highest family duties. Clearly Jesus had never read the book ‘How to Win Friends and Influence People’.

In addition to all this the zinger “leave the dead to bury the dead…’ presumes that those who are not among Jesus’ disciples are spiritually dead! The spiritually dead should be burying the physically dead, but for those who want to follow Jesus and be his disciples, there must be other priorities. For sure this is not the Sunday School Jesus I learned about when I was growing up. It is also not the Mr. Rogers Jesus where ‘never was heard a discouraging word, and the skies are not cloudy all day’.

This story should be compared to the similar one in 1 Kings 19.20-21, the story of the calling of Elisha. The response of Elijah to the request of Elisha to go and kiss his parents first, can be debated (does he tell them, ‘go on home, you don’t have to follow me’, or does he mean ‘you’re not ready yet’… or something else?) but the contrast could hardly be stronger between Elisha’s next actions and the implied actions of the disciple in the Jesus story. Elisha completely destroys the tools and means of his former occupation and goes and follows and becomes the servant of Elijah. Nothing like this is said in the Jesus story, but no less radical a commitment is implied in the ‘let the dead bury the dead… you follow me..’

The truth is, the real Jesus continues to challenge many of our basic assumptions about priorities, what is really important in life, and what God most requires of us. Think on these things.

November 8, 2012 A Dog Gone Mistake
Browse Our Archives
Related posts from The Bible and Culture