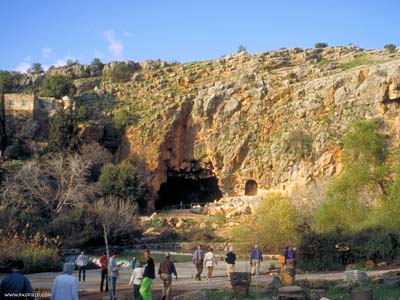 Back from the annual meeting of the British New Testament Society (King’s College London, 6-8 Sept), I want to report on, and engage briefly, the plenary lecture by Professor Anthony Thiselton: “Must We Rest Content with ‘Binitarianism’ in New Testament Studies?” I respect and admire Professor Thiselton greatly, and this is not in any way intended to refute or negate his lecture. But, given that he opened with a reference to some of my own work on early Jesus-devotion and the re-shaping of Jewish “monotheistic” devotion to include the figure of Jesus, I want to attempt briefly some correction and clarification on a couple of matters.

First, in publications stretching from my 1988 book, One God, One Lord: Early Christian Devotion and Ancient Jewish Monotheism down through later works such as Lord Jesus Christ: Devotion to Jesus in Earliest Christianity (2003) and How on Earth did Jesus Become a God? Historical Questions about Earliest Devotion to Jesus (2005), I’ve focused on what I repeatedly call “devotion”. I’ve explained repeatedly also that by “devotion” I mean both the religious beliefs and also, crucially, the religious practices of early Christians (and those of the religious context of earliest Christianity). I don’t recall ever referring to “binitarianism”, but instead to a “binitarian devotional pattern” (and similar phrasing). Whereas many scholars have addressed the “christology” of ancient Christian texts, I myself have attempted to broaden the focus to take in the devotional practices, especially in worship, of earliest Christianity. In this, I align myself with the broader focus that characterized the early 20th-century “religionsgeschichtliche Schule” (“history of religions school”). Indeed, in his endorsement of my 1988 book, Martin Hengel referred to it as reflecting a “new religionsgeschichtliche Schule,” citing the work of a growing number of scholars (e.g., Alan Segal, Carey Newman, David Capes, and subsequently Loren Stuckenbruck, Charles Gieschen, and others).

In characterizing the “pattern” of earliest Christian devotional practice, I have noted that there are typically two figures identified as recipients of devotion: God and Jesus. My focus in noting this has been that it comprises a remarkable, and to my knowledge singular, “mutation” in what otherwise seems to have been Jewish devotional practice in which a second figure (Jesus) was included in such a programmatic manner with God as rightful recipient of corporate devotion. (I may say that it is now nearly 25 years since I first published this view of matters, and I have yet to note any significant correction or refutation of it. It still appears that the devotional pattern reflected in the NT is, in its time and setting, novel and without real analogy or precedent.)

But Professor Thiselton’s lecture focused more on how the “Holy Spirit” (or “Spirit of God”) features so prominently in the NT and in subsequent early Christian religious thought, and he urged that there is an organic historical connection between the kind of beliefs that we have in the NT writings and subsequent doctrinal development that led to the doctrine of the “Trinity”. His lecture drew upon his forthcoming book, The Holy Spirit in Biblical Teaching, through the Centuries, and Today (Eerdmans). That is, Professor Thiselton’s book and lecture focus more on the beliefs of early Christianity and the statements of these beliefs in early Christian texts/writers.

Over the years, I’ve frequently had comments and questions asking something such as “But what about the Spirit?”, and I’ve typically responded by underscoring the point that my emphasis has been on the devotional/worship practice of early Christianity, and that in this the Spirit does not really feature as a recipient in the way that God and Jesus do. Of course, the Spirit is prominent in the NT! Of course, the Spirit is integral to the religious outlook of those believers reflected in the NT. But that takes us into the NT religious outlook, the conceptions, and the language used to express them, whereas I have focused on the devotional practice and the recipients of that practice.

Until recently, I used the term “binitarian” to characterize that devotional practice/pattern, and I repeatedly explained that by that term I meant simply a pattern in which we find two distinguishable but uniquely linked figures: God and Jesus. More recently, I’ve begun to use the term “dyadic” (from “dyad”), to avoid accusations/suspicions that I was trying to sneak in doctrinal/conceptual developments later than the NT.

In my own recent book, God in New Testament Theology (Abingdon Press, 2010), focused on the “God-discourse” that we find in the NT, and noted that this has a “triadic” shape. That is, we have ubiquitous references to “God”, “Jesus” and the “Spirit”. Indeed, I document the greater frquency of references to the Spirit in the NT in comparison with the OT and other Roman-era Jewish texts. This “triadic” shaped discourse obviously helped to drive and shape subsequent doctrinal reflection that led to the doctrine of the “Trinity”, although that subsequent doctrinal reflection also involved the incorporation of issues and conceptual categories additional to those reflected in the NT.

So, those interested primarily in the beliefs and religious outlook of earliest Christianity will perhaps find useful this more recent book, God in New Testament Theology. In any case, I offer two concluding observations: (1) The NT reflects a dyadic devotional pattern, in which God and Jesus feature as the programmatic recipients of devotion, especially corporate worship-devotion; but (2) there is a clear triadic shape to the God-discourse reflected in the NT. In short, I am not an exponent of “binitarianism” (whatever that is), nor have I primarily been concerned to offer a theological evaluation of the evidence of earliest Christian belief and/or devotional practice. My aims have been primarily to analyze these matters and describe them accurately.

November 9, 2012 Skyfall---- a 50th Year Anniversary Windfall
Browse Our Archives
get the latest from
The Bible and Culture
Sign up for our newsletter
POPULAR AT PATHEOS Evangelical
1

Pastoral Report | Developing Reach
Our Worship Team is moving toward further discussion with Ministry and Oversight...