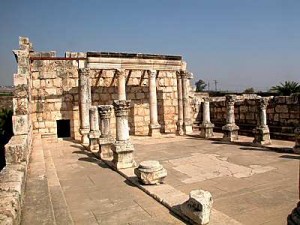 (This is a reposting of a blog post I wrote some years ago for Beliefnet).

One of the battle cries of the Reformation, responding to, among other things, all sorts of Catholic traditions which are not seen as Scriptural in character, was ‘sola Scriptura’— Scripture alone. It was often coupled with sola gratia and sola fide— only by grace, and only by faith. The latter two are separate issues from Sola Scriptura however, and this post is only about the latter.

Let us start by noting the historical point that there was no New Testament as a collection before the 4th century A.D. The New Testament did not exist as a canonical collection in the so-called NT era. Indeed, some would dispute that even in the fourth or fifth century A.D. the canon of the NT was completely closed. I think it was, for all intents and purposes, but that is a discussion for another day.

When the Reformers cried out ‘sola Scriptura’ of course they were including the 27 books of the NT under this rubric. The irony of this was of course that Christians in the second and third century A.D. could not have joined them in this battle cry if the term included all 27 NT books. And indeed, if one presses the historical issue even further, one will realize that texts like 2 Tim. 3.16 refer only to the OT as the ‘all Scripture which is God-breathed’. We do have in 2 Pet. 3.16 a reference to some sort of collection of Pauline letters which are said to stand alongside of ‘the other Scriptures’ (presumably the OT is meant). This means that in the NT era there had already begun to be collections of sacred writings by and for Christians, but the process had only begun in that period. It was completed only considerably later. My point in belaboring this is that earliest Christianity could not and did not live by a dictum ‘sola Scriptura’ if by that one included the NT in the ‘sola’ list.

Then there are other historical points of importance. For example, some of the most key and fundamental ideas of early Christianity only begin to be discussed and their implications teased out in the NT books themselves. A classic example of this is the Trinity. I am on record as saying that the raw data for a Trinitarian theology is definitely there in the NT— the Father, the Son, and the Spirit are all viewed as God (the one God) in one text or another. What we do not have in the NT is the following: 1) the term ‘Trinity’ (Tertullian may have been the first to use it); 2) the term ‘God’ used in a single phrase to refer to all three members of the Trinity. Instead the term ‘theos’ is used overwhelmingly of God the Father in the NT, and in seven cases of God the Son. What the singular Greek word ‘theos’ is not used for in the NT is a moniker for the tri-personed God. This too was a post NT development; 3) nor do we have an explanation in detail in the NT of how the humanity and divinity of the Son should be viewed in relationship to one another. This explication would have to wait for the ecumenical council at Chalcedon in the fifth century A.D. What all of this makes clear is that in earliest Christianity it was always a matter of Scripture plus sacred tradition, including Christian tradition. It was never a matter of ‘sola Scriptura’.

This of course raises the question of what ‘sola Scriptura’ could profitably mean in view of the actual early history of the Scriptures and Christological doctrines and orthodoxy. Here the answer must be that the Scriptures, including the 27 books of the NT came to be seen as the final authority, or final litmus test of all sacred traditions. Scripture became the ‘canon’ which in its original Greek sense means the measuring rod, the rod by which all other traditions must be measured in regard to truthfulness and usefulness as well. If this more limited use of the term ‘sola Scriptura’ is accepted, it then allows that Christian traditions outside the canon certainly can and should be given the status of viable, valuable, truthful, and perhaps even sacred traditions.

And here is where I say that if this historically more accurate use of the term sola Scriptura is accepted then perhaps Protestants and Catholics and the Orthodox can once more have fruitful conversations on the relationship of Scripture and tradition. Scripture after all is a privileging of some traditions over others, reckoning them as having more authority because they are inspired, infallible, truthful and trustworthy. Doubtless Protestants will wish to stress the final authority of Scripture on all matters of faith and practice. And indeed, Protestants will want to say that all non-canonical traditions must comport with Scripture, and must be measured and critiqued by Scripture. But even this claim falls short of a narrow reading of the meaning of the phrase ‘sola Scriptura’. Perhaps it is time to say that just as faith never exists alone in splendid isolation, nor does grace, so also Scripture as well never did exist in such isolation either. It’s worth considering. For more on a high view of Scripture see my The Living Word of God, (Baylor).

January 19, 2013
Struck from Behind--- a Pastor's Reflections on Ministry
Next Post

January 21, 2013 The Infancy Narratives-- the Pope on Jesus' Origins, Part One
Browse Our Archives
get the latest from
The Bible and Culture
Sign up for our newsletter
POPULAR AT PATHEOS Evangelical
1

The Great Reset Is Coming!
Roger E. Olson
Books by This Author Books by Ben Witherington

Evangelical
An Unconventional God-- Part Nineteen
The Bible and Culture

Evangelical
An Unconventional God-- Part Eighteen
The Bible and Culture

Evangelical
An Unconventional God-- Part Seventeen
The Bible and Culture