Attention Doctoral Students— Moola for You 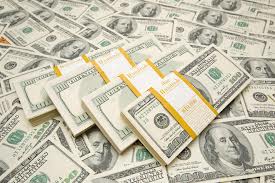 Larry Hurtado has alerted me to the following. I can just say… go get ’em. BW3

I pass on notice received of the next round of Manfred Lautenschaeger Awards for Theological Promise, a remarkable award offered to outstanding early-career scholars in any aspect of theological and religions studies.

February 6, 2013 Tertullian and Paul--- on Paul's Legacy
Browse Our Archives
Related posts from The Bible and Culture