‘In the Fields of the Lord’– Mark Oppenheimer’s Bombshell

First of all, I admit to being a sports fan. A big sports fan. Always have been, and probably always will be. And I have also seen the inside of sports, the ugly side, the bad side, especially when we are talking about college and professional sports. But of course I have also seen parents yelling and swearing at their six year olds to play better. We are a sports obsessed nation, and even more than that, we are a ‘just win baby’ nation when it comes to sports. And here in lies a major problem for Christians. What does one do when what is allowed by one’s sport probably violates one’s Christian moral principles? This is the issue that Mark Oppenheimer explores in his very revealing and telling article, in the Feb. 4th 2013 issue of SI. This post will be interacting with what he says.

First of all, this article is good because it gives some perspective. Mark points out, quite rightly, that early in the 20th century most conservative Christians were opposed to their children playing various sorts of professional sports, perhaps especially football, because of the morally compromising aspects of these sports, and the temptations that came with being a highly paid professional athlete. He tells the story about the Christian schizophrenia which developed when devout Christians began to embrace professional sports and sought to rationalize some aspects of what was required of those who play. For example, he points to Les Steckel, a former assistant and head coach in the NFL who since 2005 has been the head of the Fellowship of Christian Athletes. Steckel when he was a coach regularly told and taught his players to cut block their opponents, that is to aim at the vulnerable knees of the opponent, a technique that can maim a player and end their careers. When asked today if he had any regrets at teaching such a technique and urging it the answer is, he does not. “God loves us just the way we are…but at the same time He does require excellence. And in the NFL performance is ultimate.”

So, let me get this straight– performance and excellence requires attempting to destroy the health of the opponent. I must say I totally disagree with this. I am all in favor of placing more restrictions into a dangerous game like football to protect the health of any and all players, and levying stiff penalties for dirty play whether it involves head hunting or cut blocking. The name of the game is tackle football not hit football. Players need to get back to tackling and stop launching themselves at vulnerable body parts of the opponents. And Christians, on principle should refuse to participate in bounty programs, head hunting, cut blocking etc. The game needs to be cleaned up.

Oppenheimer points out how many Christians are involved in NFL football, and deals with the issue of chaplains on each team. In some cases perhaps about 40% of the team or more participates in either Protestant or Catholic chapels, in Wednesday Bible Studies, and in prayer huddles. In general they pray for health and safety, and not for winning. Oppenheimer raises the issue of whether God takes sides in games or whether he cares who wins. This is actually an interesting question. If God is like a parent who loves his child, then of course God wants the child to do well, but the problem is God loves all his creatures. And all the players on both teams are created in God’s image and are God’s creatures. So, while players may pray to play well or be kept safe, when they start praying for God to influence the outcome of the game…. that’s probably a prayer that gets a no response.

One of Oppenheimer’s main points is that now a days, devout Christians in the NFL feel no tension between their faith and what they do on the football field, no tension between being an aggressive athlete and being a devout Christian. “On the contrary, many of them argue that football builds character [and there is some truth to that] and thereby makes a man more of a Christian.” But as Oppenheimer says “the aggressive violent play preached by coaches of an earlier generation was accepted as natural precisely because sport was pagan, not Christian. Christianity was peaceful, charitable, and pious. Sport was bloody,ruthless, impious.” (p. 40). Oppenheimer’s point is that rather than Christianity mainly changing the culture of football, football has changed the culture of Christianity in the last 50 years. The materialism, violence and idolatry (hero worship) have infected people’s faith. But it is beginning to dawn on some players and coaches that football as it is currently played may well be bad for one’s soul, as Oppenheimer suggests.

One of the most telling aspects of the article is the reporting on the 1987 survey of 90,000 student-athletes on their moral reasoning in matters such as fair play or sportsmanship. The survey shows that on average student-athletes score well below the general student population on moral reasoning, especially athletes in so-called “male, revenue producing contact sports” who are the most deficient in such reasoning, and most likely to rationalize dangerous, dirty or just bad behavior. The interview with athletes from West Point in the FCA is especially chilling. They said they left God on the bench, and that even if Jesus was suited up for the opponents they would treat him no different than they would any other opponent, including kicking in the groin etc. to gain an advantage.

Oppenheimer goes on to chronicle how football can corrupt the fans as well, leading to completely screwed up priorities like– going to an Alabama football game on a Saturday instead of attending one’s own daughter’s wedding!!! Sick, and sad. Oppenheimer in part blames Christians, athletes and chaplains as being complicit in the deification of sports at the expense of actually putting God and the Gospel first. To read a thorough critique see S. J. Hoffman’s Good Game: Christianity and the Culture of Sports.

There is one other interesting point that Oppenheimer makes. “Jesus is not exactly neutral towards winners and losers. The Bible is clear that he preferred the loser. The Bible is filled with passages that extol the weak over the strong, and the poor at the expense of the rich…and theologians and clergy would agree, almost unanimously, that showering men with tens of millions of dollars in a culture rife with temptation is a recipe for sin and corruption, deeply corrosive to their spiritual lives, not to mention the marriages they are trying to keep intact.” (pp. 42-43).

The sad truth is, even if violence, and deliberate head-hunting and dirty play was basically eliminated from the NFL game, there would still be all the problems of the temptations not merely to cheat on the field, but to cheat off the field. The road is long, the travel is hard, the temptations are many, and most people don’t do well in handling millions being thrown at them, especially if they come from a poor background. But of course this is not just a problem in the NFL, it is something that infects and affects all professional sports, and various the revenue generating college sports as well. And the issue Oppenheimer raises is a real one— has Christianity done more to change the players, or has the culture of sports done more to change American Christianity. It’s an issue worth pondering.

March 1, 2013
The Emperor Cult--- Hurtado Assesses the Literature
Next Post 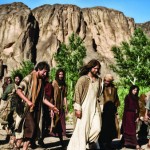 Evangelical
Neuschwanstein
The Bible and Culture
TRENDING AT PATHEOS Evangelical

You are God’s Joy
We are God’s joy. God loves us, all of us, despite our...
view all Evangelical blogs
Copyright 2008-2021, Patheos. All rights reserved.
Close Ad