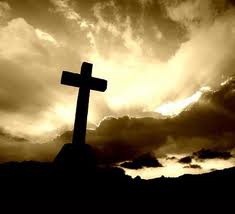 When it comes to Good Friday, we tend to hear a lot of sermons about the soteriological benefits of Christ’s death for us all, which is of course appropriate. What we do not hear a lot of sermons about is what the cross tells us about either the character of God and why the cross is necessary in the first place. For example, if we consider the last matter first, if the death of Jesus was not absolutely the necessary and sufficient means of atonement for our sins, then it’s hard to imagine God as a loving God at all. What loving Father would subject his Son to that sort of hideous suffering and death if it were not absolutely necessary? Otherwise, the cross seems to be an example of divine child abuse in an extreme form. And yet it is not, but why not? There are of course other ways that God could have demonstrated how much he loves us. And this brings us around to what Good Friday tells us about God’s character.

God, as the Bible tells us repeatedly is holy, righteous, just. The Bible also tells us that God cannot pass over sin forever. Rom. 3.25 indicates that God may show his forbearance for a time and pass over sin, but he cannot do so forever. Eventually, righteousness and justice must be served. This is just a part of God’s character. The trick for God is to be both righteous and the one who sets right sinners. Paul in Romans 3 says that God does this: 1) while we were yet sinners, 2) while we were yet far apart from God and strangers, and indeed 3) while we were in fact enemies of God, at war with God. God’s Friday is a demonstration of God’s righteousness, but also of God’s mercy. It should have been us up on the cross. Jesus is the one person for whom Jesus did not need to die. Think on that a bit.

Sometimes Christians think that because God is forgiving, he can take a pass on his righteous character, or over-rule it because he is such a loving God. It doesn’t work that way. God’s righteousness never sleeps and does not go on vacation. And anyway, who would want to live in a world where justice is not finally done, considering all the wicked things that have transpired throughout human history. Think of the cry of the martyrs in heaven in Rev. 6— How long O Lord? This is not because they are blood-thirsty or necessarily vindictive. They simply want to be vindicated. And the whole thrust of Revelation is to make clear that vindication and justice must be left in the hands of Jesus. The one who is our Judge is also the one who has already paid for our sin. Incredible! The cross reminds us that God found a way to be both just and the justifier of sinful human beings. That way was Jesus. Interestingly, the vindication comes not just at the cross, but also at the second coming when Jesus returns to judge the quick and the dead.

So God’s Friday reminders us that righteousness is not cancelled out by redemption. Paradoxically, it is express through the event of redemption on the cross. Justice is not denied nor is it deleted when mercy and compassion are expressed by God, though in various ways it is deferred to the end of human history. Furthermore, experiencing salvation or redemption in no way cancels our accountability for our sins. Look at 2 Cor. 5.10– we all, including all Christians must appear before the judgment seat of Christ to give an account of the deeds done in the body. We have to go before Jesus’ truth and reconciliation commission in the end. And the reason why is explained in 2 Cor. 5.21— the goal of the whole process of redemption is so that “we might become the righteousness of God”. So that we might become actually holy, not just positionally holy or set apart. In the end, God expects his people to reflect and even model the full character of God— holy and loving, just and fair, righteous but not self-righteous, merciful, but not by ignoring or failing to deal with sin and its consequences.

The cross stands sentinel against all of our cliches and trite assumptions about God and God’s character. It tells us that God has set up a moral universe reflecting his character, in which its a matter of ‘truth’ or consequences. Those who do not embrace the truth, suffer the consequences of their sins. But if anyone is in Christ, God’s Friday is a good Friday indeed. In fact it is the TGIF best Friday ever.

March 30, 2013 On Making God the Room....
Browse Our Archives
get the latest from
The Bible and Culture
Sign up for our newsletter
POPULAR AT PATHEOS Evangelical
1