The Relationship of Doing and Being in the NT 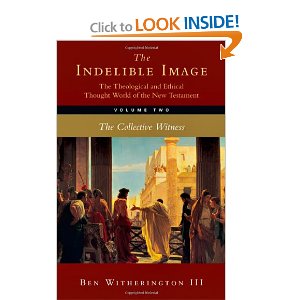 One of the major thrusts of my two volume work entitled The Indelible Image was showing the inherent, and necessary, connection between theology and ethics, between belief and behavior, between being and doing, in the Bible and in particular in the NT. I went on to stress the importance of the concept of the image of God as a connecting point between being and doing, belief and behavior, theology and ethics. By this I meant that we are all created in God’s image and we are meant to reflect that image on earth, more specifically we are meant to reflect the moral character of God on earth. God is holy, and so should we be. God is righteous and so should we be, God is compassionate, and so should we be, and so on.

This reflecting of the divine character is not an optional extra amongst God’s expectations for us, rather it is right at the core of what he expects of us. The notion that God only expects of us right notions, right beliefs, but that our ethics, our behavior, or doing is somehow less important or not essential to being a Christian is frankly false. And were I in a quoting mood, I could trot out a plethora of texts which make this clear. For example, consider Paul’s warnings to Christians (not non-Christians) not merely that if they behave like skunks that people will get wind of it (and it will be a bad witness) but that if they choose a pattern of behavior that is ungodly and unholy they will not enter the final Kingdom of God when it comes full on earth (Gal. 5.19ff.: “The acts of the flesh are obvious: sexual immorality, impurity and debauchery; 20 idolatry and witchcraft; hatred, discord, jealousy, fits of rage, selfish ambition, dissensions, factions 21 and envy; drunkenness, orgies, and the like. I warn you, as I did before, that those who live like this will not inherit the kingdom of God.”

Paul had warned his converts in Galatia before about this sort of behavior, and he does so again here. And Paul, yes the very theologian of grace, is saying that behavior by Christians can affect their eternal destiny. That’s exactly what he is worried about, because he knows it is true.

Now on the one hand this is hardly a surprising remark for an early Jew. If you have read as much early Jewish literature as I have, there is frankly far more emphasis and stress on right behavior than there is on right belief, far more stress on orthopraxy than on orthodoxy. Think for a minute about the great commandments to love God, neighbor, enemy, fellow believers. This is hardly just about belief about God, neighbor, enemy, fellow believers. It is about behavior.

We do not have a great commandment that says ‘believe with all your might and God will be satisfied”. The attempt to sever behavior from belief, by means of a doctrine of salvation that suggests that human behavior has nothing to do with final salvation, that it is all about divine fiat, or pure grace etc. is a doctrine insufficiently attuned to what the Bible actually says about soteriology.

Yes, the Bible is clear enough that salvation is not a human self-help program. Yes, it makes clear that apart from God’s grace no one can be saved. Yes, it stresses that we are converted by grace through faith, and that God’s grace is necessary at all times and at all points in the process of salvation. What the NT does NOT say, is that human behavior has nothing to do with it. Indeed, I would stress that active believing is itself a form of behavior. Indeed it also says that we must work out our salvation with fear and trembling as God works in our midst to will and to do. Last I checked, ‘working out’ involves human behavior. Oh yes, another bulletin from the NT— faith without works is dead.

Put succinctly, while conversion is by grace through faith, sanctification involves both God’s work and our working out our salvation. Sanctification involves human behavior, behavior freely chosen and participated in by us. And if we as Christians freely choose to abuse our freedom (compare Gal. 5.1), which is certainly possible, then we stand in danger of committing: 1) moral apostasy, or 2) intellectual apostasy, or 3) both, and finding ourselves not participating in everlasting life, the final coming of the Kingdom the positive resurrection etc. As many texts, such as Heb.6 warn repeatedly, apostasy, however unlikely for a Christian, is nonetheless possible, and so must be warned against.

Now I suspect that most of the resistance to the sort of reasoning I have laid out in this post comes from a false understanding of the concept of election in the Bible, and more particularly a false joining together of the concept of election and salvation in the Bible. The Bible certainly has something to say about election, about God choosing a people. Election however is a corporate concept in the Bible, not an individual one. Election is ‘in Israel’ in the OT, and ‘in Christ’ (see Ephes. 1). One must be ‘in Israel’ or ‘in Christ’ to be among the chosen people. But election itself, while necessary, is not sufficient to being saved. Take for example the stories in the OT about the exodus and God’s chosen people.

Moses was sent to Egypt to extract God’s chosen, elect people, from Pharaoh’s iron hand. He accomplished this. He led them through the wilderness. He got them to the cusp of the promised land. As 1 Cor. 10 goes on to make clear however, all but two fell by the wayside along the way of the original group. Only two made it into the promised land. The fact that they had had all those wonderful experiences along the way, and had seen mighty miracles of God was not in itself enough for them to be finally saved and enter the promised land. They were chosen, but ended up lost. Election is one thing, salvation is another.

This is not just because election often in the Bible has to do with something other than salvation. For example, Cyrus is God’s anointed one, his chosen one, to set God’s people free from exile in Persia. Did Cyrus’ chosenness save him? Nope. He was chosen for a specific purpose in God’s plan. It had nothing to do with his individual or personal salvation at all.

Election has to do with being a witness for God or an instrument of God, it doesn’t much have to do with the Christian notion of salvation. And this is even true in the NT. Consider for example what Paul says in Rom. 9-11. Among other things we read there that : 1) not all the chosen ones are ‘of Abraham’ and end up saved; and 2) that foreknowledge is not the same thing as foreordination, because God even foreknows those who will be lost; and 3) God temporally broke off some of his chosen limbs of the olive tree so that wild olive branches could be grafted into the people of God, but that 4) God could graft those Jews currently broken off from the people of God back in when the savior returns from heavenly Zion and ‘all Israel is saved’ (a much debated phrase).

In other words, cliches like ‘once saved, always saved’ or ‘if you are elect you know the election results’ and the like do not do justice to the complexity of the relationship between belief and behavior, justification and sanctification, election and salvation etc. in the Bible. It would be more nearly Biblical and correct to warn Christians, as Paul does in Gal. 5 that ‘you are not eternally secure until you are securely in eternity’. But back to the focus of this post.

Belief and behavior, being and doing, theology and ethics, always belonged together according to the Bible. And one of the most salient reasons this is the case is because God created us in his image to reflect his moral image on earth, to be a good witness to the character of God, both his righteous and compassionate character, both his holy and loving character, both his gracious and demanding character. Think on these things. 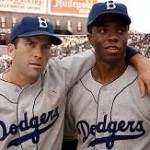 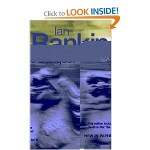 July 18, 2013 The Rankin Chronicles---Beggar's Banquet
Browse Our Archives
Related posts from The Bible and Culture