Invitation to the NT— the Reviews Start Rolling In 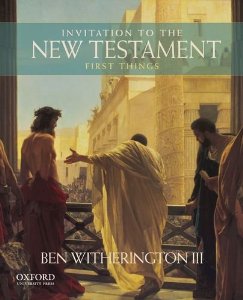 Here is Dr. Nijay Gupta’s review of my NT Introduction for Oxford….

Recent months and years have seen the production of some fine introductions to the New Testament (Powell, Boring, Hagner). Perhaps one that did not make it on the radar of many folks is Ben Witherington’s Oxford University Press textbook entitled Invitation to the New Testament: First Things (2013).

I think this text is aptly titled, because it is not so much a survey of the New Testament, but more of an orientation to the New Testament. In over 400pp, Witherington does get through every book (though some get very brief treatment), but his overall goal is giving folks a good sense of what’s going in the New Testament and how to read and understand its composition, background history, and theological content responsibly.

The first thing any reader will notice is the visuals in this book – in full color, it is stuffed with gorgeous photographs, sketches, and artistic flourishes. It is organized historically, beginning with background information, then the historical Jesus, then the Gospels (beginning with Mark), then Paul, then the later NT texts, and the final chapter considers the canon itself. The appendix includes a discussion of the Synoptic problem and “Q.” Each chapter ends with a few items for “Further Reading” as well as a series of “Study Questions.” In the bibliographies, you will see names like Gorman, Bruce Longenecker, Keener, Bock, Luke Timothy Johnson, deSilva, Bauckham, and, of course, Witherington. These short reading lists are a goldmine for busy students who need a quick suggestion for further reference.

The acknowledgement reveals that the textbook was “field-tested” by several teachers, including David deSilva, Craig Blomberg, Craig Evans, Todd Still, and Darrell Bock.

I will be perfectly honest with you: I am always impressed with how lucid and cogent are Witherington’s explanations and arguments. He has a way with words and his knowledge of the New Testament is hard to match. One might find his emphasis on wisdom in the Gospels overdrawn, or his estimation of a “rhetorical” approach to Paul’s letters excessively high, but otherwise I was humbled by this textbook – he is a gifted teacher and highly capable scholar.

One sticky area for any author of such a textbook is handling of the authorship of the Pastorals and the General Epistles. You might know that Witherington leans on the conservative end (as I do), but he doesn’t argue that Paul wrote all 13 letters himself. For the Pastorals, he entertains the possibility (in his opinion, likelihood) that they were “penned” by Luke, with Paul’s permission. He does an admirable job, in such a short space, making his case.

Who would use this book? I think undergrad theology/religion/Bible majors appear to be the primary target. Also, this would work well in an advanced church group. I really appreciate that Witherington knows what questions are on the minds of modern readers of the NT (particularly evangelicals). If you are looking for a reliable guide to “First Things” in the New Testament, look no further! 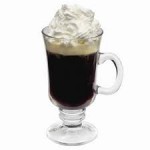 July 21, 2013 Violence in the OT--- Part One
Browse Our Archives
Related posts from The Bible and Culture

Evangelical
A Review of Witherington's Writings from the U.K.
The Bible and Culture
TRENDING AT PATHEOS Evangelical