The Well Assured Results of Scholarship?—- Not So Much

The Well Assured Results of Scholarship?—- Not So Much July 24, 2013 Ben Witherington 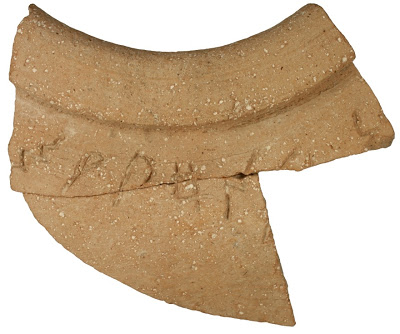 Not infrequently you will hear scholars talk about the ‘well assured results of critical scholarship’. Any time you hear that phrase you should pay very close attention to what follows it, and the claims that are being made. For example, some scholars have argued that we have no real evidence of literacy or more specifically of Hebrew literacy from as early as the time of King David (10 century B.C.). I think we do have such evidence, for example, from the scepter pomegranate discussed in BAR some years ago. But now we have another kind of evidence.

At the dig at the Ophel (the northern part of the city of David which is south of the Temple Mount) Eiliat Mazar has found something important. You can see it in the picture above. What we are talking about is an inscription on a neckless pithos jar, one of six found at this dig.

Here is an excerpt from Matthew Kalman’s article on the find which he kindly sent me….

“The inscription is engraved in a proto-Canaanite / early Canaanite script of the eleventh-to-tenth centuries BCE, which pre-dates the Israelite rule and the prevalence of Hebrew script.

Dated to the 10th century BCE, the artifact predates by 250 the earliest known Hebrew inscription from Jerusalem, which is from the period of King Hezekiah at the end of the 8th century BCE.” 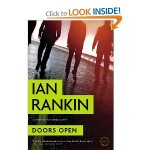 July 25, 2013 Doors Open--- A Different Kind of Rankin
Browse Our Archives
get the latest from
The Bible and Culture
Sign up for our newsletter
POPULAR AT PATHEOS Evangelical
1

Evangelical
A Warning from Jesus to Bad Mouthing Politicians---...
The Bible and Culture