It’s hard to pull off a good spoof or satire or parody without the comical becoming too over the top, or better said for a spy spoof, too much overkill. Here to start with is the official explanation of the story in Red 2.

“In RED 2, the high-octane action-comedy sequel to the worldwide sleeper hit, retired black-ops CIA agent Frank Moses reunites his unlikely team of elite operatives for a global quest to track down a missing portable nuclear device. To succeed, they’ll need to survive an army of relentless assassins, ruthless terrorists and power-crazed government officials, all eager to get their hands on the next-generation weapon. The mission takes Frank and his motley crew to Paris, London and Moscow. Outgunned and outmanned, they have only their cunning wits, their old-school skills, and each other to rely on as they try to save the world-and stay alive in the process.”

Let’s say what’s good about this film. First of all the A list actors in this film are all in excellent form and a treat to watch. The acting in this film is so much better than most of the summer drivel in the theaters, words fail me to tell you how much better it is.

Secondly, the settings are all fun– Paris, London, Moscow, to name a few. It’s like Bond, only a funny Bond. You will be entertained for an hour and 56 minutes, which is no small thing if you are starved for some half-way decent entertainment. Neither the actors nor the movie takes itself too seriously. But this brings me to why this film is not as good as the first RED movie, even though it has added Red Square.

As the ads say, this RED 2 flick is bigger, badder. The directors just couldn’t resist the tendency to try to go bigger with the stunts, badder with the villains, more stunts, more booms. Unfortunately this is done at the expense of the humor. More humor less booms would have served this film well. There are a few good lines in the film (see the caption in the header above) and Malkovich and Willis and Mary Louise Parker are terrific together as the old gang gets back together to save the world.

And one has to say that the development of the relationship between Frank and his girl is good— he’s over-protective, she’s wanting more action. In fact, she wants a gun, ’cause everyone in America has a gun’. And Frank gets advice for the lovelorn and hen-pecked from Marvin and Victoria (aka Malkovich and Mirren). All that is well done and cute. It’s nice to see Anthony Hopkins play a nutty scientist as well. Not exactly as convincingly diabolic as Hannibal Lecter, but still, bad enough. So one shouldn’t complain to much about this film. Still, it could have been better.

In short, better dialogue, plot and humor and a bit less bang for the buck and this could have been a great tongue in cheek secret agent spoof. As it is, we will take it, as it isn’t a bad sequel to the first RED movie. As Hopkins character ironically says ‘bet you didn’t see that coming’. Actually we did– put too much money into the hands of directors who do action flicks, and you inevitably get more bangs more booms, more stunts…. and less real plot, humor, and dialogue. 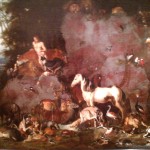 July 26, 2013
Religious Art from the Speed Gallery at Singletary
Next Post 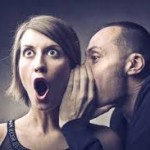 July 28, 2013 'Gossip is the Devil's Radio'-- Gospel is the Savior's Radio
Browse Our Archives
Related posts from The Bible and Culture

Evangelical
How Not to Interpret the Bible. Part Six--...
The Bible and Culture
TRENDING AT PATHEOS Evangelical