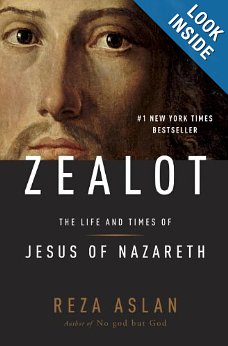 (THE FOLLOWING IS A POST BY MY FRIEND AND FELLOW N.T. SCHOLAR LARRY HURTADO,WITH WHICH I WHOLEHEARTEDLY CONCUR. THIS THEORY HAS BEEN REFUTED SO MANY TIMES IT DOES NOT DESERVE TO SHOW UP ON PRIME TIME TV (FOX ARE YOU LISTENING? THE APPEARANCE BY THE AUTHOR ON FOX APPARENTLY CATAPULTED THIS BOOK INTO THE TOP 5 ON AMAZON. SHAME ON YOU.).

One of the things variously amusing and annoying is the re-appearance of ideas and claims in my own area of expertise as if something new, something suppressed (e.g., by us scholars supposedly) and reeeeally racy and sensationally important that are in fact simply re-hashings (or re-packagings) of previous claims that were quite adequately and convincingly discredited years (or even decades) ago. I call these “zombie claims”: No matter how often you kill ’em off with the facts, they come back again, typically after sufficient years have passed that the news media will have forgotten the previous appearance(s) (and the memory of today’s news media is impressively short).

Indeed, in today’s world of internet and e-communication, such zombie claims get a new life rather quickly, and get buzzed around the world almost overnight. The latest zombie claim to come to my attention (at least in my field) is pushed in Zealot: The Life and Times of Jesus of Nazareth, by Reza Aslan.

Aslan (a PhD in Sociology of Religion, and with his own marketing firm, and with a university connection in creative writing, but no training or demonstrated expertise in ancient Judaism, early Christianity, Roman history, or any of the subjects relevant to the book in question) pushes in sensationalist prose the supposedly shocking idea that Jesus was actually a political revolutionary who advocated an armed struggle against Roman occupation of his homeland. Apparently, since a recent Fox TV News interview, sales of the book have gone through the roof (and with that Aslan has got at least one of his main objectives, perhaps his principal one, there being no such thing as bad publicity when you want to market books, movies, etc.).

I’m not going to review the book. There are already a number out there to consult available on the internet (although I couldn’t find a single one by a scholar with established expertise in the topic of the book). My points here are these: (1) For anyone who knows the literature in the field, there isn’t anything really new or shocking about the book; and (2) Aslan’s zombie claim has been put to death in appropriate scholarly fashion several times already (i.e., in evidence and method shown to be fatally flawed).

Let’s track backward chronologically through some of the various prior appearances of this particular zombie. We can start with Jesus and the Zealots: A Study of the Political Factor in Primitive Christianity, by S.G. F. Brandon (Manchester University Press, 1967). Brandon was a respected scholar and presented what is still probably the best scholarly attempt to proffer the idea that Jesus was (or aspired to be) a political revolutionary.

A few decades earlier, we have the works by Robert Eisler, e.g., The Messiah Jesus and John the Baptist (New York: Dial Press, 1931).

But the “granddaddy”-predecessor of them all, perhaps, was the 18th century figure, Hermann Samuel Reimarus, whose manuscript on Jesus as failed revolutionary lay unpublished for a number of years until Lessing discovered it. English translations of a couple of Reimarus’ works = Reimarus: Fragments, ed. C. H. Talbert, trans. R. S. Fraser (Fortress Press, 1970); and The Goal of Jesus and his Disciples, trans. with introduction by G. W. Buchannan (Brill, 1970).

As I said, in each successive presentation, this idea has been engaged patiently by scholars and shown to be variously selective in the data (it’s called nowadays “cherry-picking” what fits your pet theory and discarding the other bits with slashing claims that they’ve been added nefariously), and inconsistent (or incoherent) in method. The result is each case is that the idea was dust-binned as a failure, and scholarship gets on with trying out and critically testing ideas and evidence. And the general public goes on to other fads and fashions.

But, wait for it, like a zombie, this sort of claim rears up again, typically presented by somebody lacking in the scholarly expertise required to test the claim adequately, but full of enthusiasm (and prospects for the income and visibility that the claim will bring). As I say, for those of us familiar with the history of matters, it’s a bit tiresome.

As an example of a critical refutation of this particular zombie claim, see Martin Hengel, Was Jesus a Revolutionist? (Fortress Press, 1971). As a summary, there are the “six theses” that Hengel published separately: (1) Any theory of Jesus as revolutionist is based on a highly selective use of the sources; (2) There was a Jewish revolutionary movement in Jesus’ time; (3) There are some similarities between Jesus’ position and that of these revolutionaries but also major points of difference; (4) The fundamental differences between Jesus and these revolutionaries were more numerous and major; (5) The evidence suggest that Jesus was hated by these revolutionaries as much as by the Jerusalem authorities; (6) Both “right-wing” and “left-wing” extremes in the ancient Jewish setting likely viewed Jesus’ teaching and actions as provocative.

So, before people get too lathered up about Aslan’s book, let’s all just take a breath. It isn’t new in its thesis. That thesis has been tried out a number of times previously, and it’s been judged in each case fatally flawed. The current controversy will sell Aslan’s book, and perhaps even generate a program (likely on Discovery Channel), and will certainly prompt lots of comment in news media, cocktail parties, and in other social settings of “the chattering classes,” largely because most won’t realize that they’re being sold a “zombie claim” (an unacknowedged re-tread). But those acquainted with the field know that “we’ve been there and done that” and it’s not worth the lather. 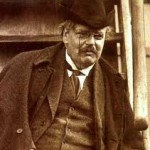 August 26, 2013 Quote of the Day-- from G.K. Chesterton
Browse Our Archives
Related posts from The Bible and Culture