The Baptism of the Holy Spirit– from another Angle

The Baptism of the Holy Spirit– from another Angle September 5, 2013 Ben Witherington 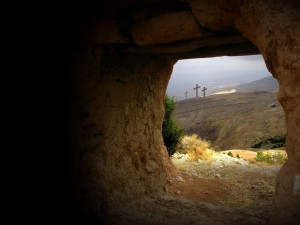 First of all, the closest we actually come in the Greek New Testament to this sort of language is in 1 Corinthians 12 where Paul says ‘by one Spirit we have all been baptized into the one body, and from that same Spirit we all drink’. Part of the issue here with the Greek is how to interpret the preposition ‘en’ which occurs twice in 1 Cor. 12.13– I suppose you could render the Greek more literally as ‘in one Spirit we were all baptized into one body….and all given to drink in the Spirit’, but in fact the first part of this verse is about agency (hence by one and the same Spirit) and the latter has to do with the Spirit being the source or resource of ongoing spiritual nourishment in the life of the believer. Several points about this crucial verse: 1) Paul is NOT describing something that happens for just some Christians (the uber-Christians), and furthermore 2) Paul is NOT describing some experience that happens subsequent to conversion that somehow boosts you up to a higher spiritual plain, gives you new spiritual gifts, and so on. No…. notice the emphasis on the word ‘ALL’ twice in this verse (it is something all Christians experience), and notice the tense of the first verse (‘were baptized’). Further notice that the point at which this happens is when one is spiritually joined to the body of Christ by the Holy Spirit. Not by water baptism (which is a separate matter Paul addresses in 1 Cor.1 where he even says— ‘I thank God I didn’t water baptize more of you’ (considering what a mess you’ve made of that matter). Paul is referring to the action of God the Spirit who joins people to Christ’s body. Nothing here said about either one of the sacraments. And if we look for a moment at Acts we will discover a variety of patterns emerge when it comes to water baptism vs. the reception of the Spirit— water then Spirit (Acts 8– Samaritans), Spirit then water (Acts 10 Cornelius). Water and Spirit closely together (the latter half of Acts 8– the eunuch), and so on. For Luke, as for Paul, the having of the Holy Spirit in a person’s life is the sine qua non of Christian existence— without it, you are not a Christian. And Paul says in 1 Cor. 12.13 that the point at which one receives the Spirit is at conversion, at the point when one is baptized into the body of Christ— not later. So already we have a problem. If you use the phrase ‘the baptism of/by the Spirit’ to refer to some subsequent to conversion experience—-you are misusing the phrase. There is also a major theological issue involved. This is not just a matter of semantics.

The issue is— the Holy Spirit is a person, not a power, not a force, not a liquid, a person. And as a person the Spirit enters a person’s life much like a baby entering a mother’s womb. Either the Spirit is in your life…. or not. You can no more have a little bit of the Spirit in your life than you can be a little bit pregnant (See my book THE SHADOW OF THE ALMIGHTY on the personhood of the Spirit). You do not get the Holy Spirit on the installment plan—- some now at conversion, and more later. It is of course true that the Spirit can get hold of more of you as time goes on. It’s called progressive sanctification. But that is a different matter. It is also true that the Spirit can give you further experiences or gifts or more fruit subsequent to conversion. That also is a different matter than what is generally meant by the phrase ‘the baptism of the H.S.’ when people ask you today ‘have you been baptized in the Holy Spirit’.

Now let me be clear. I am fine with dramatic post-conversion spiritual experiences. No problem there when they are genuine and from God the Spirit. There is however a fair bit of counterfeiting when it comes to these sort of dramatic and often extremely emotional experiences. It becomes difficult to distinguish between a merely emotive response to something, and the actual work of the Holy Spirit in doing something new in a life.

What I do have a problem with is using the phrase ‘the baptism of the H.S.’ to describe post-conversion spiritual experiences of whatever sort, and I object even more strongly to the notion that there is some one sort of post-conversion experience everyone must have to be: 1) a Spirit filled Christian (remember, the language of filling is metaphorical when applied to a person like the Spirit, and in the Bible in any case often just means ‘inspired by the Spirit’ or ’empowered by the Spirit’ not— ‘I just got a larger dose of the Spirit’); or to be 2) a genuine Christian, or 3) to be a mature Christian, and so on.

It is simply not the case that any one sort of post-conversion experience, or any one particular spiritual gift (other than the Spirit himself) is required to be a genuine or mature or true Christian. In fact Paul quite specifically makes clear at the end of 1 Corinthians 12.29-31 that not all genuine Christians speak in tongues, nor should they all expect to do so— the Spirit parcels out different gifts to different persons, and speaking in tongues is just one of these gifts, not always ‘the initial evidence’ one has the Spirit, nor even a necessary gift to be a mature sanctified believer. It’s a good gift, but not a sine qua non.

So back to our starting point. Why does all this matter? It matters because our Christian experiences are often profound and more complex than mere human words can describe. And if we use limiting words, or even the wrong words to describe our experience, we stand in danger of badly misunderstanding: 1) the meaning and purpose of the experience; 2) whether or not the particular experience we’ve had is essential or just beneficial to a Christian; and 3) whether or not we are properly representing the person who is the third person of the Trinity. Enough said. 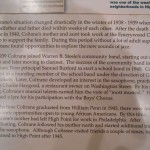 September 6, 2013 The High Point of Saxaphone Playing-- Part Three
Browse Our Archives
get the latest from
The Bible and Culture
Sign up for our newsletter
POPULAR AT PATHEOS Evangelical
1

Steven Furtick is the Most Dangerous...
The Chorus In The Chaos
Books by This Author Books by Ben Witherington