The War on Christians in the World Today 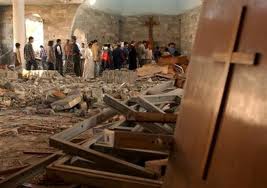 While many of us have been appalled by the recent attacks on Coptic Christians in Egypt and the terroristic acts against churches in Pakistan, what many fail to realize, including apparently the author of the recent book on early Christian martyrdom reviewed previously on this blog, is that these actions are part of a much larger pattern of such persecution and murder. Here is a quote from a recent important article on this subject (see the link below),

“According to the Pew Forum, between 2006 and 2010 Christians faced some form of discrimination, either de jure or de facto, in a staggering total of 139 nations, which is almost three-quarters of all the countries on earth. According to the Center for the Study of Global Christianity at Gordon-Conwell Theological Seminary in Massachusetts, an average of 100,000 Christians have been killed in what the centre calls a ‘situation of witness’ each year for the past decade. That works out to 11 Christians killed somewhere in the world every hour, seven days a week and 365 days a year, for reasons related to their faith.”

This deserves a WOW and makes a nonsense of people who would want to claim that Christians either: 1) have a martyr complex going all the way back to the early church, or 2) they are making it up, or 3) its been continually exaggerated. What is in fact the case is it has been enormously UNDER REPORTED. See now the article link below….

I have one small story to relate. A few years ago I did a lecture tour in Australia and then went on to lecture at an apologetics conference in Indonesia. There are lots of Christians in Indonesia and even more Muslims, and there has often been trouble including persecution and murder of Christians.

When I was there, I was told clearly enough that I was not to leave my hotel without multiple personal escorts. And there was armed security not only downstairs in the hotel but in other floors as well. Clearly there had been trouble before, and shortly after I left, there was more of these horrors. I was asked to give a public lecture about things like the Da Vinci Code and its distorted pictures of early Christianity, as well as to deal with some of the problems with Bart Ehrman’s analyses of the NT (whose books are regularly being used by Muslims to critique Christians and even in Egyptto justify vilifying them. I have had a letter from Christians in Egypt telling me true stories about such things in Aswan and Cairo).

Now fortunately, I have been spared the sort of persecution many I have met have faced, endured, and some have died from. So if you ask me why I get upset with attempts to minimize the sufferings of Christians and their martyrdoms in the various ages of Christian history, it is precisely because this is a historical distortion of the truth, and in worst case scenarios it is like those who try to deny or minimize the truth about the Holocaust in WWII.

People of course would like believe such horrors seldom if ever happen. They would like to believe that all people are basically good at heart. The Bible tells a different tale when it comes to the persecution of God’s people whether Jewish or Christian, and so does history, even modern history, even contemporary history. Think on these things.

October 27, 2013
Martin Hengel on History and the Gospels-- Part Four
Next Post 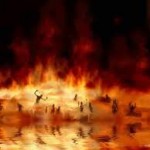 October 29, 2013 Hell and Halloween
Browse Our Archives
Follow Us!

What's Lost with the Dying of...
Anxious Bench
Related posts from The Bible and Culture

Evangelical
Little Women and Bombshell-- Proto-Feminism??
The Bible and Culture

Taking Sermon Notes “Unfulfilled Dreams” - Listening to...
Listen to the sermon. Listen to the people interacting with the preacher,...
view all Evangelical blogs
Copyright 2008-2017, Patheos. All rights reserved.