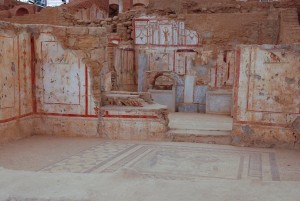 Here is an excellent post from Larry Hurtado reminding us that it is wrong to say that early Christianity was largely made up of impoverished slaves, women, minors, and the rural poor. This, is a complete myth. See below

Just occasionally, there have been blog comments reflecting the old assumption that early Christianity was a movement made up simply of “illiterate proletariat”. That was a view often touted (even among scholars) until several decades ago. But, as the work of scholars seems to take a loooong time to filter out to “popular/general” circles, the sort of comments that I mention still arise. (Indeed, a few times a particular person, who appears to be stupid as a fence-post, has referred to “ignorant goat-herders” as his/her sobriquet for early Christians. I know of no goat-herder among them, however!)

So, although this will hardly be news to anyone familiar with scholarly work of the last several decades, I thought it perhaps helpful to point to this work for others. Essentially, a continuing line of studies has shown from various types of evidence that early Christian circles were comprised of people of a variety of social levels. To be sure, we have indications that some were very poor and some were slaves. So, the old stereotype was not totally wrong, just a stereotype, and so wrong.

Indeed, early Christian writings give us what may seem a surprising amount of “prosopographical” information about early believers (i.e., information about particular believers, as to ethnicity, gender, age, social status, wealth, etc.). Commonly cited as the pioneering (and later influential) study is Edwin A. Judge’s little book, The Social Pattern of Christian Groups in the First Century (1960). Also worth noting is his later article, “St. Paul and Classical Society,” Jahrbuch für Antike und Christentum 15 (1972): 19-36. Judge showed both the macro-structures of Roman-era society (vertical lines of relationship of higher/wealthier people connected with various lower levels of people dependent on them for employment, etc.), and also then evidence that early Christian circles seem to have a similar shape.

So, we see references to individual with property, houses, and financial means, these folk acting as hosts for early circles of believers, who met in their homes. It also seems that in at least some cases these higher-status/better-off individuals took on certain leadership roles (essentially, because their prior experience in directing households, business ventures, etc., gave them the aptitude for this).

The prominence of texts in early Christianity, from the letters of Paul onward (which comprise fairly substantial literary works in some cases) further shows that there were also people of some ability in composing them, and others capable of reading them (both for themselves and reading them out/aloud for other believers).

Just to confine ourselves to studies of first-century Christianity, subsequent works include these, which have obtained wide scholarly affirmation: Gerd Theissen, The Social Setting of Pauline Christianity (1982); A. J. Malherbe, Social Aspects of Early Christianity (2nd ed, 1983); Wayne A. Meeks, The First Urban Christians: The Social World of the Apostle Paul (1983). And, to take things on into the second and third centuries CE, e.g., D. J. Kyrtatis, The Social Structure of the Early Christian Communities (1987).

Here’s a sample from Meeks’s now-classic work, The First Urban Christians (pp. 72-73): “the most active and prominent members of Paul’s circle are people of high status inconsistency . . . They are upwardly mobile, their achieved status is higher than their attributed status.” That is, e.g., people involved in trade, business, etc., whose energy and abilities enabled them to acquire a social status that they didn’t inherit or have by way of being born into a traditional elite class.

There’s much, much more to note. But this will do, hopefully, to steer interested readers toward a more accurate, less simplistic, view of the social makeup of the earliest circles of Christian believers. 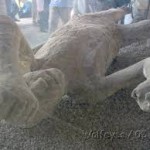 December 4, 2013 Philomena-- The Magdelene Laundries
Browse Our Archives
get the latest from
The Bible and Culture
Sign up for our newsletter
POPULAR AT PATHEOS Evangelical
1

Why Evangelicals Are So Disliked, Part...
Cranach
Books by This Author Books by Ben Witherington

Evangelical
Praying A Hedge of Protection???
The Bible and Culture

The Surprising, Spiritual Side of Margaret Mead
Today we welcome Elesha Coffman back to the Anxious Bench. Elesha is...
view all Evangelical blogs
Copyright 2008-2020, Patheos. All rights reserved.