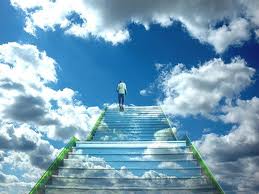 Here is a small part of an article about the conversation Ted Turner recently had with Wolf Blitzer…. see what you think…

Turner’s rocky relationship with his supreme being, assuming there is one, stems back to childhood.

When he was very young, he dreamed of being a missionary. Then his little sister, Mary Jean, got sick at age 12. He watched as she suffered terribly from a rare form of lupus and complications that left her with brain damage and screaming in pain for years until she died. It shook his faith profoundly.

He could not understand why any God would let an innocent suffer.

“She was sick for five years before she passed away. And it just seemed so unfair, because she hadn’t done anything wrong,” he said. “What had she done wrong? And I couldn’t get any answers. Christianity couldn’t give me any answers to that. So my faith got shaken somewhat.”

He once walked into the CNN newsroom on Ash Wednesday and, spotting several staffers with smudges on their foreheads, blurted out, “What are you? A bunch of Jesus freaks? You ought to be working for Fox.”

He has said famously that “Christianity is a religion for losers,” even though some of his closest friends have a deep and profound faith.

“He knew I was a Christian when he said that,” said former President Carter. “Ted had a tendency to say things like that just to be provocative. And to stir people’s interest. But later he retracted that statement.”

Carter continues to hope his friend will someday “have a profound religious experience.”

Turner said he respects the position of his religious friends, but he’s a skeptic by nature. He described himself as an agnostic, although as a younger man he was an atheist, and virulently anti-religious. These days, he keeps the door open a crack. He allows for the possibility.

“When I have a friend that’s dying of cancer, I say a prayer for them,” he said.

To whom does he direct the prayer?

Fonda said she believes Turner’s childhood traumas left him so protective of himself that he had trouble opening up emotionally. But, she said, he does want to get into heaven. And, she said, he’s a shoo-in.

Finally, with our 23 minutes with Turner ticking down, we’ve gotten his full attention. We let him in on what Fonda has told CNN about his heavenly prospects:

“Given his childhood,” Fonda said, “he should’ve become a dictator. He should’ve become a not nice person. The miracle is that he became what he is. A man who will go to heaven, and there’ll be a lot of animals up there welcoming him, animals that have been brought back from the edge of extinction because of Ted. He’s turned out to be a good guy. And he says he’s not religious. But he, the whole time I was with him, every speech — and he likes to give speeches — he always ends his speech with ‘God bless.’ And he’ll get into heaven. He’s a miracle.”

Turner listened intently. There was a long pause. Was he tearing up? Finally, he spoke.

“Did she say I was gonna buy my way in?”

The old Ted Turner — the one who made billions and won the America’s Cup and the World Series and launched CNN — probably would have tried to buy his way in. But the do-gooder Ted is earning his way in by saving bison and other endangered species and fighting for the oceans and preserving 2 million acres of ranch land and standing up for women and supporting causes near and dear to the United Nations.

That Ted Turner gets into heaven, by Jane Fonda’s accounting.

He has said he “can’t see myself sitting on a cloud and playing the harp day in and day out.” So what is Ted Turner’s notion of heaven?

“Montana in the summer.” 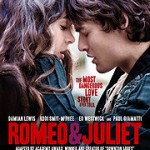 December 13, 2013 Christmas Season-- It's Time to Come Home!
Browse Our Archives
get the latest from
The Bible and Culture
Sign up for our newsletter
POPULAR AT PATHEOS Evangelical
1

Christianity vs. Christendom?
Cranach
Books by This Author Books by Ben Witherington

Evangelical
Do You Speak Southern?
The Bible and Culture
TRENDING AT PATHEOS Evangelical