The Vatican’s Top Ten Pop Albums of all Time 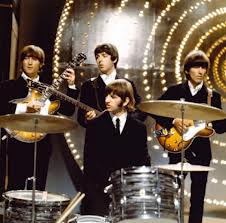 The following was a release by Daniel J. Wakin in the NY Times, after the Vatican released its list of Greatest Pop Hits, or was that Pope Hits? Boo, hiss to the final snarky comment about Bob Dylan.

“The official newspaper of the Holy See, L’Osservatore Romano, has published what it called a “semi-serious” guide to the Top 10 pop albums of all time. In first place was the Beatles’ “Revolver.” The next was “If I Could Only Remember My Name,” David Crosby’s first solo album, followed by Pink Floyd’s “Dark Side of the Moon.” The newspaper published its list on Saturday, before the start of the San Remo festival, an over-the-top Italian competition of pop music that is widely watched on television. The rest of the list: “Rumors” by Fleetwood Mac; “The Nightfly” by Donald Fagen of Steely Dan; “Thriller” by Michael Jackson; Paul Simon’s “Graceland”; “Achtung Baby” by U2; “(What’s the Story) Morning Glory” by Oasis; and Carlos Santana’s “Supernatural.” The writers of the article ended with a shot at Bob Dylan, praising his “great poetic vein” but saying he was excluded from the list for a major fault: paving the way for generations of dilettante singer-songwriters who have “harshly tested the ears and patience of listeners, thinking that their tortured meanderings might interest somebody.” 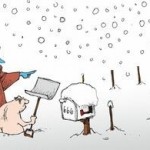 February 8, 2014 Dallas Buyer's Club-- Caveat Emptor
Browse Our Archives
get the latest from
The Bible and Culture
Sign up for our newsletter
POPULAR AT PATHEOS Evangelical
1