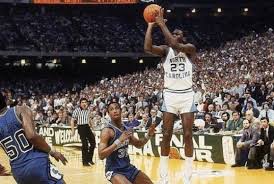 It was reportedly Vince Lombardi who said ‘winning isn’t everything, it’s the only thing’. This mantra replaced ‘winning isn’t everything’ and the earlier one ‘it’s not whether you win or lose, it’s how you play the game’. And when winning became the be all and end all of all sorts of sports and competitions, ethics went right out the window, down the street, to the airport, and flew off into the sky never to return. Things have gotten progressively worse in big time college athletics, but also in professional sports as well. As a part of the coarsening of the culture we have not only the ‘win at any cost attitude’ we have blended that with ‘it’s o.k. to be abusive, vulgar, rude, unkind and a host of other things as long as you are a winner’. America divides itself into two categories— winners and losers, as if all of life was a zero sum game. Notice, not into categories like ‘honorable or shameful’ or ‘good person or bad person’ but ‘winners and losers’. And the media just glamorizes all this and promotes it.

The ethics of recruiting, coaching, public speaking, personal behavior have all declined dramatically in the sports world during my lifetime, while increasingly violent and bloody sports have been on the rise and even on the television (anyone for watching two women bludgeon each other into a blood mess in mixed martial arts pay per view??). I mention this because this did not happen in the sports world by accident. The sports world mirrors the larger culture and its general ethical decline as well. The proof of this of course is that watching sports has increasingly become more and more a kind of voyeurism where we enjoy watching others suffer, enjoy trash talking other human beings, enjoy other people losing more even than seeing ‘our’ team win, in some cases. And what can we say about networks that tell you ‘you might want to turn away now so you don’t see this man have his leg crushed by a 300 pound defensive tackle…. which of course leads to more people watching it! This is not a good thing, it is a sickness.

So lets say a few things about the win at any cost attitude. Let’s be clear that the villains are not just the teams, or coaches, or programs, or the media. The villains are also the fans especially the fanatical boosters who flame the fires of unethical behavior, just so ‘their team’ can win.

In the first place, there is nothing wrong with winning per se. Winning as a result of a game well played, played within the rules, with players who play by the rules and strive for excellence in their field is just fine. It is not however the most important thing at all. Far more important is: 1) your health, 2) what sort of disciplined person, a person of good character, you become through learning the lessons of playing a game well and to the best of your ability; 3) contributing to a team effort and learning how to be a team player; 4) learning how to be coachable, which is to say learning how to learn, learning how to receive the lessons you are given, and apply them to your everyday life, and not just on the court. Who you are and who you have become at the end of a sporting career is far more important that whatever you have accomplished on the court or field of play.

The ‘just win baby’ attitude of course opens the door wide to dirty play, cheap shots, bad coaching, unethical behavior, in other words it leads to a ‘win at any cost’ attitude, and by the way ‘do it soon, do it quickly’. Like Judas at the last supper coaches are warned by boosters and administrations “what you are about to do, do it quickly”, or else you are fired. This whole attitude has also led to the ridiculous escalation of coaching contracts at major schools, since coaches will be quickly hired and fired depending on whether they follow the ‘just win baby’ mantra and produce champions. One might well want to ask coaches a variant of a question Jesus once asked “what good is it if you gain multiple championships and the oh so brief and fleeting admiration of your fans and institution and in the process lose your soul?”

Almost gone are the days when good sportsmanship and ethical play is deemed as or more important than winning, even occasionally. When is the last time you heard of a team willingly and voluntarily forfeiting a game when it was discovered that a player cheated, or shaved points, or was actually ineligible?

Winning, it turns out, is one of the new drugs of choice in America, and many Americans are addicted to it, and will pay almost anything to obtain it. Is it really the case that our lives are so empty, our work so boring, our joys so few that without having a winning team to pull for, we are like a ship without a rudder, adrift through life without purpose or direction?

Perhaps you have noticed that sports teams now have ‘nations’, not just fans but ‘nations’ (Tiger nation, Red Sox nation etc.). Is this because we have lost our primary sense of belonging to something bigger than ourselves, say for instance to God and his people, or even to our nation, and we have substituted our sports team as the basis of our sense of identity and belonging?

And then of course there is the problem of the whole culture of fame and fortune. Is the goal in life really to be famous and rich? Even though ‘money can’t buy you love’ and fame is so fleeting we talk about having one’s fifteen or even five minutes of fame in life? How pathetic is it to see some ‘famous’ person whose very life has been made a train wreck by fame itself? How pathetic is it to see people on TV who are just famous for being famous— not because they have any special talents or abilities or skills or contribution to society? I have a song to share about all this from old friend Don Henley….. see what you think as a commentary on modern American culture….and the media that reports it. What’s wrong with ‘just win baby’? Almost everything, as it turns out. Almost everything. 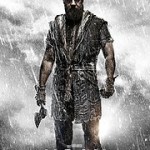 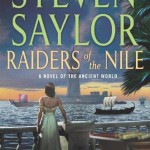 Mark of the Beast? Microchips to...
Hedgerow
Related posts from The Bible and Culture

Evangelical
The Peter Principle-- Part Twenty
The Bible and Culture

Evangelical
The Peter Principle-- Part Nineteen
The Bible and Culture

Moving Beyond Relational Martyrdom to Relational Wholeness
Have you ever heard the phrase “relational martyrdom ”? Well, I hadn’t,...
view all Evangelical blogs
Copyright 2008-2017, Patheos. All rights reserved.