The Pilgrimage— Israel: Part One

Why do people make pilgrimages to Israel? Do they think God is more present in Israel than in other lands? Do they think they need to make such a trip to get closer to Jesus? Why do already baptized people want to be rebaptized in the Jordan? Doubtless, there are lots of different reasons Christians go to Israel, and most of them don’t go just because they got a good deal on a ‘tour’. Touring is one thing, a pilgrimage is another. I was fortunate enough to lead a tour to Israel and Turkey for two weeks in May with 29 hearty souls on pilgrimage, and we had a blessed time and a blast as well. It was all good. In the coming weeks I will be sharing some of the pictures and experiences from this trip and we will be talking about. The first port of call— the town that Herod built as his harbor town— Casarea Maritima. Herod viewed himself as in the mold of the great Hellenistic rulers— hence grand building projects like this harbor town and the Temple in Jerusalem, and much more. 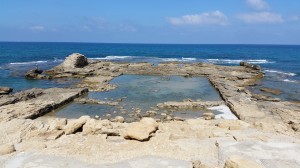 Herod wasn’t satisfied with building a harbor, and his own palace complete with swimming pool by the sea (see above), he also built a theater, and a hippodrome there as well, and it became the official residence for the Romans and their troops when they took charge after Archelaeus was despatched in about 6 A.D. or so. This is where Pilate lived, and he and his troops would go up to Jerusalem periodically, especially at Festival time. 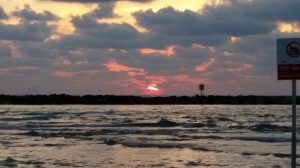 Sunset over the Mediterranean from Caesarea Maritima. 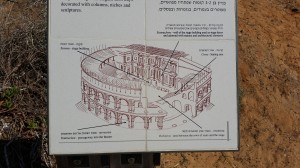 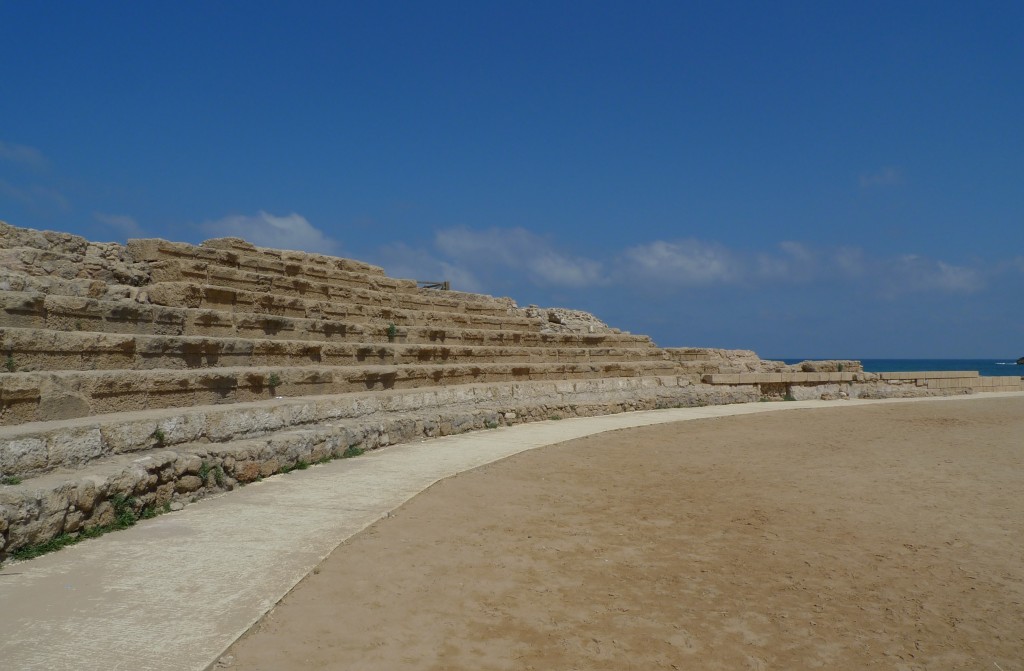 Imagine a bunch of stampeding hippos running around this oblong circle. O.K. it was horses, but hippus is Latin for horse (and hippopotamus means water horse). 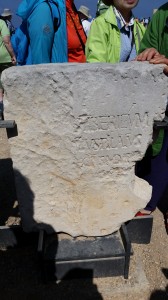 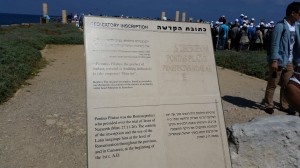 Check out the Pilate inscription found at Caesarea Maritima. The original is in fact in the Israeli museum in Jerusalem.

Christians of course have another reason for being interested in Caesarea Maritima, since Paul was detained here (along with Luke) for two years, and then sent to Rome for trial. But everywhere at this site we see the footprints of the Romans… 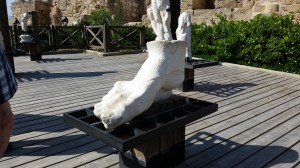 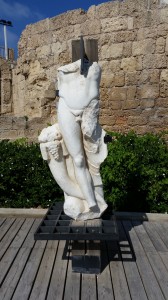 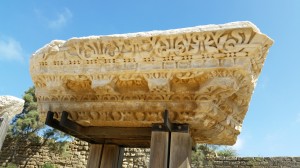 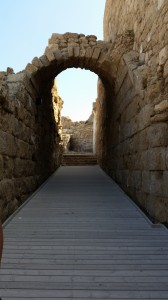 we need to remember that this city became an important Christian center, first for the likes of Philip and his daughters, and then continuously through the following centuries, leading up to Eusebius of Caesarea, the father of church history. It bears further exploration, and it’s nice that so much recent archaeological work on the hippodrome and other sites have been undertaken (there are some 30,000 archaeological sites in Israel!). 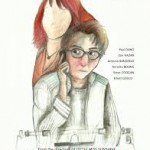 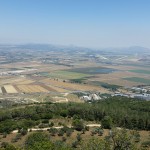 Evangelical
Quote of the Day-- Richard Bauckham
The Bible and Culture

Evangelical
Quote of the Day- H. Richard Neibuhr
The Bible and Culture

Marxists on Bernie Sanders and the Revolution
In order to take Democratic front-runner Bernie Sanders' ideology seriously, we should...
view all Evangelical blogs
Copyright 2008-2020, Patheos. All rights reserved.