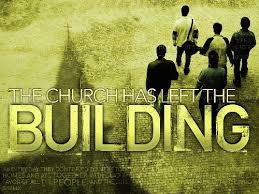 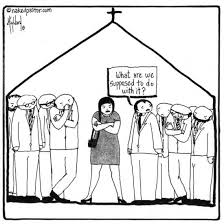 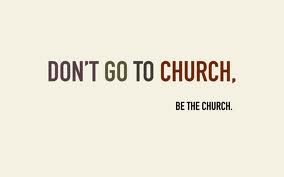 Scholars have often debated why it is that the church of Constantine’s period looks so very different in various respects from the earliest church. What were the factors which led to the change or transformation of the early Christian movement, so that by the time we get to Constantine and thereafter the roles of men and women in the church have changed, and indeed the church becomes much more like an OT institution than one like what we find in the letters in the NT itself? While it would be possible to mention many factors which led to significant changes in the church, it is possible to isolate five major ones.

Firstly, there is the obvious fact that the church became increasingly and overwhelmingly an entity populated by Gentiles. Yes, there were Jewish Christians still in the broad stream of the Christian movement well into the early Middle Ages, but their numbers gradually dwindled, one might almost say withered, in the heat of rising anti-Semitism in the church. Let’s be clear that already in the first century A.D. we have clear evidence that Romans showed anti-Semitic tendencies of various sorts, and Jews were often ridiculed in the Roman writings of Juvenal and others. As the church became increasingly Gentile in character, this attitude carried over into the church, and grew like a cancer within the church. Even church fathers like Chrysostom, who otherwise had many virtues, reflected this strong rising tide, and tendency to blame Jews for a lot of things— not least for the death of Jesus. Obviously, the earliest followers of Jesus were all Jews— Peter, James, John, Paul and so on. By the time we get to Constantine in the fourth century just the opposite is the case. And with this sea change, came the rising tide of anti-Semitism.

Secondly, there is the loss of what I will call horizontal eschatology, which is replaced by, at least by emphasis if not in toto, by a vertical eschatology. What I mean by this is that after several of the prophetic and eschatological movements in 2nd century Christianity, the vibrant sense of the possible imminent return of Christ was lost. It was not as if the church abandoned a belief in the Second Coming of Christ, but it ceased to be a guiding hermeneutic which led folk to sit lightly with the institutions of this world— governments, marriage, economic institutions (including slavery), and so on. This was in turn replaced by a focus on dying and going to heaven. Now this change is not really very surprising in an increasingly Gentile Church because the Greco-Roman world associated afterlife with something that happened in another world, the Underworld, or the fields of Elysium in a few cases. The Greco-Roman world did not believe in resurrection of the dead, nor other eschatological ideas like the return of a savior figure to transform space and time.

Thirdly, along with these two changes came the resurgence of patriarchy, not only as the model for normal family life, but also as the hierarchial structure that would dominate church life as well. Whereas, in the first and second centuries we see efforts to change patriarchy within the physical family structure, and to affirm that roles in the church should be determined by calling and gifting and not by gender, already in the second century in various contexts women were increasingly being prevented from playing important roles in the church, and they eventually heard the cry ‘get thee to a nunnery’, so that they could only exercise leadership roles in relationship to other women. This stands in contrast to what we find in the NT where we have women teachers, preachers, deacons, prophetesses, and even an apostle (Junia), and we continue to see some evidence of this in the second century (see the Acts of Paul and Thecla). But we should not talk about this development without turning now to the fourth one— the arising of strong asceticism.

Fourthly, whatever the sociological roots of the rise of asceticism as an ideal for those wanting to be truly holy, truly sanctified, the theological roots can be traced to a defective theology of the goodness of human sexuality, and human sexual expression. In part this reflects the loss of a theology of creation which affirms the goodness of being male and female, the goodness of the one flesh union they can share, and the importance of the creation order mandate— ‘be fruitful and multiply’. When the ascetical and even Gnostic tendencies reared their ugly heads in church history, suggesting that after all matter/physicality/physical expressions like intercourse are tainted whereas only ‘spirit’ is good, we are off to the races with a belief that sex is an unholy activity, a necessary evil at best, and marriage in the main is just a remedy for concupiscence. None of this comports with the Biblical theology of creation and of family and of the joys of parenting. Even when the latter was affirmed as a limited good, it was seen as a ‘less holy’ calling than being a eunuch for the Lord, remaining celibate for the sake of the kingdom.

Fifthly, the last factor may seem an odd development in light of the loss of a positive OT theology of creation, but it is nonetheless a real one. I am referring to the hermeneutical move that led to the reinterpreting of NT ministry and roles and holy days in light of OT institutions. Whereas, in the first century church there were no priests, except Christ the heavenly high priest and the priesthood of all believers, by the time we get to the medieval church ministers have become a class of priests, and this, based on Leviticus, meant males only. There was furthermore the reinterpretation of the Lord’s Supper as in itself a ‘sacrifice of the mass’, the reinterpretation of churches as temples, the reinterpretation of the Lord’s day as the Sabbath, and so on. This OT hermeneutic, applied to NT institutions and practices was to guide both the Catholic and the Orthodox traditions from the early Middle Ages until now! Even now. But frankly, this whole approach bears little resemblance to what happened in house churches in the first century A.D. where the only sacrifices were those of self (Rom. 12.1-2) and of praise (see Heb. 13).

Let me be clear that it is historically inaccurate to blame Constantine for these changes. Patriarchy, loss of horizontal eschatology, the dominance of Gentiles in the church coupled with the rise of anti-Semitism, the rise of asceticism, and the OT hermeneutic had already changed the early Christian movement from a movement to a religion like many another Greco-Roman religion, the heart of which was priests, temples, and sacrifices. Constantine simply allowed the underground church to be an above ground legitimate enterprise. He did not determine its character, which had already been largely formed.

None of this, and I do mean none of this, was good news for women and their roles in the church, unless they were content to be involved in the growing monastic movement. What is clear is that the radical tendencies in earliest Christianity, including the leveling effect of pronouncements like Gal. 3.28, had been sublimated, denied, buried, reinterpreted as a part of the resurgency of patriarchy in the Christian movement and the rise of a two track model of holiness (there are the ‘saints’ who are uber-holy, not least because they don’t engage in sexual activities, and then there are the plain old ordinary Christians— a distinction the NT knows nothing of).

Of course there are many more factors we could list to provide an explanation for why the fourth century church looked so different from the first century church, but these, in my view are the most obvious and salient factors. And yet there was hope— because with the canonization of the Bible, including a specific 27 book NT canon, there was enshrined a revolutionary potential involving both women and men, that like a ticking time bomb might explode at any time, and lead to one church reformation after another, after another, as the church realized that it had strayed far from the original vision of Christ and his apostles.

December 5, 2014 A Diet of Worms
Browse Our Archives
Related posts from The Bible and Culture