The Prince of Peace— Part Two 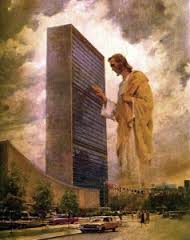 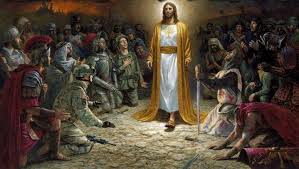 One of the usual ploys used to domesticate the teachings of Jesus about non-violence is to point to a couple of texts which might suggest Jesus was perhaps not quite as much like Gandhi (or vice versa) as many have believed. Wendell Berry in his recent book Blessed are the Peacemakers deals succinctly with these texts, and in devastating fashion. He refers to “the two passages that loose interpreters might interpret as justifying war: Matthew 10.34-37 and Luke 22.35-38”. He then retorts– “In both these passages Christ is using the sword as a metaphor for the divisions He foresaw as resulting from His teaching and influence. If belligerent Christians wish to understand these passages literally, then they must explain why Christ speaks in the first passage of ‘a’ sword, and in the second of ‘two swords’. He clearly was not raising an army.” (p. 5). As Berry goes on to say there are many passages in the Gospels which make clear the two just referred to can’t possibly be taken literally and do justice to all these other passages, including the entire Sermon on the Mount.

December 23, 2014 The Prince of Peace-- Part Three
Browse Our Archives
get the latest from
The Bible and Culture
Sign up for our newsletter
POPULAR AT PATHEOS Evangelical
1