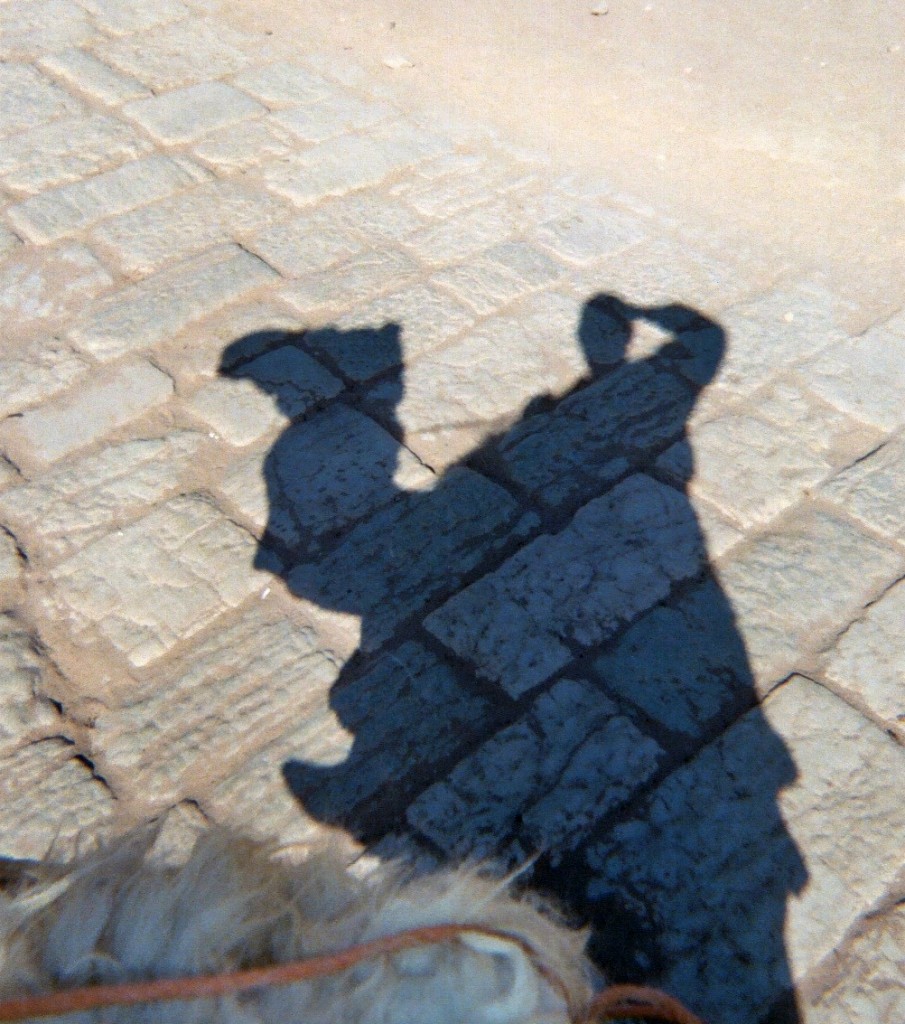 News Weak— “The Problems with Kurt Eichenwald’s screed entitled “The Bible: So Misunderstood it’s a Sin”

It is all too easy these days to bemoan Biblical illiteracy and castigate fundamentalists for their misuse of the Bible, and provide compelling evidence that in regard to both matters our culture is guilty as charged. Were that all that Kurt Eichenwald, (a writer for Vanity Fare with exactly no credentials or expertise to warrant his write an article on the Bible for a national news magazine), was ranting and raving about in his Christmas present to our nation, served up in the Dec. 23rd issue of Newsweek magazine, then one might pass over this article with benign neglect as an op-ed piece at best.

But in fact early in this lengthy article Eichenwald says the following: “This examination—based in large part on the works of scores of theologians and scholars, some of which dates back centuries—is a review of the Bible’s history and a recounting of its words.” The article goes on to cite exactly three scholars, Bart Ehrman, Jason David BeDuhn (a professor of religious studies, who has a terminal degree in ‘comparative religions’ not the Bible), and Richard Elliott Friedman (who does indeed have a terminal degree in the Hebrew Bible, rather than the New Testament) who can hardly be called representative of the spectrum of non-fundamentalist Biblical scholarship in general, even in America. There is, in short, no evidence whatsoever in this article that ‘scores’ of theologians and scholars’ have been consulted. There is also no evidence that there was any attempt to be fair and balanced in the scholars one would cite or draw on to base conclusions in this lengthy article.

In this regard, this article is light years away from some of the helpful pieces by Richard Ostling or David van Biema or other fair-minded journalists in past years who actually know the field about which they are writing, and the spectrum of views held by scholars and pastors in regard to the Bible. In regard to either of the issues of familiarity or fairness Eichenwald gets a failing grade as a journalist. Indeed, ironically he serves up the very same sort of biased interpretations and polemics that he accuses fundamentalists of, not without some justification. And here is where I say fundamentalism is basically a mindset, not a position on the theological spectrum. Believe it or not, there are fundamentalist liberals in our land as well as fundamentalist conservatives. In both cases, what characterizes them is rigidity of opinions and the failure to evaluate all views critically, including their own. In short it involves a bad mixture of arrogance and ignorance.

This is not merely misleading, it’s historically incorrect! It is not true that the original manuscripts are hopelessly remote from us and cannot hope to be recovered. Nor is it the case that the vast majority of modern preachers are oblivious to the actual state of the Biblical text that stands behind various modern translations. This is not only a caricature of the majority of America’s clergy, it is an even worse caricature of the state of play in regard to the text criticism of the Bible. As Dan Wallace, one of the real experts in text criticism of the NT, says in his own critique of Eichenwald’s article, “we have Greek manuscripts—thousands of them, some reaching as far back as the second century. And we have very ancient translations directly from the Greek that give us a good sense of the Greek text that would have been available in those regions where that early version was used. These include Latin, Syriac, and Coptic especially. Altogether, we have at least 20,000 handwritten manuscripts in Greek, Latin, Syriac, Coptic and other ancient languages that help us to determine the wording of the original. Almost 6000 of these manuscripts are in Greek alone. And we have more than one million quotations of the New Testament by church fathers. There is absolutely nothing in the Greco-Roman world that comes even remotely close to this wealth of data. The New Testament has more manuscripts that are within a century or two of the original than anything else from the Greco-Roman world too.” (http://danielbwallace.com/2014/12/28/predictable-christmas-fare-newsweeks-tirade-against-the-bible/).

Exactly. Rumors that we cannot recover the vast majority of the original substance of the Biblical text are false. Indeed, the doyen of all text criticism in the last 50 years, Bruce Metzger of Princeton (the teacher I might add, of both Bart Ehrman and myself) was willing to say that we can know with a high degree of certainty what about 90% of the NT originally said, and in regard to the rest which is textually dubious, no major doctrine or theological or ethical principle is at issue in these variant readings. Of course you might not know this from reading the sensationalistic fare that Eichenwald has read, for instance Ehrman’s Misquoting Jesus (critiqued in detail on this blog a long time ago), but apparently Eichenwald has not gotten the memo that even Ehrman backs off from some of his more strident claims from time to time.

Is it true however that John 7.53-8.11 and the so-called long ending of Mark (Mark. 16.9-20) are likely not an original part of the New Testament? Eichenwald goes some lengths to point this out, and he is actually likely right about this, but sadly for him it simply refutes his own previous argument that ‘we can’t really know what was in the original text of the Bible’. If we can’t know that, then of course, we can’t know these two passages were not part of the original text of the Greek NT. So which is it Mr. Eichenwald, because you can’t have it both ways? Can we establish with a high degree of probability what the NT originally said, such that we could conclude that because these two passages are not part of our earliest and best Greek manuscripts, then they are likely later additions, or not? Or are we simply ‘lost in translation’ in regard to such matters? It is amazing to me that an article with so many self-contradictory statements and obvious errors of fact could even have been published in a major news periodical. This is not journalism, this is shoddy, yellow journalism, rightly so-called.

Then there are many further problems when Eichenwald tiptoes into the arena of actual exegesis. For example, talking about Phil. 2.5-11 he says “the Greek word for form could simply mean Jesus was in the image of God. But the publishers of some Bibles decided to insert their beliefs into translations that had nothing to do with the Greek. The Living Bible, for example, says Jesus “was God”—even though modern translators pretty much just invented the words.” Anyone who has studied the Greek text of Phil. 2.5-11 will know that the Greek word in question is morphe which is not the word for ‘image’ but rather for ‘form’. These are two different terms and two different concepts. What morphe means is the outward manifestation of the actual nature of something. It doesn’t refer to the mere appearance of something. This is why diverse translations, not just conservative ones have rendered the verse in question ‘being in very nature God, he did not consider the having of equality with God something to be taken advantage of”. In other words, here as elsewhere Paul is perfectly happy to include Jesus within the definition of deity. Indeed this very passage refers to how he pre-existed and took on human form.

It may be an old canard, but it still remains a falsehood that the idea of the deity of Christ was later imported into the NT text through dodgy translations like the KJV. This is wrong both historically and theologically. Furthermore, Jesus was prayed to and worshipped from the very beginnings of early Christianity, something Jews (and all the earliest Christ followers were Jews) would only do if they believed that person was part of the divine identity. As the great German scholar Martin Hengel demonstrated a long time ago, the earliest Christology was very high Christology, and it is found in the letters of Paul, our earliest Christian documents. This is not something foisted on the NT by later orthodox translators.

At times Mr. Eichenwald seems to lose his grasp on what could possibly count as a contradiction. He brings out that tired old argument that the Christmas story in Lk. 1-2 contradicts the Christmas story in Mt. 1-2. Indeed, he argues ‘contradictions abound’. Really? Just because one Gospel mentions shepherds and another mentions magi visiting Jesus after his birth does make these stories contradictory. Different yes, but contradictory no. A contradiction requires that one source claim ‘A is true’ and the other claim ‘A is not true’. It would have been better if he had started by noting that both Matthew and Luke affirm: 1) that Jesus was virginally conceived, and therefore Joseph was not his biological father; 2) that Jesus was born in Bethlehem during the reign of Herod the Great, and 3) that the family lived not in Bethlehem, the birth place, but rather in Nazareth, which is why Jesus came to be called Jesus of Nazareth in all four Gospels.

A careful reading of the genealogy in Matthew 1 would have led to the conclusion that not even Matthew suggests that Jesus was the biological son of Joseph. This is why Mary suddenly appears at the end of Joseph’s genealogy! Jesus’ connection with her is the only way Jesus could get into that genealogy. In short Mr. Eichenwald should have listened to better scholars and a broader and fairer representation of scholarship instead of just the deconstructionists who would like us to believe what Paul Simon once said about another matter– it’s “all lies and jests, still a man believes what he wants to, and disregards the rest”.

In fact Christianity is an historical religion, based on a certain irreducible amount of historical substance. It is not a mere religious philosophy, nor a mere collection of religious opinions. It makes claims about history, again and again, and as such it must be evaluated on the basis of such historical claims. From a Christian point of view, nothing can be theologically true that is historically false, if claims are actually being made about history in this or that passage. Christian belief is not a mere ‘matter of opinion’. It is a set of beliefs based in facts and their interpretation. It is not mere ‘chicken soup for the soul’.

I could go on and on about the errors of method, fact, and interpretation of the Bible, its translation, and Christian history in this article which stretches to an amazing 24 pages ‘full of sound and fury, but signifying nothing’ but I will simply say this— Eichenwald’s article is opinion strong, and news (and facts) weak, precisely what he accuses fundamentalists of. And that is not ‘good news’ for a once proud magazine that once strove to be a presenter of fair and balanced journalism, even about the Bible and early Christianity.

January 7, 2015 One Picture is worth........
Browse Our Archives
Related posts from The Bible and Culture