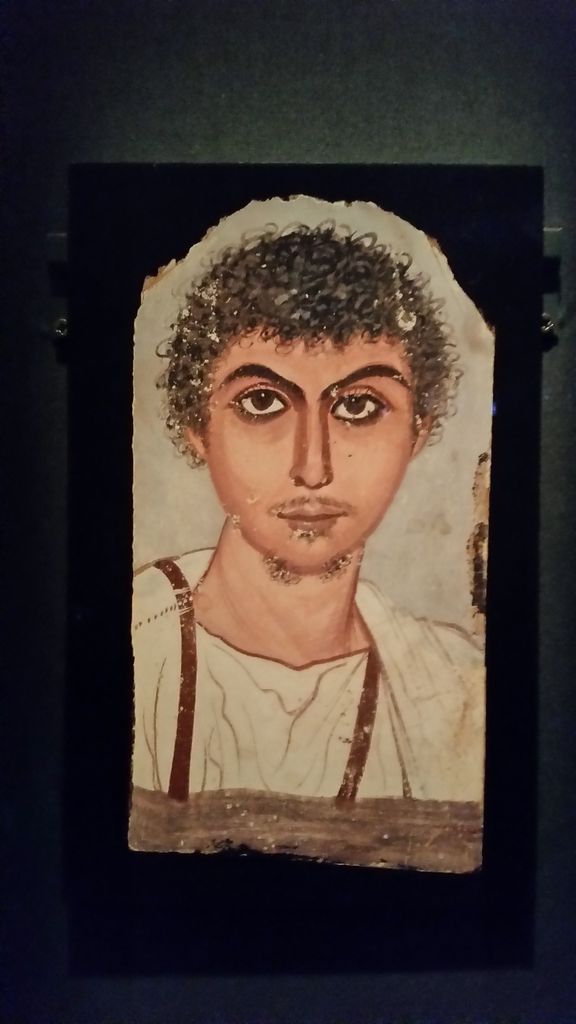 Sarcophagi and mummies have proved to be goldmines when it comes to the finding of recycled papyri materials. This is what we are dealing with in this new discovery.

Craig Evans, who is most certainly a careful scholar, has announced the discovery of a piece of Mark’s Gospel that may well date to 80-90 A.D. making it by far the earliest portion of any NT book yet found. Here is the link to the article in the Washington Post, and be sure to watch the embedded video clip as well.

This artifact does not suffer from the problem which so many pieces of antiquity do, as it is properly ‘provenanced’, namely we know exactly where it came from— from an Egyptian mummy mask. As Craig explains in the video, older, used papyri with writing on them were often taken and repurposed, used as a sort of papier mache material for the inside of a mummy mask. It was in this context that the text was found. The fragment has been dated three ways: 1) carbon dating; 2) epipgraphical analysis, and presumably the dating that the mummy mask itself suggests (i.e. if you can date the mask, then obviously the material used to make it must come from before then).

We must await the publishing of the materials and the evidence for these claims, and then the vetting of the claims by peer scholars, but thus far, it looks like Craig is on to something big!

Craig has now sent me a clarification of a few facts about the find…. as follows….

“Last summer I gave a presentation on the number, age, and reliability of New Testament manuscripts. In this lecture I described the effort under way in recent years to recover manuscript fragments, including biblical manuscripts, from ancient cartonnage, including mummy masks. All of these materials are from Egypt. Just over three years ago a fragment of Mark was recovered, which those studying it think dates to the 80s. If they are correct, this will be the first New Testament manuscript that dates to the first century. The fragment is to be published later this year (by E. J. Brill). Someone video-recorded my lecture and posted it on YouTube. Last week a reporter, Owen Jarus, from Live Science contacted me and I gave him an interview. What he wrote was posted on Sunday 18 January 2015 and is accurate. However, other journalists have made use of his story and/or the video on YouTube and have misunderstood some aspects of it, claiming incorrectly that I was myself the discoverer of the fragment of Mark or that research on the papyri recovered from the mummy masks is going on here in Nova Scotia. Some have also posted a photo of a mummy mask giving me credit for the photo. The photo is not mine. I have directed reporters who inquired to the person to whom the photo does belong. Unfortunately, not all reporters inquired. The Live Science link is http://www.livescience.com/49489-oldest-known-gospel-mummy-mask.html.”

January 21, 2015 The Wake Up Call--- a Sermon in Estes Chapel
Browse Our Archives
Related posts from The Bible and Culture

Weddings as the End vs. Weddings as the...
Traditionally, says Michael Warren Davis, weddings were seen as a beginning, the...
view all Evangelical blogs
Copyright 2008-2021, Patheos. All rights reserved.