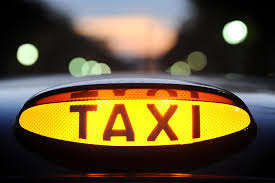 While many Christians know that the English word ‘taxi’ comes from the Greek word for ‘quick’, what is decidedly less well know is that the mistranslation of the prepositional phrase ‘en taxei’ has led to all sorts of wrong conclusions about the eschatology of the NT. While en taxei can in some contexts mean ‘soon’ telling when something will happen, in Lk. 18.8 and in various other places in the NT it likely has the adverbial sense of ‘quickly’ telling ‘how’ something will happen. (cf. Acts 12.7; 22.18; 25.4; Rom. 16.20; 1 Tim. 3.14; Rev. 1.1; 22.6). There is furthermore precedent in the LXX for the phrase meaning quickly or suddenly—Josh. 8.18-19; Psalm 2.12; Ezek. 29.5 and see Sir. 27.3. How is this a game-changer in terms of interpreting key eschatological texts in the NT? Let’s take a few examples.

In Rom. 16.20 Paul speaks of the crushing of Satan under the feet of the Roman Christians. This is of course an allusion to the story in Genesis about the serpent being trampled under foot. Paul is exhorting the audience to not involve themselves in evil doings but concentrate on obeying God and doing good. Notice that it is said that God will do the crushing. Here it seems clear that the point, a point regularly made by Paul, is to leave justice in the hands of God (see Rom. 12-13). God will, with dispatch or speedily take care of the matter. The focus is not on the timing of the event but on the quality of the action. When God acts, he acts with dispatch. This is not a promise that something will happen soon.

Or again consider Lk. 18.8. The parable is about a long period of time before the woman is finally vindicated, but when she is vindicated, it happens suddenly, quickly, unexpectedly. Similarly in Acts 12.7, Peter is not told ‘rise up soon’ but rather ‘rise up quickly’. The angel wants him to move right now, not soon. The same can be said about Acts 22.18- action with dispatch, quick action is called for.

Rev. 1.1 and 22.6 can be taken together. Let us first note, that if the phrase in these two passages meant ‘soon’ or ‘shortly’ as the KJV had it, then John was simply wrong. He had misunderstood the revelation he received. Instead, the whole tenor of the Book of Revelation makes clear he is :1) addressing his own immediate audience in the seven churches, and reassuring them about God’s divine judgment; 2) he in fact tells them that that judgment transpires over a long period of time, and is entirely in the hands of the Lamb. So Christians shouldn’t ever try to take judgment into their own hands, even the saints under the altar in heaven who cry out how long are told to be patient and leave it to God. Christians are called to be prepared to be martyred, not to be prepared to get ready to rumble or be raptured; 3) and that final judgment is coming after a series of preliminary and disciplinary judgments described in Rev. 6ff. John is simply affirming that Jesus will come with dispatch and take care of things in God’s good timing. He is not affirming ‘Jesus is coming back soon’!

Indeed, I am prepared to say that there is no promise in the whole of the NT that Jesus is coming ‘soon’, in other words, a promise about the timing of the event. This is entirely a result of misreading the Greek text. Let me point to one further example. In Phil. 4.5 we have a different word ‘eggus’. It means ‘near’ and so the phrase says ‘the Lord is near’. Too many persons have simply jumped to the conclusion that this means ‘temporally near’ and so poor Paul is going for the eschatological jackpot, predicting a soon return of Christ long before it ever happens. However as I have shown at some length in my book Jesus, Paul, and the End of the World Paul is here paraphrasing a Psalm which refers to the temporal, not spatial nearness of God. He is near to those who call on him. This text has nothing to do with the eschaton.

I could go on, at length but I will simply summarize some key points and leave it to you to read the aforementioned book (and see as well Craig Hill’s book In God’s Time): 1) there is no basis of near term predictions as to when Jesus will come back (whether you are thinking of a rapture, which is not a NT idea, or the second coming). God has no desire for us to be engaging in prognostications about such things, which is an all too human attempt to get a grip on our future, rather than leaving it in God’s hands. God reveals enough of the future to give us hope, but not so much that we don’t have to live by faith every day, don’t have to live with the possibility that Jesus may come back any day— sooner, or in fact much later. 2) the thief in the night motif which is used in various portions of the NT to describe the character of the second coming means it will come at a surprising, unpredicted time, a time when many will not be awake, alert, and more to the point not prepared. 3) all the events described in Mark 13 as to happen within a generation of Jesus’ death, including the fall of the Temple in Jerusalem, already did happen in the first century A.D. and will not be fulfilled again. By contrast the brief mentions of the second coming in Mark 13 say that that event is NOT presaged by historical events on earth, but rather only by cosmic signs in the heavens. See my commentary on the Gospel of Mark for more details. It was typical of Biblical prophecy that near term events were juxtaposed with much more distant events without any explanation or specification of the length of time between the preliminary eschatological events and the final ones at Christ’s return.

The Christian should have great expectations about the coming of Christ, and the certainty of his return at an unknown time (see Mk. 13.32), but they should not succumb to prognostications and calculations—- which in 2,000 years of church history have all had an 100% failure rate! 100%!! Enough said.

January 24, 2015
Gilbert and Sullivan meet the Biblical Philologist
Next Post

January 26, 2015 The Newsroom-- The Second Season
Browse Our Archives
get the latest updates from
The Bible and Culture
and the Patheos
Evangelical
Channel
POPULAR AT PATHEOS Evangelical
1