The Animals went in Two by Two– Yet Another Flood Account 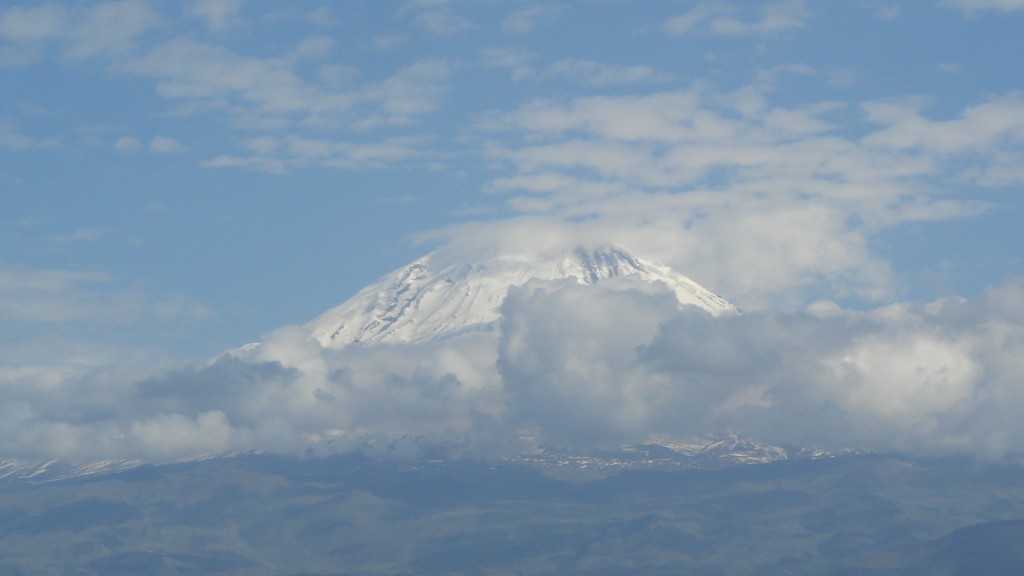 Our fried Pete Williams, the warden of Tyndale House at Cambridge had this recent report on the finding of yet another flood account, this one perhaps from about 1700 B.C. or so. Here’s the report….

The animals went in two by two …

There were many interesting discoveries relating to the Bible in 2014, but perhaps Irving Finkel of the British Museum may be congratulated for making one of the most interesting. Finkel, an expert in the ancient cuneiform writing used by the Sumerians, Assyrians and Babylonians, identified one of the oldest Mesopotamian records of the great flood ever found.

There are a number of different versions of flood stories from Mesopotamia, the most famous being in the epics of Atrahasis and of Gilgamesh. What has made these flood stories so interesting to readers of the Bible has been their undeniable relationship to the biblical story. It is not just that someone builds a boat to rescue humans and animals from a flood. These stories even relate the sending out of birds at the end of the flood.

Finkel has identified an ancient copy of a flood story which is among the oldest yet discovered. We must be careful, of course, to distinguish between the age of an ancient document such as a clay tablet or leather or papyrus manuscript and the age of the text on the document. Texts could be copied for generations before the copy which survives to us. Finkel dates the actual tablet to around 1750 BC.

In a gripping narrative he tells of his discovery and of discovery of Mesopotamian flood stories in general. According to his understanding the tablet tells of a round ark, and he argues that this is the earliest form of the story.

What, however, will be of at least equal interest to some is given less prominence in his book, though he clearly found the discovery exciting.

It’s best told in his own words.

“What gave me the biggest shock in 44 years of grappling with difficult lines in cuneiform tablets was, however, what came next … My best shot at the first two signs beginning line 52 came up with ša and na, both incompletely preserved. On looking unhopefully for words beginning šana- … in the Chicago Assyrian Dictionary Š Part I ŠA-ŠAP, I found the following entry and nearly fell off my chair as a result of the words: ‘šana (or šanā) adv. Two each, two by two; OA*; cf. šina’.” (Finkel, The Ark before Noah, p. 187)

On the basis of this he not only read the new tablet as containing reference to the animals going in two by two, but also had another look at a part of one of the tablets of Atrahasis, concluding that though not all the writing was visible at the relevant point it too contained a reference to animals going onto the boat in pairs.

Of course, the nature and relationship of all these flood stories is debated, but, if the way Finkel reads the cuneiform is correct, we can learn at least one lesson.

The detail in the biblical story that the animals went in by pairs is at least a thousand years older than many scholars thought it was.

There are many parallels between the early stories in the book of Genesis and cuneiform accounts of creation, early kings and a great flood. Scholars tend to view the biblical narratives as younger cousins of or perhaps even direct descendants of the Mesopotamian versions.

It is easy to see why. The physical copies of the Mesopotamian texts are very much older than the earliest copies we have of the biblical ones.

But if Finkel is right in his reading of the text, at least one detail in the biblical story can be shown to be almost as old as the oldest copies of a great flood story.

Scholars at Tyndale House often have lively debates about the texts in Genesis, but it’s fair also to say that scholars associated with the House have often favoured earlier dates for the material than have been fashionable amongst other scholars. The debates will go on, but we should all remember this:

Don’t assume that a text is only as old as the earliest physical copy we have of it.

February 19, 2015 Forward Thinking about 'Reading Backwards'--- Part One
Browse Our Archives
Related posts from The Bible and Culture

Evangelical
Your Body-- A Temple of the Holy Spirit,...
The Bible and Culture
TRENDING AT PATHEOS Evangelical