The Way of the Wesleys– An Excellent Primer 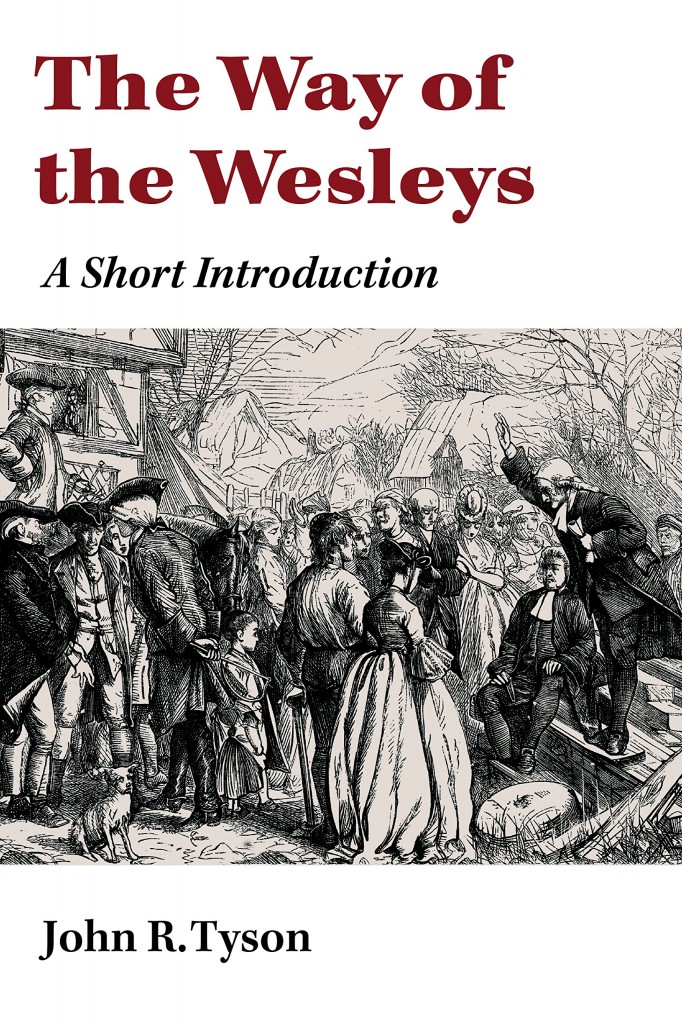 I’ve been reading Wesleyana materials for most of my life. I’m a cradle Methodist, and someday I suppose I’ll be a grave Methodist. I’ve read all sorts of books on John Wesley and on Wesleyan theology. In my opinion the very best short introduction to the theology, ethics, and praxis of the Wesley has now finally emerged! It’s very readable, it focuses on the views of both John and Charles Wesley, and unlike many studies sticks almost exclusively to the primary sources with lots of judicious verbatim quotes, and covers a whole range of topics in less than 200 pages! Wow. This is the book you can give people, or give yourself if you want to understand the basics of Wesleyan thought and practice. As it happens the author is an old friend of mine, a person I met through the John Wesley fellows program which began in 1977, funding Evangelical Methodists to do doctoral work and serve our colleges, churches, and seminaries. John Tyson, the author of this little gem, is in fact the leading expert in the world on Charles Wesley, and he agreed to do an interview about his book.

Ben: John I certainly enjoyed your primer on the theology and ethics of John and Charles Wesley. I especially appreciated the well rounded approach of including as much primary source material from Charles Wesley as from John. What was it that prompted you to write this readable little survey in the first place?

John: Ben, I do quite a few workshops, classes and seminars on Wesleyan Studies with clergy and laity, and have been looking for a resource to put into their hands as a reliable summary. As you know their are several good books on John Wesley’s theology, but not much available that brings Charles Wesley’s views into the picture as well. Eventually, I decided to do a little book that would fit my needs as professor and practitioner of Wesleyan Studies. Obviously, I hoped that it would meet the needs of others as well!

Ben: John having read through this material it seems clear that in order to create and foster revival the real focus of the theology and the ethics was on soteriology and its ethical and practical outworkings. Would you agree? Other subjects come in for discussion because they are connected with the doctrine of salvation, even including Christology and the discussion of the Trinity.

John: That is definitely true, Ben. Soteriology (Justification, New Birth, Sanctification) and the ethical posture that flows from vital soteriology is clearly front and center for the Wesleys. It was a little surprising (to me) how little they had to say about God, Christology, the Trinity, Sacraments etc. — all things which they held dear — that was not directly connected to their soteriological axis or foundation. Transformation was the key concept. Without the transformation, “vital Christianity” (as they put it) was not possible.

Ben: One of the things that is rightly said about the thought world of the Wesley is they strove for balance— balance between justification and sanctification, between personal and social holiness, between head and heart, between faith and praxis and so on. Why do you think this so characterizes these men? It’s not as though their background and upbringing and context necessarily would have inclined them in such a direction.

John: This is a good question, Ben, and one I have pondered while writing this book. There is no concrete answer from the Wesley brothers, in that they do not often speak about the sources of their thinking or theological posture. But my hunch is that this sense of symmetry and balance in them is due in part to their allegiance and absorption of vital Anglicanism. The Caroline Divines of the Restoration Era (which preceded the Wesleys) were famous for their “middle way.” I think that the brothers imbibed some of this mood through their parents adherence to Anglicanism, from their own churchmanship, and from their reading in their own tradition. A second resource for this “middle way” was probably the school of theological-hard knocks. They saw and learned first hand what happened when a person leans too far to the extreme right or left on important theological issues. I think their early controversies with Moravians, Calvinists, and Quietists, and etc. taught them things that vivified their sense of theological balance.

Ben: If you had to summarize how the Arminian theology of the Wesleys differed from that of earlier Arminianism, and here I am thinking of Jacob Arminius in particular, what would you say?

John: Well, Ben, I agree with Albert Outler, who said that “Arminius was never a decisive source for John Wesley’s theology.” I think that John (and Charles) came to their Arminianism by indirection. They clearly weren’t Calvinists, like George Whitefield or Lady Huntingdon, so they wound up being Arminians. How did their views differ from the Dutch Arminians? Good question! I think that the Wesleys showed no interest in the various Eternal Decrees which played so much a part of the Arminian debates in Holland. They worked, once again, out of the matrix of Soteriology, rather than starting with what God was doing before the foundations of the world. Their slant on Arminianism stressed a loving God (as opposed to an all powerful, Sovereign God) and an understanding of salvation that could not embrace a narrow view of the Cross and a limited offer of salvation. Their revulsion (not too strong a word) against Classical Calvinism, was based in their God-concept and their insistence that Christ died for all and could be formed in all people.

Ben: Why in your view was hymnody such an essential tool for the revival of the Wesleys, in a way and to a degree that did not characterize other revivals in church history, including those other ones existing during the 18th? I’m constantly struck by the fact that Luther generated exactly one great doctrinal hymn of reformation a Mighty Fortress is our God, but Charles Wesley created hundreds of them that are still used today. Do you think this is because the Wesleys were smart enough to realize that evangelism must address both the head and the heart if souls are to be won?

John: I think that there were several main impulses behind the explosion of Wesleyan hymnody. The one is that they came from a family of poets; it was very natural for Charles and John to put their inner thoughts and religious sentiments on paper through the media of poetry. Second, they were intentional popularizers. John is famous for saying “I speak to the bulk of humanity.” They embraced hymnody as a popular medium for proclaiming the saving and sanctifying gospel. It just so happened that it was the right approach for their time, and was hugely successful in reaching the common people. Both John and Charles were men of the heart and mind, and yes they thought other people were like themselves in that regard.

Ben: In so many ways, the Wesleys were ahead of their time, and at the same time swimming against the rising tide of the industrial revolution, capitalism, and the slave trade, among other things. When you look at their small group practices, their furtherance of women in ministry, their strong opposition to slavery, their care of orphans, their simple life styles, their charitable giving, and perhaps most especially their ecumenism, its hard not to see them as men born out of due season, and yet their revival was successful even beyond their greatest expectations. What are the factors you would point to which molded and pushed them in the directions they pursued? What beyond their own heart warming experiences explains this remarkable phenomenon?

John: Another good question, Ben, and of course there is no way of knowing for certain what caused them to be so forward looking and progressive in their approach to practical matters (such as you identify above). I think they were both well educated men, who were staunchly practical in their application of their ideas and resources. Their focus on practice brought them into direct contact with real world problems, such as poverty, injustice, oppression, etc. and their soteriology taught them that all things could and should be transformed and redeemed. So I see their progressive posture as being rooted in their broad vision, their deep spirituality, and their practical bent. It was a great combination! And it is something their modern descendants should want to recapture today.

April 24, 2015
Remember the Winter of our Discontent?
Next Post

April 26, 2015 A Fellowship of Differents
Browse Our Archives
Related posts from The Bible and Culture

Evangelical
How Not to Interpret the Bible. Part Nine....
The Bible and Culture
TRENDING AT PATHEOS Evangelical