Philip Jenkins on the Endings of John’s Gospel

Philip Jenkins on the Endings of John’s Gospel May 3, 2015 Ben Witherington 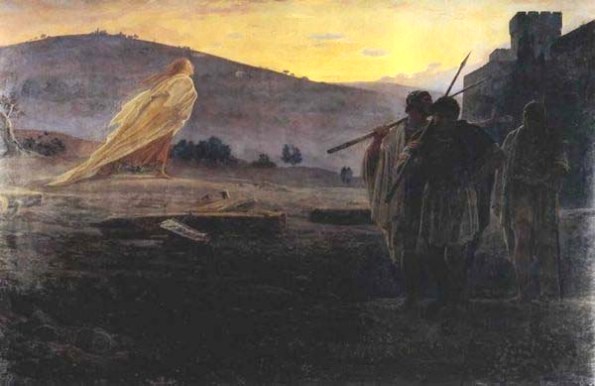 Here’s a interesting recent post by my friend Philip Jenkins, for reflection this morning. See what you think. BW3

The first Sunday after Easter was “Low Sunday,” so-called because of the anticlimactic nature of anything following the high drama of Easter itself. But the readings for the day actually tell us a great deal, not just about the Resurrection, but about the way in which the New Testament itself was composed.

In the Revised Common Lectionary, the day’s gospel reading is John 20: 19-31, the astonishing and truly eerie description of Jesus’s appearance to the apostles in the locked room, and the scene with “Doubting Thomas.” The reading then ends with a textbook example of a literary conclusion, the sort of passage you could still teach to writing students. Yes, says the evangelist, Jesus did these and plenty of other miracles that I won’t talk about here. “But these are written that you may believe that Jesus is the Christ, the Son of God, and that by believing you may have life in his name.”

The translation perfectly reproduces the effect of the Greek, in which a mighty range of concepts are crammed into the final few words, which talk about “believing,” “having life,” and ending with “his Name.” It is a wonderful epitome of the whole gospel, and arguably, the whole New Testament itself, and any more words would be superfluous. We are reading the work of a master literary craftsman.

That effect is ruined, though, if you have a whole text of John’s Gospel, which then proceeds into chapter 21, with its opening “Afterwards,” meta tauta. We then hear of Jesus’s appearance at the lakeside, and his exchange with Peter. That chapter itself ends with another fine conclusion, namely the statement that all the books ever written could not possibly contain all the amazing deeds Jesus had ever done. It is a fine ending, but it is baffling coming so shortly after the striking end of the previous chapter. (The Bible’s chapter divisions were of course introduced long after the writing of John, mainly during the thirteenth century).

What is happening here? There is no doubt that the end of chapter 20 was originally intended as a conclusion of the whole work, or rather of one version of a shorter work that is now incorporated into our Gospel of John. It wildly unlikely that one sole author wrote that passage, and then decided to follow it up with what now looks like a kind of jarring appendix. Almost certainly, a later editor or compiler has taken one or more early texts, and added to it other stories that did not entirely fit the original structure.

He is dealing with one tradition that decisively puts the Resurrection appearance in Jerusalem, but also knows another that locates it on a lake in Galilee. Several passages within the gospels we have point to some kind of Galilee scenario: Jesus repeatedly promises that he will go before the apostles into Galilee. Some scholars have suggested that something like our existing John 21 story was once more widely known as a free-floating narrative, and even that something like it was the lost original conclusion to Mark’s Gospel.

If there was one thing early Christians believed with absolute conviction, it was that Jesus was raised and that he had appeared to the apostles, even if they could not entirely agree about the minutiae of time and place. They held, with Ralph Waldo Emerson, that a foolish consistency was the hobgoblin of little minds.

Whatever materials the editor of John had to hand, he could not bear to part with either narrative, and so he builds both into a single expanded text. He offers one Resurrection story in what we now call chapter 20, and ended the passage with as definitive a conclusion as any book is ever likely to receive. And he then added on the alternate Resurrection account, presented in terms of Jesus returning once again to visit his friends, but failing to smooth over that glaring conclusion. He could easily have done so, but perhaps he recognized what a beautifully concise summary of doctrine that conclusion represented, and did not dare either to revise or purge it.

These chapters offer a telling example of how early Christian books were composed, in terms of the multiple layers and components that went to their completion, and the critical role of editors. Yet it also suggests the limitations of how far those editors were prepared to go. If they knew a story as critical as a Resurrection narrative, they were not going to abandon it, even if keeping it meant riding roughshod over all rules of consistent writing!

Philip Jenkins is a Distinguished Professor of History at Baylor University and author of The Great and Holy War: How World War I Became a Religious Crusade.

May 3, 2015 A.D. The Bible Continues--- Episode Five
Browse Our Archives
get the latest from
The Bible and Culture
Sign up for our newsletter
POPULAR AT PATHEOS Evangelical
1

The Scientist Who Calculates the End...
Cranach
Books by This Author Books by Ben Witherington

Evangelical
Why Ignoring the Rhetorical Shape of Oral Texts...
The Bible and Culture

Evangelical
The Curse of Pompeii Relics
The Bible and Culture

Evangelical
An Unconventional God-- Part Twenty
The Bible and Culture

America's Radical Moderation
America is a radically moderate nation.  That means it will be frustrating...
view all Evangelical blogs
Copyright 2008-2020, Patheos. All rights reserved.