American Mythology– You Can Be Whatever You Want to Be 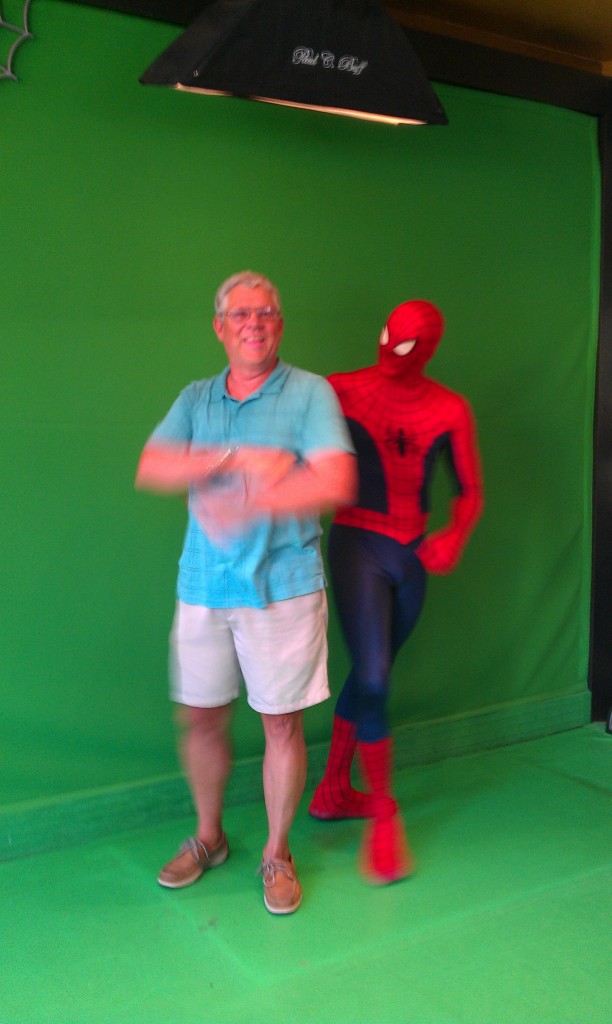 When I was young (and foolish), I wanted to be Spiderman, or at least a reasonable facsimile thereof. I even once leaped off a large dollhouse in the backyard of a neighbor, to impress a girl. I broke my arm. It was a crystalizing moment for me at nine years of age. I realized there were limits to what I could be despite the Army poster then in vogue with the slogan ‘Be All You Can Be’. There were various things I couldn’t be, and one of them was Spidey, the old webslinger. Some fantasies die hard, and some, mercifully die a quick death in youth.

I bring this up because it’s clear enough to me that America has become rather delusional on the subject of ‘you can be whatever and whoever you want to be’. For example, on the news last night was a closing story about a family with a Downs syndrome child. Pictures have circulated all over the internet of this child apparently flying. Of course the photos were photo-shopped by dear ole Dad. He airbrushed himself out of the picture. The wife is shown saying ‘these pictures are meant to convey the message that our child can be and do whatever he wants to be and do’, even apparently become Peter Pan. Frankly, this is just not true.

Unless there is a miracle, or a sudden cure for Downs syndrome, this child cannot be and do whatever it wants to be and do. For example, this child will not be able to go to college and get a medical degree and become a surgeon. I don’t want to be Mr. Buzz Kill, and I affirm the positive spirit that might suggest ‘this child can be and do more than you might expect’. Fair enough. There is some hope of that. But there is not hope under present conditions of that child being and doing whatever they want to be and do. It’s important that parents have a better grip on reality than that when it comes to having such a child. Be positive, but don’t promise the moon to yourself or your child.

And this includes the parents who recently were on the news having informed their public school that from now on their eight year old should be seen as a girl and called by a girl’s name and allowed to use girl’s bathrooms, simply because the child enjoys playing with dolls and sees himself as inwardly a girl, despite all the biology and body parts saying this isn’t so. This child needs counseling not encouragement, and so do his parents. There are psychological problems here.

And that brings us to the recent Bruce Jenner story, a truly sad and tragic story about a world class athlete. Here is a man, born a man with only male parts, who by his own admission has only been attracted to women, has been married three times, and has children. When he told his story to Diane Sawyer recently one can only weep. He explains that God made him that man who won those Olympic medals over thirty years ago, but according to Bruce “God gave me the soul of a woman, just because we all need to have stuff to wrestle with in life”. So this transgender idea was God’s plan for his life! This deserves a wow, as maybe one of the worst examples of bad theology I’ve heard in a while.

Bruce claims that since he was small, he has felt like or wanted to be a woman, and now, late in life he is taking steps to make that happen. He admits he also had thought about suicide. I have no desire to throw stones at the man, but somebody really ought to help him have a reality check and explain that he is confused, badly confused, and has been confused for a long time.

If the biology and chromosomes are one way then one needs to learn to accept and love who one is and not buy into the myth that ‘human beings have a right to choose even whether they will be a man or a woman, because you can be whoever you want to be in America’. Actually of course, this is not true. The man who would rather be a cat can’t do that. The man who is inclined to be a pedophile and act out his sick fantasies should not do that. And so on. I’m honestly surprised that apparently no one has talked to Bruce Jenner about the after effects of going through male menopause (yes there is such a thing).

What we are seeing in America now is not merely deep sexual confusion about one’s identity, but that confusion is just exacerbated by the American myth that you can be whatever you want to be. You can choose your sex, or your gender identity, or who can be your sexual partner. Somehow some forms of modern counseling and psychology have gone off the rails and affirmed even the wildest fantasies and delusions of people who really needed to be given, in a loving way, a reality check, not a blank check saying ‘be whatever your wildest dreams tell you you can be’.

Our country is becoming a less and less mentally healthy place, and when it is also a sexually confused place, there is going to be all sorts of trouble. At some point, someone ought to say to each of us, the criterion ‘whatever you’re inclined to do at the moment, and whatever you think may make you happy just now so long as it’s not hurting anyone else’ is a bad barometer by which to make decisions in life. Someone needs to say in love to people who are confused ‘if you make that choice you’re liable to hurt yourself, and disappoint yourself, as well as others.’

May 15, 2015 Alister McGrath's C.S. Lewis: A Life-- Part Twelve
Browse Our Archives
Related posts from The Bible and Culture