‘Dreams and Visions’– The Muslim Encounter with Isa 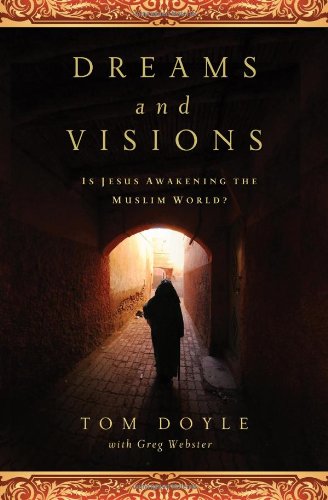 Tom Doyle has spent a lot of time in predominantly Muslim countries ranging from Egypt to Afghanistan. And what he has noticed repeatedly is that Jesus has found a back door way into the heart of Muslims whose country is basically closed to Christianity, or worse, martyrs any Muslims who become followers of Jesus. When I say back door, I don’t mean undercover missionaries or secret shipments of Bibles, though that can be involved as well. I mean direct divine intervention through visions and dreams of Jesus himself. Dreams and Visions. Is Jesus Awakening the Muslim World (Thomas Nelson 2012), is one of the more moving and eye-opening books I have read in quite a long time, and I say that as a person whom has spent a lot of time in the Middle East, and helped a couple of Muslims embrace Jesus as Lord.

At first, you may be forgiven for being skeptical about people claiming to have visions and dreams of Jesus, that is until you remember the stories of Pharaoh and Joseph, or Daniel and the King, or for that matter Saul on Damascus Road. God most definitely does use dreams and visions to reach the unreached, and even the adamantly opposed. And this book is filled with such stories from many countries. In fact the book is arranged, telling these personal testimonies country by country—Egypt, Saudi Arabia, Iran, Jordan, Syria, Iraq, the Holy Land, Afghanistan. When you are confronted by so many similar stories (Jesus’ M.O. seems remarkably consistent in these countries) it becomes impossible to simply dismiss them with a wave of the hand. And as Tom Doyle rightly suggests, it reminds us, even in an age of horrible Islamic extremism at the hands of Isis or Boko Haram or Al Quaeda etc. than God loves Muslims, and Jesus died for them too. In other words, the present world situation provides Christians with a test of their own faith— just how much do we really believe in John 3.16 and the Great Commission.

I would strongly urge all Christians at this juncture in history to read this book, and perhaps couple that with going to the Asbury website and watching the presentation of an Iranian Christian in chapel this past Spring. When you really think about it, the one thing that could really stop Islamic terrorism most effectively, is of course if those folks would come to embrace Jesus.

Or…. you can just watch the following short video…. and start praying for a massive revival in the Muslim world….. 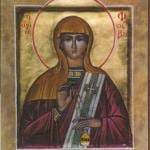 June 2, 2015
Why Arguments Against Women in Ministry Aren't Biblical
Next Post

June 4, 2015 More from Philip Jenkins on True Scholarship
Browse Our Archives
Related posts from The Bible and Culture