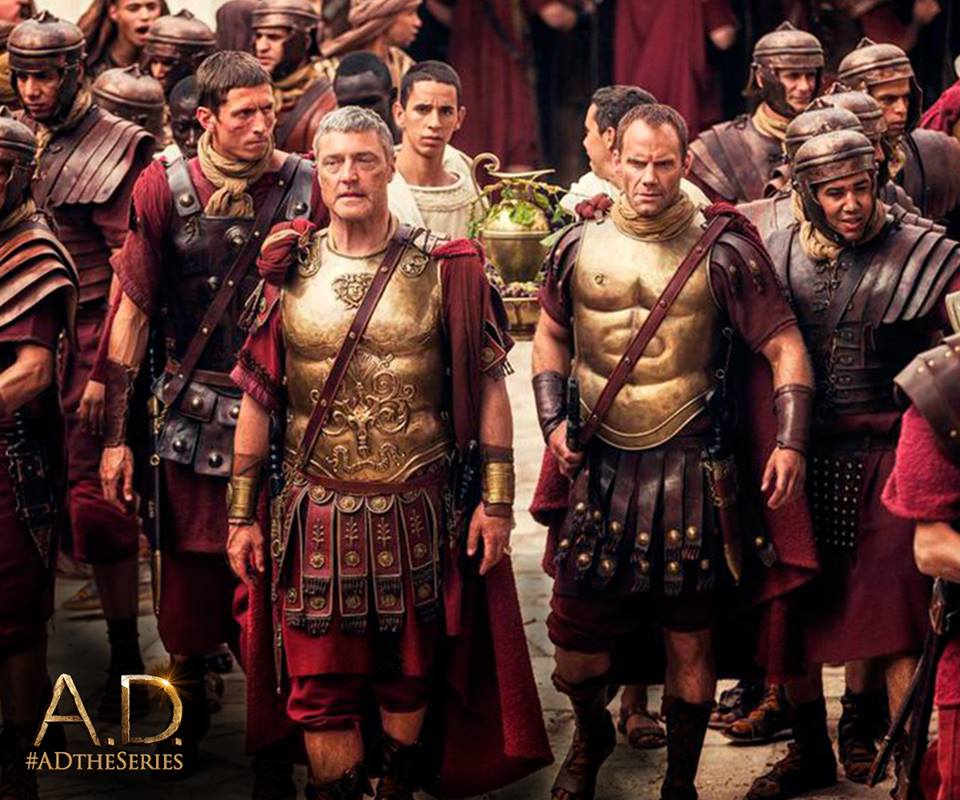 In this, the penultimate episode of Season One of A.D. the statue of Caligula still looms large as a problem for the Temple hierarchy and for the religious life in Jerusalem. The statue in reality never got to Jerusalem, but by the end of this episode it shows up in a crate on Pilate’s doorstep. The year Caligula attempted to put a statue in the Temple is A.D. 40. The other major story lines include: 1) the death of Joanna (a pity because she is probably the same person mentioned in Rom. 16 as Junia (the Latin form of the name, in which case she lived long after 40); 2) the story of the Ethiopian eunuch, and the new wrinkle in that tale is that he turns out to be a weapons supplier for the Zealots in Jerusalem, and is expelled from Jerusalem and sent packing back down the Gaza road, where he runs into Philip, and they have their discussion about Isaiah 52-53. Interestingly, this episode follows the Western Text of Acts rather than the earliest text where there is no request for his making a confession of faith, he is simply baptized; 3) the story of Tabitha continues, and her dramatic raising from the dead concludes this episode quite effectively; 4) along the way we get James negotiating with Caiaphas to allow the Christians to meet in the Temple and share their faith; and 5) more intrigue and discord between Pilate and his wife.

Some have complained about the mixture of religion and politics in this show, and wrongly in my judgment, since those two things were and are always intertwined in the Holy Land. It’s unavoidable. A more reasonable lament would be that some of the fiction created to fill in gaps does not do justice either to the political history, or some aspects of the Biblical story. But over all, judged just as story, the narrative is effectively told and the acting is good. Near the end we get a peak at what is going to happen to Cornelius, for he regrets and weeps over the unjust strangling of Joanna. Stay tuned.