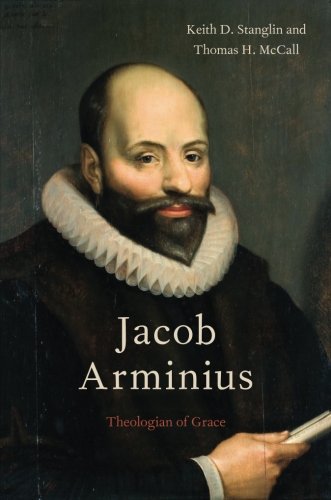 BEN: What Arminius has to say about final justification seems to exclude the idea that works of piety and charity have anything to do with it (rather he opts for simple persevering in the faith as what is evaluated at final judgment). What then does he do with texts like 2 Cor. 5.10, or 1 Cor. 3 which suggests our works will indeed be evaluated at final judgment and there will be either rewards, or the lack there of for them?

KEITH: That’s right. Arminius does not think that good works contribute in any way to salvation. I don’t (right now) recall him dealing directly with those texts that indicate evaluation of works at the final judgment. I suppose he could have seen these passages, as many Protestants do, as indications of degrees of reward for the saved.

BEN: Arminius as a pastor found various people who believed in eternal security oddly lacking assurance of salvation, and even given to despair of having saving faith in a crisis. How did Calvinism change the meaning of the term securitas from what it had normally meant earlier in Christian history? (p. 180). Did Arminius find that ‘once saved always saved’ theology led to a carelessness in regard to sin?

KEITH: I suppose one of my favorite discoveries during my dissertation research (ca. 2004) came as a result of a diachronic word study of securitas (Latin), which I documented in my first book (dissertation), Arminius on the Assurance of Salvation. Securitas/security, which comes from sine cura (“without care”), throughout Christian history almost always carried a negative connotation. It means to neglect or not to care about something that truly deserves care and needs attention. It is an arrogant presumption that says all is well when it really is not.

Sixteenth-century Reformed writers were the first ones I found who used securitas in a positive way to describe assurance. In this context, “carelessness” became acceptable because salvation was not something for the elect to be concerned with. This use of the word has carried on in modern talk of “eternal security,” a phrase that, if it is ever meant to describe a Christian’s attitude of certainty, would have been summarily rejected by pre-modern Christians. This widespread attitude in Reformed churches clearly left its mark on the Amsterdam pastor Arminius. When he attempted to fulfill his pastoral duties and admonish those in sin, he often found a negligent attitude that did not take sin very seriously. After all, they reasoned,

nothing can separate the elect from God. The result was an exaggerated assurance, which is really not true assurance at all.

On the other hand, some true believers in his congregation fell to the opposite danger, racked by despair over their salvation. “What if I am not one of the elect?” they wondered. In light of Reformed theology, it is possible for some who think they believe to really be self-deceived and not truly of the elect. If this is the case, there is nothing that they can do from their end to become elect. This lack of assurance Arminius also saw as an undesired and undesirable effect of Reformed soteriology. (Some “Calvinists” today acknowledge the same danger within Reformed theology, as noted in the very popular blog post here.)

Arminius regarded both extremes as (unintended) outcomes of Reformed theology and as distortions of the true assurance or certainty that a Christian believer ought to possess. Of these two extremes, he considered “security” to be more dangerous, because with “despair,” at least there is self-awareness of one’s situation and lack of assurance. But with “security,” one is self-deceived and unaware of the dangerous situation of falling from grace.