Paul and his Recent Interpreters by N.T. Wright– Part Four 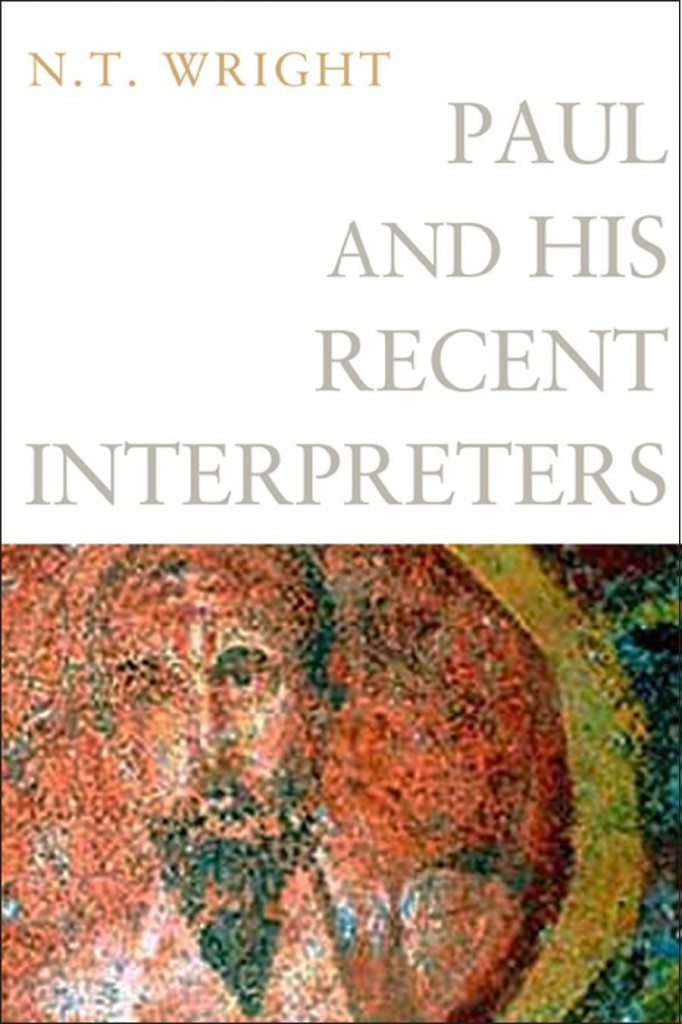 Chapter Four is entitled Life after Sanders, and here we begin to see the more radical side of the New Perspective on Paul, and why some traditional Reformed scholars have gotten their knickers all in a knot about it. Tom playfully sums up the situation as follows on p. 88:

“Nothing will ever be the same again. The new perspective on Paul – not that
there is any single thing which can now be called by that name, despite the
ambitious title of Jimmy Dunn’s collection of related articles – has burst in,
like the delightful Goldilocks, to disrupt the peaceful scene where the Three
Reformation Bears were planning to have an undisturbed breakfast. She has
sat on the chair of traditional justification-theology, and it now seems to be
broken (though they have called in the carpenters from Louisville, Sydney
and elsewhere to try to fix it). She has eaten the exegetical breakfast, scooping
up favourite texts and swallowing them whole. Now she is asleep in the
theological and religio-historical bed, claiming the private room of Pauline
studies as her own. And the Three Bears, quite understandably, are cross
about it. In some versions of the story, Goldilocks is chased away from the house,
never to be seen again, and peace can return. Part of the point of the present
book, though, is to place this nursery story (which, to be sure, carries its
own overtones in sociology and psychology, topics for which the Bears
never had much time) within a much larger set of stories in which the Bears

themselves will come under scrutiny for the terms of their tenancy. The
arrival of Goldilocks, though obviously an intruding nuisance, might then
be seen as an accident that had been waiting to happen, perhaps even the
necessary disturbance of a too-cosy household.”

It would appear that Dunn has been the real promoter of the new perspective. He thinks Sanders has Judaism mostly right but he has been highly critical of his analysis of Paul. Wright stresses that there is no uniform ‘new perspective’ but a variety of ‘new perspectives’ spurred on by the stimulus of Sander’s work. I think it’s right to recognize the diversity of new perspective views. And where I think wheels come off the new perspective train is in its interpretation of the Pauline phrase “works of the Law’ which simply cannot be reduced to the boundary defining rituals of Judaism, circumcision, keeping kosher, and sabbath observance, the rituals the practice of which separated Jews from Gentiles. What Paul means by the phrase includes these things for sure, but is not limited to these things. Nevertheless, what the phrase does NOT mean has been correctly assessment by Tom and Jimmy and others. Here is what Tom says about the matter on p. 92….

“Dunn’s solution was staring us in the face in the ancient Jewish evidence.
The ‘works’ of Torah to which Paul refers in Galatians and elsewhere, and
which he rejects as the key to justification, are not the ‘good moral works’
performed by the would-be self-help moralist whom we and many others
have thought of, with whatever historical inaccuracy, as ‘Pelagian’. They are
not the things someone might do in order to impress God. They are, quite
specifically, the things the Jew does, not in order to earn God’s favour but to
demonstrate it: specifically, to demonstrate that he or she really is a member
of God’s people. In the first century more or less everyone, whether Jew or
gentile, knew what those ‘works’ were: circumcision of male children, various
food taboos, and sabbath observance. These were particularly important
for Diaspora Jews, living outside from the holy land itself, for whom such
‘works’ marked them out from their pagan neighbours.”

What is missed in an analysis like this is that Paul’s critique of the Mosaic Law is part and parcel of his critique of the larger Mosaic covenant itself, which Paul says is NOT the covenant Christians are under. Indeed, in Galatians 4 he says that the Mosaic covenant was a temporal and temporary one until the time Messiah came to redeem those under the Mosaic Law (not just those keeping the boundary rituals) out from under the Law. Paul connections the new covenant with the Abrahamic not the Mosaic covenant, about which he says in 2 Corinthians that the ministry of Moses involves a fading glory, as part of an obsolescent covenant. In other words, Paul’s critique of ‘works of the law’ is part of a covenantal critique, which becomes a critique of any and all Reformed views that suggests either : 1) that there is only one covenant in many administrations and the Mosaic Law in some form continues to be the law of the new covenant; or 2) that we must read the Biblical story forward because Jew and Gentile in Christ should be seen as ‘Israel’, which is also not Paul’s view. His view is that Gentiles are being joined now to Jewish followers of Christ and that someday even those Jews who can still be called Israel will be joined to this new people of God when Christ returns and ‘all Israel is saved’. In other words, one must analyze the situation on the basis of the eschatological already and not yet, not on the basis of an assumption about the continuation of Israel’s story already in the church or the continuation of Mosaic covenant in the new one.

One of the areas of obvious disagreement within the new perspective scholars is over the issue of ‘the faith of Jesus Christ’ (pistis Christou), a phrase we find several places in Paul’s letters. Wright points out at length that Dunn strongly disagrees with Richard Hays on the pistis Christou debate. According to Hays, and Wright, the phrase is about God’s action in Christ, not about our faith in Christ, and so is about Christ’s faithfulness to do God’s will (not about his personal trust in or belief in Yahweh, though of course that would be implied. But the term faithfulness refers to action, including his obedience unto death on the cross—Phil. 2).

Wright suggests that the problem with Dunn’s reading of Paul is that he fails to see the narrative framework in which a phrase like pistis Christou operates, whereas Hays does see it.Wright says this failure to see the narrative framework is why Dunn rejects the extended exile argument of Wright as well. Tom puts it this way on p. 99— “the same post-Sanders world which is now doing its best to read Paul in terms not of a sharp polemic against ‘Jewish legalism’ (or whatever) but in terms of an essentially Jewish Apostle discovering,perhaps to his surprise, that the fresh revelation he believed had come from Israel’s God through Jesus Christ was the thing to which the scriptures had in fact been pointing to all along.” He then goes on to point out that Hays has come around to his view that Paul in texts like 1 Cor. 10 is suggesting not merely the the Corinthians might end up with the same fate as the wilderness wandering generation if they keep behaving as they are, but that Paul is saying that OT story is the earlier form of their own story because they are now part of Israel’s ongoing story.

Tom puts it this way: “Israel’s story is not somebody else’s history; rather, Paul addresses the Gentile Corinthians as though they have become part of Israel. They are invited to understand themselves now as descendants of the characters who appear in the pages of Scripture . . . It should
be noted that Paul is not trying to convince his Gentile readers to accept this identity
description as a novel claim; rather, he assumes their identification with Israel as a given
and tries to reshape their behavior in light of this identification.”

So Wright concludes…..
“Paul’s challenge to ex-pagan followers of Jesus the Messiah is not simply that they learn how to behave by lookingat examples from scripture. It is that they learn how to think of themselves as characters in a story, in The Story, the story of God and his people,
whose earlier chapters set out characteristic lessons which those who find
themselves in the later chapters must learn. But the overall point is this: they
are in the same story, not a different story which happens to be parallel to
another earlier one. Something drastic has happened to that story, something
which has burst in on it, turned it inside out, set the house on fire and

My own observation is that Paul does say Gentiles are Abraham’s children. What he absolutely does not say or suggest is that they are Moses’ children or part of the Mosaic covenant story, which is a very different story than the Abraham covenant story. They can learn from the bad examples from the Mosaic covenant people and period, but they were never part of that story or covenant. Never. That story has a dead end in Christ who fulfilled that covenant and is the end of that law covenant (Rom. 10.4).

August 29, 2015
Paul and his Recent Interpreters by N.T. Wright-- Part Three
Next Post

August 31, 2015 Paul and his Recent Interpreters by N.T. Wright--- Part Five
Browse Our Archives
Related posts from The Bible and Culture