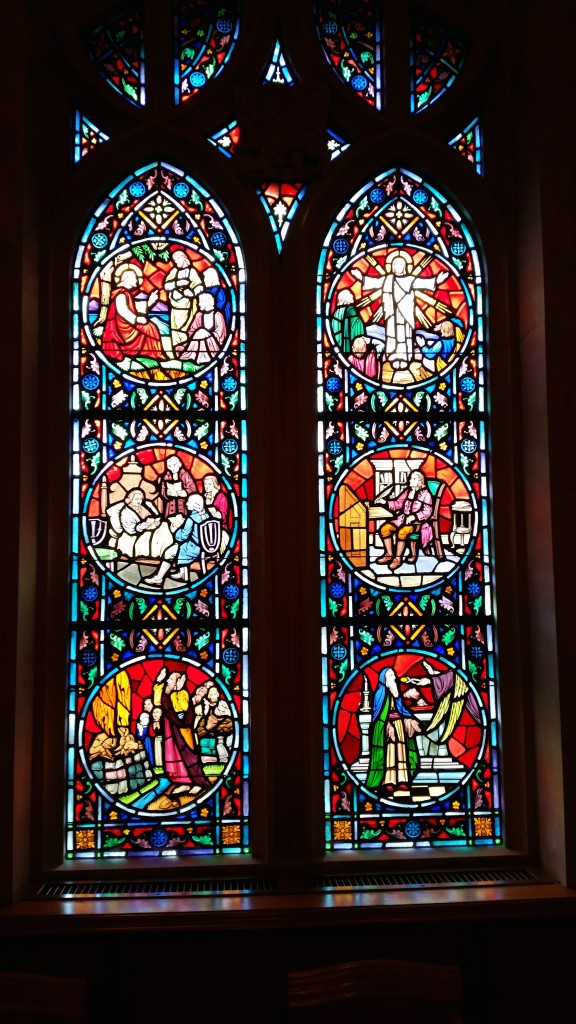 Tis the season for primaries, and since Evangelicals seem rather involved, I thought I would provide a voters guide, in regard to the kind of person one should vote for, based on the traits used to describe a follower of Christ in the Sermon on the Mount and in places like Rom. 12-13. I’m not interested in favoring one party or other, because the platform of neither is very Christian.

1) if the candidate regularly lies or deliberately exaggerates just to get attention and for rhetorical effect, then he or she should not be supported by anyone who pledges allegiance to Christ who is the Truth, and does not put up with prevaricators. There’s already too much truth decay in our country.

2) if the candidate is totally inconsistent in his or her life ethic, that person should not be supported. By this I mean they should be totally pro life…opposing not only abortion except in cases where the life of the mother is truly threatened, but also opposing capital punishment except in extreme cases ( e.g serial killers, mass murdering terrorists etc.), and absolutely opposing war as a go to solution to solve our problems. It should be a very last resort, as violence only begets violence. The same life ethic should lead to strong opposition to the proliferation of guns, especially military hard wear capable of being used for rapid killing of many persons. No one needs an ak 47 for hunting or personal protection. Being pro life also means stricter background checks not merely on immigrants entering the country, but also on those wanting to buy guns in the country. More guns in civilian hands will not make us any safer. On the contrary it will lead to more atrocities and accidental deaths. Stricter gun control in Australia and in Scotland reduced gun violence in those countries. It would help here as well. Ask your local police chief if you doubt it. It is the height of insanity to suggest that as more and more people are mentally disturbed in our land, we need more guns regularly available.

3) no candidate who whips up xenophobia or plays on people’s fears of foreigners and others who are not like them should be supported. What part of love your neighbor and love your enemy don’t you understand? Christians in any case should make decisions not on the basis of anger or fear but on the basis of faith.

4) no candidate should be supported who is the opposite in character of what Christ calls for….namely humble, courteous, kind, gentle, forgiving, even loving, self sacrificial, not an ego maniac or blowhard promoting him or herself. You get the picture.

5). No candidate should be supported that ignores or promotes the abuse of the poor, in favor of enhancing the riches of the richest 2% of all Americans. No more tax breaks for the rich, for Agrabusiness, for major companies who hide their assets in off shore banks, for companies that pollute our air, foul our streams, blow up our mountains, and basically destroy the health of their employees.

6) no candidate should be supported who refuses to work with others with whom they disagree in order to work out compromises. Politics is the art of compromise, not my way or the highway approaches. This is what has produced gridlock in Washington.

7) no candidate should be supported who supports a business model that continually ships blue collar jobs overseas just for the sake of more profits for the rich. We have lost major industries like the making of textiles and furniture all because of our lust for cheap goods. We need to repent of all that, and be willing to pay for American made products that keep Americans working.

There is so much more I could say, but hopefully this will prompt some thought and prayer about what sort of criteria we should use to evaluate candidates for high office, using Christian ethical standards to do so. You may well say to me “on that criteria, I’ve got no one to vote for.” That may well be so if you take an all or nothing approach. The better approach is to say— ‘which person least offends against these Christian criteria. Which one seems most apt to live by the Christian ethic in the Sermon on the Mount and Rom. 12-13’ Think on these things.

January 16, 2016 Archaeology and the Historical Jesus
Browse Our Archives
Related posts from The Bible and Culture