I flew directly from Istanbul to Gaziantep to meet my friend Meltem Chiftchi (my usual superb guide) and a couple of others to tour the new Zeugma museum there with its fabulous mosaics extracted from Roman villas in Zeugma before that part of the land was submerged by the new Attaturk dam waters. What was Zeugma? Actually it was twin towns on the Euphrates (on which more anon). A zeugma is actually a term for a rhetorical device, but there was a city named this which was part of the Commagene kingdom of Antiochus Commagene (on which more when we get to Mt. Nimrud). Actually the word zeugma could also refer to a bridge made out of boats, and this city was the important crossing point for the Euphrates river, both during Hellenistic and later Roman times. The city was founded about 300 B.C. by one of Alexander the Great’s generals, Seleucus, and in 64 B.C.the Romans conquered it. At its peak it had about 80,000 residents and was crucial because it controlled the spice or silk road. The remains we see today date from the Roman period. Here is an artist’s rendering of what the villas in the town which contained the mosaics would have looked like….. 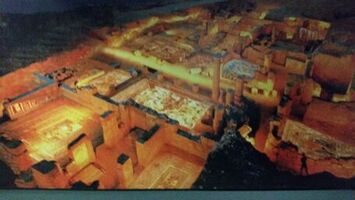 I must confess that while I was prepared to see a sparkling new museum, I was not prepared to see the quality of the mosaics within it. Clearly this was a rescue operation by archaeologists well worth the effort. Here, first is the outside of the museum….. 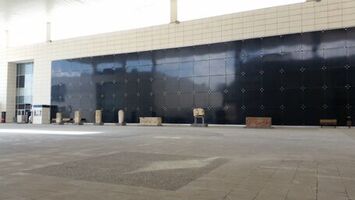 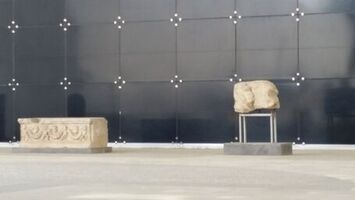 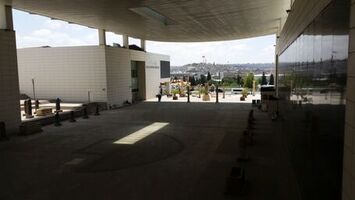 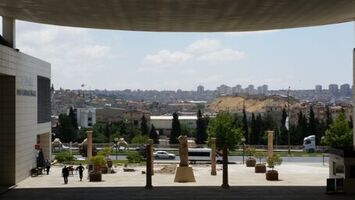 Great care has been taken in the building of this remarkable museum, and frankly its worth the trip to Gaziantep all by itself. The interior is set up as though one is touring the original Zeugma ruins and seeing the mosaics, though now in a climate controlled building. 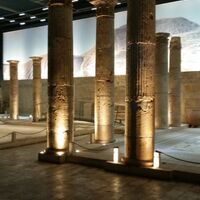 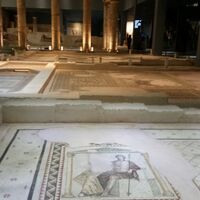 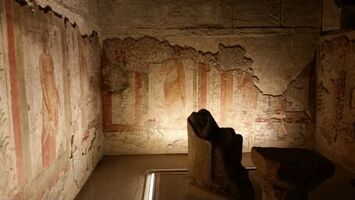 Basically, we have two sorts of mosaic floors (mixed in with a few frescoed walls), mosaics depicting geometrical patterns…. 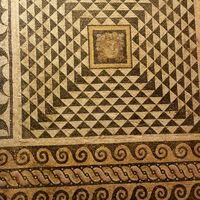 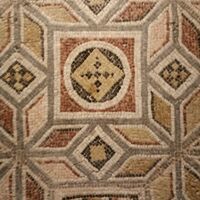 And mosaics depicting mythological figures and the occasional social elite member of the city, mostly the former. 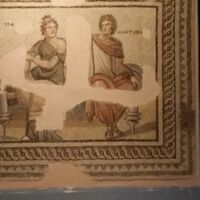 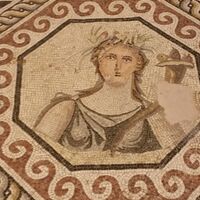 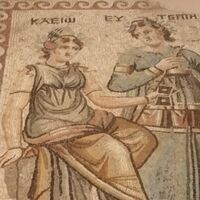 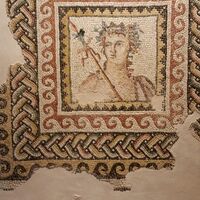 The color, quality, and preservation of these mosaics is stunning, as you can readily see by comparing these with the previous post on Byzantine Palace mosaics. Somebody was a high quality artisan, and miraculously his work has survived basically in tact for more than 2000 years. Some of the figures in the mosaics, like Cleo, are identified with Greek labels, some are not. Among other things we learn about the dress of these social elites in the Hellenistic and Roman periods. More in the next post.

June 23, 2016 Turkey 2016 Part Eight B, The Zeugma Mosaics
Browse Our Archives
Related posts from The Bible and Culture

Hymn of the Day: Of the Father's Love...
If there ever were a perfect hymn besides those found in Holy...
view all Evangelical blogs