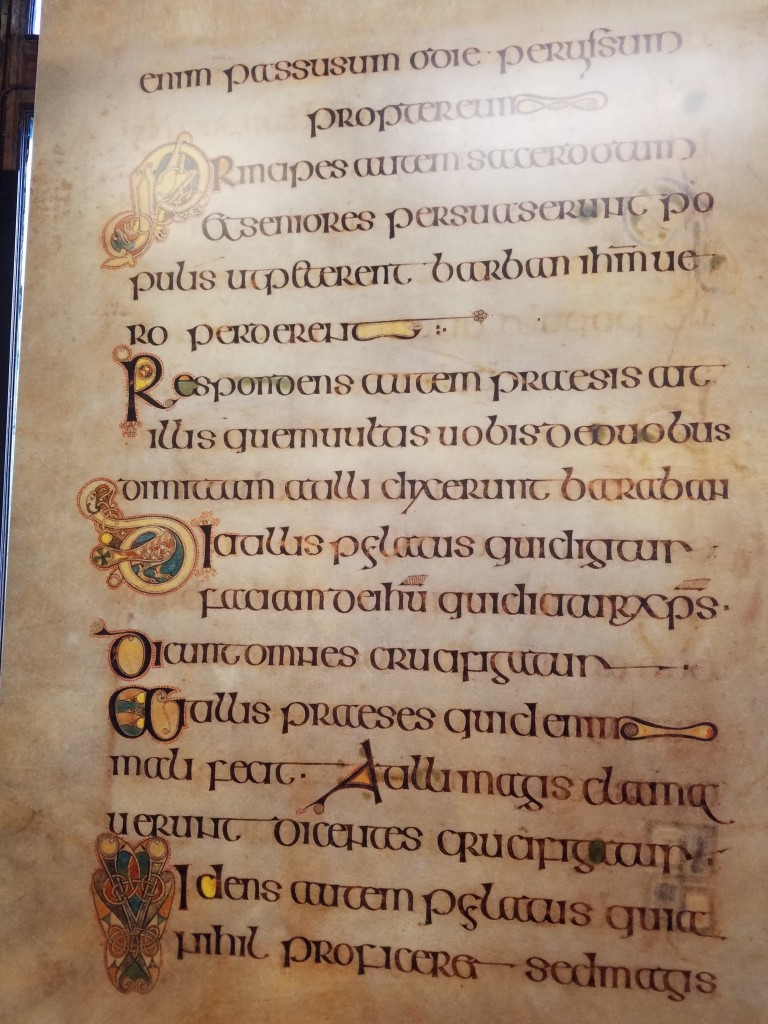 THE EXEGETICAL ARM-WRESTLING OF PROTESTANTS OVER HEB. 6.1-6—A ‘TASTE’ OF THE DEBATE

Theological systems, while not bad in themselves, can often lead to very strained interpretations of Biblical texts, especially when the ‘system’ is the primary intellectual grid through which the text is being read. This can easily be illustrated from a close reading of Protestant commentaries on Heb. 6.1-6 since the Reformation. Here we will simply summarize how the differences usually play out when either a Calvinist or an Arminian is reading this text. Let us start with the key notion of being “once enlightened”. One must notice both the word once, and the aorist tense of this participle. It surely must refer to a definitive experience, a one time experience in the past. The question is— is the author talking only in objective or also in subjective terms? That is, could “once enlightened” merely be a code phrase for having been baptized, or does it actually refer to some sort of subjective enlightenment? Naturally the Calvinist tends to favor the form idea and the Arminian the latter.

Or again the phrase “having tasted of the heavenly gift” has been understood merely of the partaking of the Lord’s Supper on the one hand or actually partaking subjectively of God’s gift of salvation. Or again the phrase “having become (aorist participle) metoxous of the Holy Spirit”, has been said to mean having been given some spiritual power or gift, and Bruce and others have sought to compare either the case of Simon Magus or those mentioned in Mt. 7.22-23. On the other hand Arminians have insisted that what is meant is an actual sharing in the Holy Spirit, and no reference is made to spiritual gifts here.

Or again in vs. 5 it is maintained that “tasted” (again an aorist) of the goodness of God’s word” simply means instructed perhaps with some understanding (the analogy to the parable of the sower is often brought up) whereas on the other hand it is argued that to the contrary here we learn of a subjective experience of this goodness, not merely a hearing of the word. There is however a further twist to this whole argument, that we are not likely to resolve here. Those of the Reformed persuasion (and one should read Hughes and then Marshall to really get the flavor of the debate) tend to say the following things about this passage: 1) that we must define who is a Christian, by whoever perseveres to the end. If one doesn’t persevere to the end then one never was a Christian; 2) there is talk about the covenant community having received the blessings mentioned in vs 4ff. but not necessarily each and every individual in that community. So there is a good deal of talk

about one being in the context or environment where one can benefit from such blessings, at least indirectly.

There are a multitude of problems with this sort of approach, and most would recognize this text is the most difficult to be reconciled with a doctrine of eternal security. We must point out several key factors: 1) these words are addressed to the whole community, not just “some among you” and when at vs. 9 the author says he is persuaded of better things, he calls them all beloved. There is no hint that our author thinks of some invisible elect group within a larger mixed multitude. One must also ask what then would be the urgency of warning the reprobate, if there was no possibility of their turning back any way. One could perhaps argue that maybe God would use the word of exhortation to keep the elect straight, but if it had been decreed from before the foundation of the earth they were going to be saved, such an exhortation would hardly be absolutely necessary one way or another it would seem. 2) there is a serious problem in reading 2nd and third century interpretations of this passage back into the NT, for though it is quite true that “enlightened” did come to have the objective meaning of baptism and heavenly food was later a term for the eucharist, it is very difficult to argue that here.

Apostasy is after all by definition falling away or rebellion against something one has had a part in and partaken of –namely the faith. One can’t fall away from something one never stood for. More importantly the word “tasted” very strongly suggests subjective experience not merely objective giving, and it also suggests a real sampling not merely a taste-testing as is very clear from Heb. 2.9 where Christ is said to have tasted death, which means fully experienced subjectively, not merely had a light taste of (contra John Owen); 3) the parallel passage in Heb. 10.26-32 strongly supports the contention that this passage is directed to those who are considered Christians. Notice there the author says “if we deliberately keep on sinning after receiving a knowledge of the truth, no sacrifice for sins is left but only a fearful prospect of judgment”(10.26). Again at 10.32 our author says “remember the earlier days after you received the light”(photisthentes is used there just as we find in 6.4, though the tense differs).
Now this must strongly suggest that our author is talking about having actually received and believed the Gospel in Heb. 6. 4) the phrase “became sharers of the Holy Spirit” says nothing of the charismatic gifts, and it will be remembered that the term metoxous we have already encountered in Hebrews at 3.1,14 to refer to those who share in Christ and the heavenly call i.e.Christians. The analogy with Simon Magus fails for we are never told he received the Spirit, in fact at Acts 8.13 we are not even told what he believed, and in view of what follows where he tries to “buy the Holy Spirit” and the power that goes with (8.18), we must assume he did not have it or share in it before or after this. The analogy with the unknown exorcists etc. in Mt 7 also fails since that was before Pentecost, and besides our author says nothing about only receiving the Spirit’s charismatic gifts he says “partakers of the Holy Spirit”; 5) C.F.D. Moule has pointed out that the accusative here means that the phrase should be translated “tasted that the Word of God is good”.

I thus conclude that the Reformed argument does not make sense of this particular
text. Our author is concerned lest Christians apostasize. It will be noted that in the NT a Christian is not defined as one who perseveres to the end, though that is urged and indeed necessary if he is to make it to heaven, but rather it is defined as one who has received Christ as Lord and Savior and received the Spirit here and now. On this showing, the dangers our author is talking about are dangers confronting Christians, perhaps especially Christians under persecution. And perhaps we should not even have such a theological debate without fully taking into account the rhetorical nature of this source material.
Andrew Lincoln’s remarks should give us pause when it comes to how we read the first portion of Hebrews 6: “Overstatement for effect was another frequent feature of powerful rhetoric. The assertion that certain people are crucifying again the Son of God (6.6) is clearly not a literal possibility but achieves maximum rhetorical impact in suggesting how unthinkable the rejection of Christ and his benefits should be…. Is the statement in 6.4 that it is impossible to repent after falling away an exaggeration designed to put the perils that face the readers in the strongest possible terms? Or is the assertion that follows in 6.9, designed to gain the goodwill of the addressees—‘we are confident of better things in your case’—also hyperbole? If the writer really were confident, would he be writing to issue such a warning in the first place?”

In my judgment, these are the right kinds of question to ask about an epideictic discourse clearly given to hyperbole at points. Two things result from taking such rhetorical factors into account—firstly, our author really does think that at least some of the audience is in danger of apostasy and warns against it, and secondly, we may suspect that the ‘no restoration’ remark functions as a device to make clear how horrible committing apostasy really is. It is another way of pleading– ‘please don’t go there’. The consequences of apostasy are thereby shown to be grim by the use of hyperbolic language.

June 29, 2017 When were the Dead Sea Scrolls actually Found?
Browse Our Archives
Related posts from The Bible and Culture

Evangelical
The Church in Rattenberg, an unknown Saint, and...
The Bible and Culture
TRENDING AT PATHEOS Evangelical