A Biography of Barth— Part Two 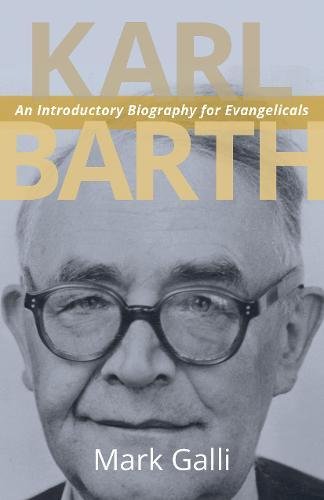 Q. In your first chapter, you deal with the issue of pietism, and why to some extent Barth had an allergic reaction to it. Since, as you rightly say, American evangelism (particularly of the Billy Graham ‘born again’ variety that I grew up with in Charlotte) has the pietistic tendency to emphasize spiritual experience, at the expense of theological understanding and substance, what is it about pietism that Barth didn’t like, and why, on the other hand have such different folk as American pietists as well as the hyper-Reformed had such a negative reaction to Barth (quite apart from his doctrine of Scripture)?

A. Barth believed that pietism was built on the same foundation as liberalism: religious experience, or as the liberal Friedrich Schleiermacher put it, “the feeling of absolute dependence.” Basing theology on feeling inevitably confuses us, as it did liberal theologians at the beginning of World War 1. They were so taken with their feeling of patriotism, they confused it with a divine experience, and found themselves justifying German’s entrance into an unjust war. A theology grounded in experience will sooner or later go astray in significant ways, as the history of revivalism shows.

The suspicion of Barth is—to refuse to answer the question on your terms!—grounded I believe in his views of Scripture. Not just his formal rejection of inerrancy, but his willingness to acknowledge the value of historical-critical scholarship. But on top of that, there is Barth’s dialectical method—expressing seemingly contrary ideas and then claiming that both of them are true. This love of paradox is a turn off to pietists and hyper-reformed who, each in their own way, are committed to a rationalism that rejects the dialectical method. One of the great strengths of evangelicalism is that is can put the most complex truths on a shelf the average person can grasp and appropriate. It is one of our great weaknesses as well, as we sometimes imagine the simple summary is the full counsel of God.
[N.B. Barth owed the dialectical method of thesis, antithesis, synthesis in part to folk like Hegel and even Heidegger BW3]

Q. You chronicle how Barth was a feisty person even from a very early age, and how this served him well later when he entered the lists of the theological battles he was to fight. In some ways, he sounds a lot like Luther, even though he came from a Swiss Pietist family. It also sounds like this feistiness coupled with a domineering of his siblings created life-long hard feelings between the brothers Barth. It sounds like Barth was not a very likeable person in some respects. Would you agree? And what have you learned about the interface between personality and a person’s faith and their expressed thought?

A. I don’t know that I would liked Barth personally had I lived in his era and known him personally. He certainly comes across as arrogant and self-assured, as well as impatiently judgmental of those he disagreed with. But part of that is the German style of doing theology: direct, combative. What I discovered is that Barth didn’t expect opponents to bow before his bluster, but to come back at him with equal force in their arguments. But in the end, this is not a style that works in America, and this is not something I think we should learn from Barth.

October 6, 2017 The Two Textual Traditions of Acts
Browse Our Archives
get the latest from
The Bible and Culture
Sign up for our newsletter
POPULAR AT PATHEOS Evangelical
1

Evangelical
The Earliest Christian Chalice and Graffiti
The Bible and Culture

Evangelical
Chadwick Boseman's Inspiring Graduation Speech at Howard--- a...
The Bible and Culture

Evangelical
50 Ways to Please Your Mother
The Bible and Culture