A Whale of a Tale— But it Appears to be True 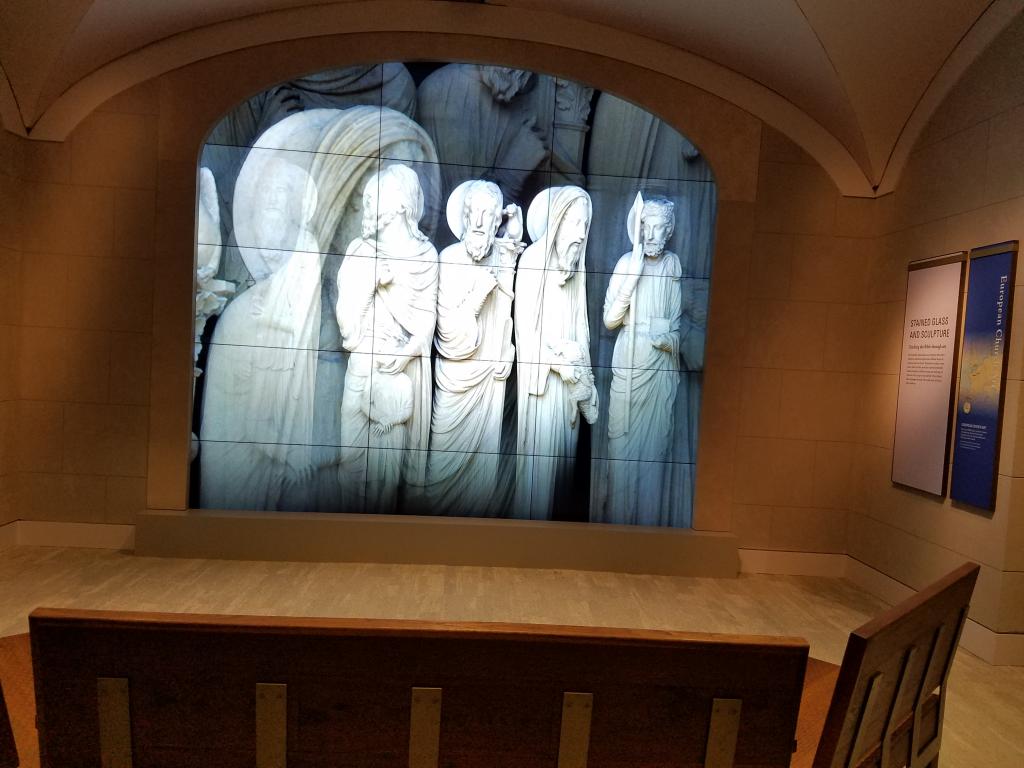 Last year, after the recapture of Mosul, archaeologists discovered that ISIS had been tunneling in and under the ruins of a famous ancient Babylonian Palace. Here’s what came to light, according to alert reporter Josie Ensor…..

“Archaeologists documenting Isil’s destruction of the ruins of the Tomb of the Prophet Jonah say they have made an unexpected discovery which could help in our understanding of the world’s first empire.

“The Nebi Yunus shrine – containing what Muslims and Christians believe to be the tomb of Jonah, as he was known in the Bible, or Yunus in the Koran – was blown up by Islamic State of Iraq and the Levant (Isil) militants soon after they seized huge swathes of northern Iraq in 2014.

“The shrine is situated on top of a hill in eastern Mosul called Nebi Yunus – one of two mounds that form part of the ancient Assyrian city of Nineveh.

“The Iraqi army retook the area from Isil last month, revealing the extensive damage wrought by the jihadists.

“But local archaeologists have told the Telegraph that Isil also dug tunnels deep under the demolished shrine and into a previously undiscovered and untouched 600BC palace. Limited excavation was carried out by the Ottoman governor of Mosul in 1852, which was revisited by the Iraqi department of antiquities in the 1950s. But neither team reached as far as the palace.

“It is the first evidence of Isil’s use of tunneling in ancient grounds in their hunt for artefacts to plunder.

“Inside one of the tunnels, Iraqi archaeologist Layla Salih discovered a marble cuneiform inscription of King Esarhaddon thought to date back to the Assyrian empire in 672BC.

“While the king’s name is not visible on the cuneiform slab, a historian who has seen photographs of it says phrases are legible which were used only to describe him, in particular his rebuilding of Babylon after his father Sennacherib had it destroyed.
The palace was built for Sennacherib, renovated and expanded by Esarhaddon (681-669 BC), and renovated again by Ashurbanipal (669-627). It was partly destroyed during the Sack of Nineveh in 612 BC.

“There are only a handful of such cuneiforms recovered from the period, most of which from the second mound just north of Nebi Yunus in Kouyunjik.

“In another part of the tunnel they discovered Assyrian stone sculptures of a demi-goddess, depicted sprinkling the “water of life” to protect humans in her care.
“I’ve never seen something like this in stone at this large size,” said Prof Eleanor Robson, chair of the British Institute for the Study of Iraq, suggesting they may have been used to decorate the women’s quarter of the palace. “The objects don’t match descriptions of what we thought was down there, so Isil’s destruction has actually led us to a fantastic find.

“There’s a huge amount of history down there, not just ornamental stones. It is an opportunity to finally map the treasure-house of the world’s first great empire, from the period of its greatest success.”

Ms Salih, a former curator of the Mosul museum who is supervising a five-man team carrying out the emergency documentation, said she believes Isil looted hundreds of objects before Iraqi forces recaptured the eastern side of the city.

“I can only imagine how much Daesh discovered down there before we got here,” she told the Telegraph by phone from Mosul. “We believe they took many of the artifacts, such as pottery and smaller pieces, away to sell. But what they left will be studied and will add a lot to our knowledge of the period.”
She warned that the tunnels were not professionally built, however, and are at risk of collapsing “within weeks” – burying and potentially destroying the new finds.
Experts from the British Institute for the Study of Iraq – alongside other international teams – are bidding to help local archaeologists secure and document the site. Unesco is due to hold a meeting in Paris later this month to decide who will be sent.
The terror group destroyed several other key landmarks in Mosul and elsewhere because they considered the worshipping of shrines not to be in keeping with their Islamic traditions. Isil militants believe giving special veneration to tombs and relics is against the teachings of Islam.

“A report just released by the Iraqi Kurdistan regional government lists some 100 sacred buildings damaged or wiped off the map during Isil’s two-year reign.
They closed all of Mosul’s museums and cultural centres during their more than two-year reign over the city. Many of the city’s archaeologists and historians went into hiding.
“Many decided to stay in the city when Isil came, fearing what they might do to their families if they fled,” said Prof Robson. “They hid their books and lied about their expertise. Thankfully, most of them survived.”

May 15, 2018 A Palimpsest with the Koran and Deuteronomy on it?
Browse Our Archives
get the latest from
The Bible and Culture
Sign up for our newsletter
POPULAR AT PATHEOS Evangelical
1

Four Tips for Reading the Book...
Crux Sola: Formed by Scripture to Live like Christ
Books by This Author Books by Ben Witherington

Evangelical
Matthew M. on Giving Your Children Biblical Names---...
The Bible and Culture

Knowing the Ancestors: Necessary for Classical Education
Dad posted a picture of both my grandfathers relaxing with friends and...
view all Evangelical blogs
Copyright 2008-2021, Patheos. All rights reserved.