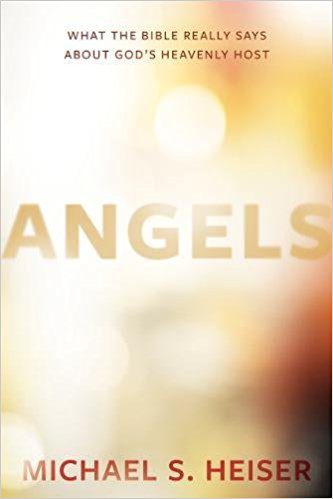 Reading a Michael Heiser book is like eating marzipan— its rich, and requires only digesting small bites at a time. Some of the things I appreciate most about his books are: 1) his notes are rich with detail for those who want to pursue matters further; 2) he brings in ANE detail in a way many scholars cannot do; 3) he writes in a way that laity and clergy can benefit from such a study without being overwhelmed. I’m not surprised to see the big response to these books. They are filling a niche too little explored in Evangelical Christianity. Though this most recent book is only 248 pages counting footnotes and bibliography, it packs a punch and deserves several posts not least because it raises some important questions. From a scholarly point of view, one of these questions is— to what degree should we rely on evidence and ideas from Ugarit and other ANE languages and cultures to unpack the meaning of various OT Biblical texts? I am one who is all for such comparisons, and linguistic and cultural studies, but at the end of the day, precisely because there are differences between these religious cultures and languages one has to ask how far the comparisons can be pressed. For example, one of the more surprising conclusions of this book is that angels don’t have wings, despite texts like Isaiah 6 or Ezekiel 1. One of the reasons Michael comes to this conclusion is because of his taxonomy in regard to spiritual or supernatural beings— cherubim are guardians of God and his glory, they are not ‘angels’ in the sense that they are not messengers from God to humanity unlike say Gabriel in Lk. 1-2. One reads this book and gets a sense of a major corporation with a council at the top of the corporation in which ‘the sons of God’ spiritual beings are on the council, but below them are guardians of the glory, and below them are messenger beings which we are more familiar with. I’m not really convinced we can press this taxonomy that far. For example, in Isaiah 6, the impression given is that it is one of the cherubim that comes to Isaiah and purifies his lips with a coal from the altar. In other words, he’s not simply Yahweh’s Secret Service protection. Then there is the throne chariot vision in Ezekiel 1. Those folks who are transporting the throne certainly have multiple wings, and they are part of the entourage that comes to and is seen by Ezekiel in his vision. So…. on further review, I see no reason to doubt that all these spiritual beings are perceived as having wings. But I don’t want these remarks to take away from so many good things about this book.

If we ask the question— why have spiritual beings such as angels been so neglected in Protestantism, in part we have to go back to the Reformation. Prior to the Reformation both saints and angels were seen as more approachable mediators to God than Christ. The Reformation really changed all that— by insisting on a focus on Christ— ‘we come to the Father through Jesus the Son….’. While this didn’t mean angels were out of business, they began to take a much more secondary or backseat role because of the exaltation of Christ. Like John the Baptizer and Jesus the phrase ‘he must increase and I must decrease’ is what happened with Christology and angelology after the Reformation. So…. this book helps us recover some balance. Well done Michael. In our next post we will begin to explore in some detail the claims in this latest book, which builds on his enormously popular The Unseen Realm already reviewed on this blog.

October 24, 2018 Angels--- Part Two
Browse Our Archives
get the latest from
The Bible and Culture
Sign up for our newsletter
POPULAR AT PATHEOS Evangelical
1

How I Tried on Liberal Christianity...
Roger E. Olson
Books by This Author Books by Ben Witherington

Evangelical
Delilah--- A Bible Song
The Bible and Culture

Evangelical
My Marvel--ous Youth
The Bible and Culture 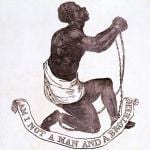 SubChristian Caricatures of Wokeness
Strachan's comments come from his sincere ambition to help the church be...
view all Evangelical blogs
Copyright 2008-2020, Patheos. All rights reserved.