More from the MOTB

There are two rather new exhibits at the Museum of the Bible, and I was able to review them both while I was there for the consultants meeting. The first of these exhibits is the Jerusalem and Rome exhibit— which has some fine murals about early Jewish history during and after the Jewish war. Here are a few of the shots of the murals. 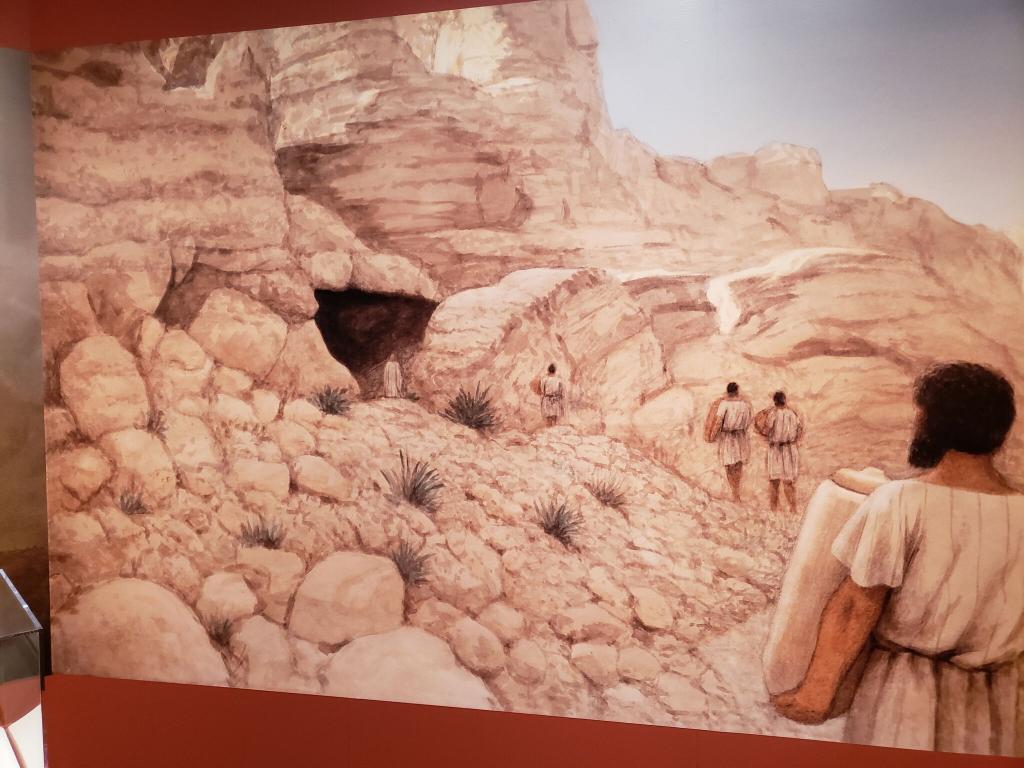 This depicts members of the Qumran community hiding scrolls in jars in caves near the Qumran site.

Here below we have a scribe copying such documents—- 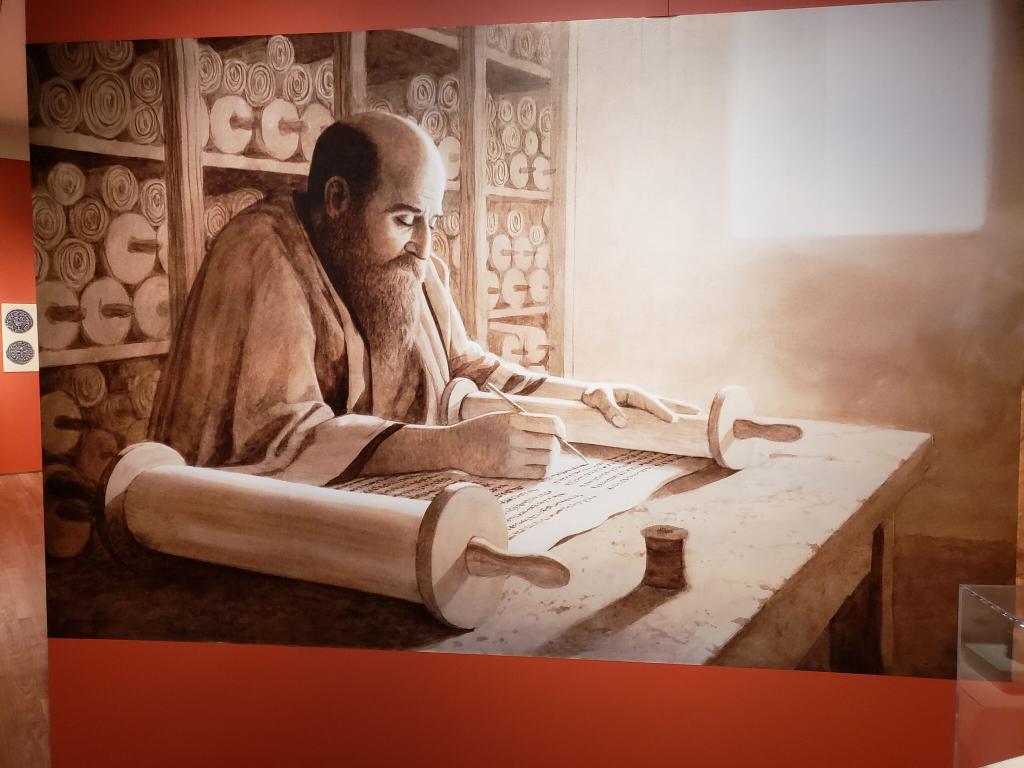 Here’s an actual inkwell of the kind used in the first century….. 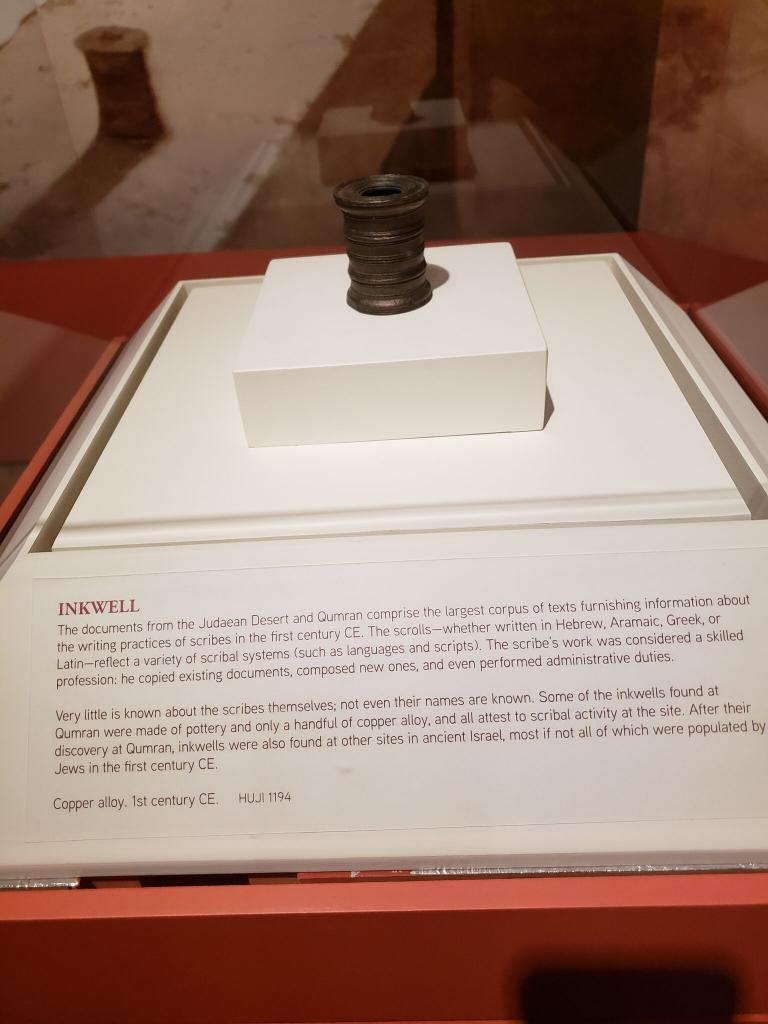 And here is a shot of the arch of Titus built in the 70s after the war was over and Titus had his triumph through the streets of Rome, as is depicted in the colorful frieze of the carrying of the booty from the Jerusalem temple through the Roman streets… 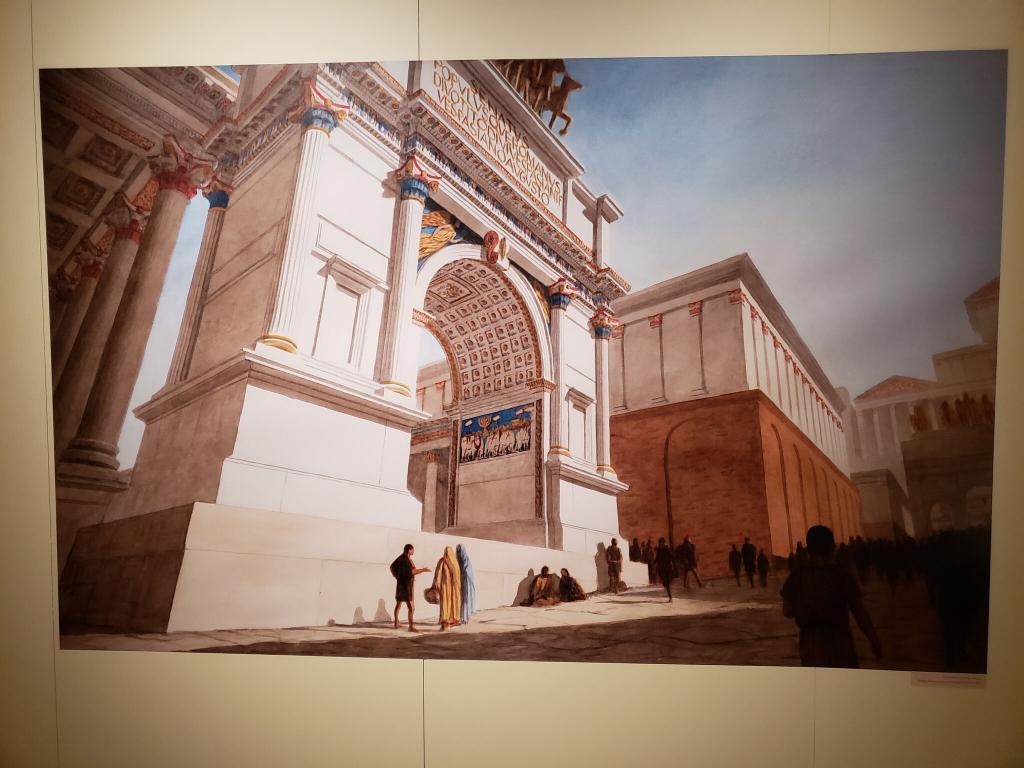 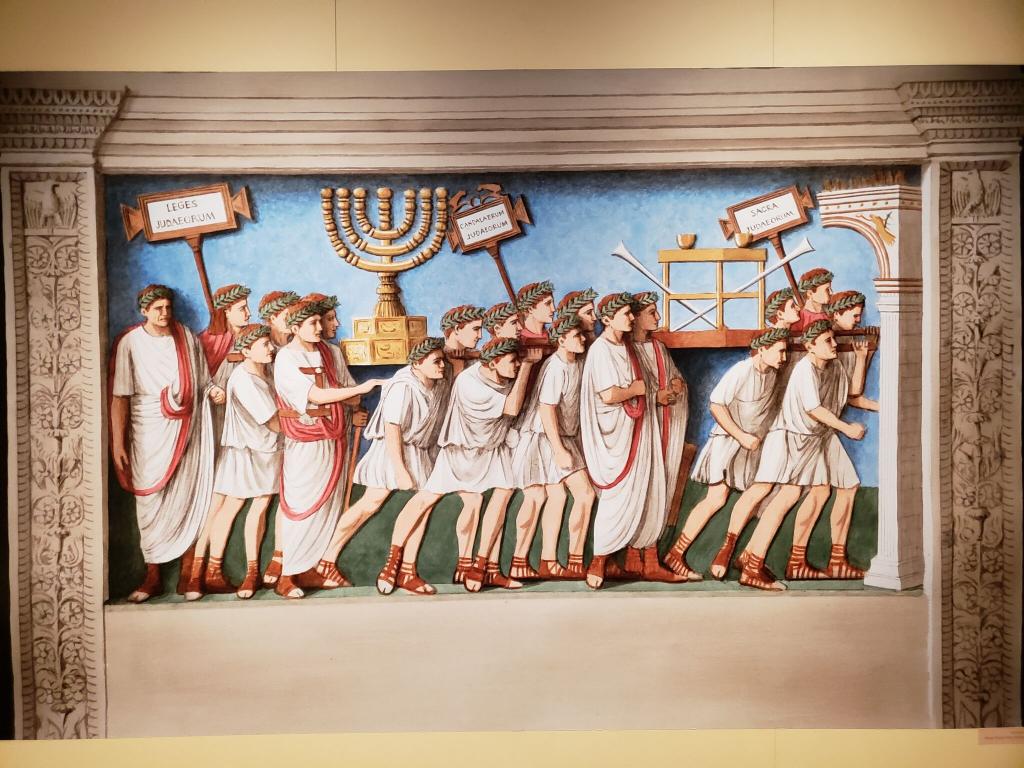 The other new exhibit is the totally immersive Vu exhibit where you put on the headset and spin around on little chairs seeing various sites in Jerusalem in 3D. Is fun, but it also made be queasy spinning round and round, and my Vu fogged up it was so tight on my head— but still the surround 3D and up and down 3D was impressive…

As a side comment I would note that a good deal of things have been and are being said these days about this Museum which are simply not true. For example, the thousands of artifacts in the control of the MOTB are NOT part of the Green collection nor do they belong to the Greens. They belong to the Museum or on loan from the Israel Antiquities Authorities or other legitimate sources. Secondly, this Museum is a Museum for everyone, and is not and should not be a clandestine effort at sectarian apologetics, politics or anything else along that line. Were that the case, neither I nor most of the consultants (including important Jewish scholars such as A-J Levine, Eric and Carol Meyers and Larry Schiffman) would have anything to do with this operation. Our mission is the making the Bible accessible for everyone. It is an educational venture.

Lastly, while there are people who have been involved with the MOTB that on their own and NOT as representatives of the MOTB have done some Christian events that involved apologetics, these were not events sanctioned or sponsored by the Museum. What a person does on their own time and not as a representative of the Museum is of course their own business. This Museum is a new one and is in the process of perfecting its mission, and vision for the general public, having just hired a COO and announced its very first CEO. Fairness dictates that it be given some time to make clear its purposes and mission, as those statements and policies are still being formed and implemented. Jumping to conclusions about the Museum itself and its agendas is not warranted, and is certainly not a fair and balanced scholarly approach to this Museum.

November 2, 2018 The Decline of Religious Language in America
Browse Our Archives
Follow Us!

Evangelical
Daredevil explains the Devil---- or not?
The Bible and Culture

Evangelical
What's Wrong with this Picture?
The Bible and Culture
TRENDING AT PATHEOS Evangelical

Daredevil explains the Devil---- or not?
https://www.youtube.com/watch?v=NFVtIk9A_kw&feature=share&fbclid=IwAR1WG5KrvB6pNqn8CzNkHAZA7gi5OJ-uhD-JHvxq4t3hen4O8YkyaObWKxM
view all Evangelical blogs
Copyright 2008-2020, Patheos. All rights reserved.