Why Some Folks Think Evangelicals are Nuts

Why Some Folks Think Evangelicals are Nuts November 25, 2018 Ben Witherington 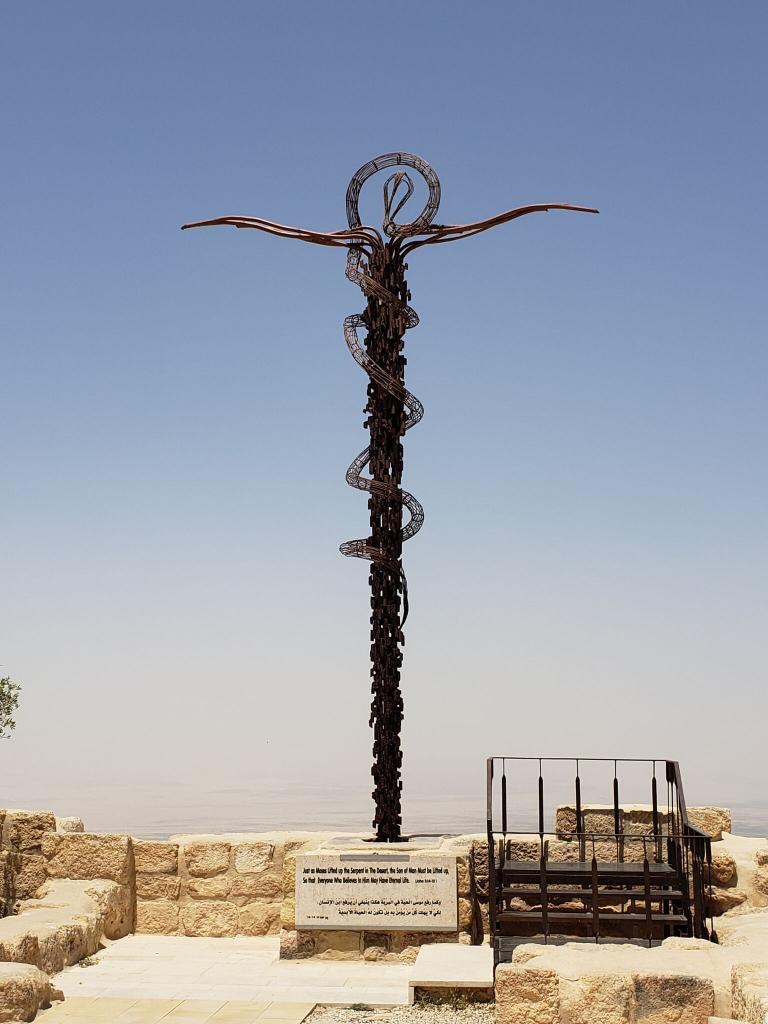 First of all, thanks to the ever alert Jim for sending me this story along….

So…. what’s wrong with this picture in the story? Lots, it turns out. In the first place, there is no prophecy in the Bible about a snake crawling out of the Temple Mount wall being a sign of the coming or return of the Messiah. This idea comes from Jewish mysticism of an ultra-orthodox sort, and is not Biblical at all. But there is a second problem with this whole idea as well. If you have read Mk. 13/Mt. 24 carefully in the Greek you will know that while there are signs on the earth that are seen as precursors of coming tribulation and the fall of the Temple, there are no signs on earth as precursors to the return of Christ, only cosmic signs that accompany his second company. There is a big difference. So… just to be clear, even if one takes the prophecy in Mark 13/Mt. 24 literally, it does not refer to signs on the earth of the second coming. Indeed, Jesus said that no one, not even himself during his earthly ministry knew the timing of the second coming, indeed he suggested, as does Paul it will come as a sudden surprise— like a thief in the night. This should have stopped theological weather forecasting of the second coming long ago, since it’s had a 100% failure rate the last almost 2,000 years. But pious curiosity knows no bounds.

And to be even more specific about Mark 13, there are two categories of events mentions ‘these things’ and what will happen ‘after those days’. It is only the latter category that refers to the second coming, more specifically Mk. 13.5-24 refer to the eschatological distress that will begin during the lifetime of Jesus’ first disciples. This distress will apparently characterize the whole church age— wars, earthquakes, famine, false messiahs etc. None of these are predictors of the second coming or its nearness.

Look carefully at vs. 24— it says in ‘those days following the distress ….’ It says nothin about how long after the distress, and provides no timeline at all. After the preliminary eschatological events that characterize the whole age following Pentecost, what will happen is cosmic signs and the second coming. ‘At that time (which is not signaled or presaged by the preliminary woes) people will see the Son of Man coming.” Then Jesus returns to a final discussion of preliminary events which he says do have earthly warning signs, like buds of a fig tree in the spring (vss. 28-30). And by the way he says, his own generation will not pass away without seeing such travail and turmoil on the earth, and of course he was right. The events leading up to the fall of the Temple in A.D. 70 were horrendous and included all the ‘signs on the earth’ Jesus mentions.

Then finally, in vss. 32-37 he returns again to the second coming issue, and says no one but the Father knows the timing, and no earthly events signal or trigger it. None. Unless you see the A, B, A, B pattern in the text (with A being the eschatological woes with signs on the earth, and B being the second coming with cosmic signs), there is no way you are going to understand Jesus’ prophecy.

Final note— Jesus said all the earthly signs would show up in a Biblical generation, which is 40 years. When did Jesus say this— likely in A.D. 30. When did the Temple fall— in A.D. 70. That’s what I call a pretty specific prophecy fulfilled.

November 26, 2018 Bohemian Rhapsody--- In Blue
Browse Our Archives
get the latest updates from
The Bible and Culture
and the Patheos
Evangelical
Channel
POPULAR AT PATHEOS Evangelical
1

Evangelical
A Podcast on Pursuing a Teaching Career and...
The Bible and Culture
TRENDING AT PATHEOS Evangelical