J.I. Packer Goes on to Glory 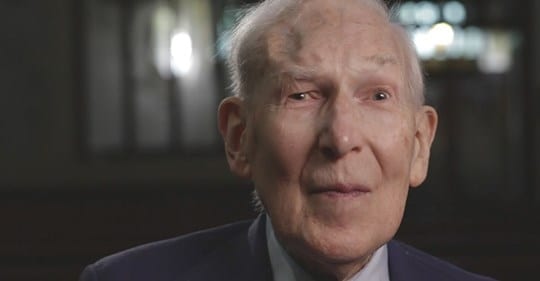 Michael Thomson, a friend and one of my fine editors over the years, has shared the following memorial to Prof. Packer who just passed away at 93. I will share one story of my own from 1975 or so. I was taking a course on the Holy Spirit taught by Professor Packer. By then everybody was already saying that his Knowing God was a classic, and they were right. Packer was nothing if not punctual, but one day he was late for my 8 a.m. class with him. We waited the required 15 minutes and all of sudden he came running into the lecture hall all disheveled and out of breath saying ‘I was held up by the hunt. I didn’t know you had the hunt!’ What he was referring to was that in South Hamilton there was a hunt club– horses, riders, dogs, and fox they would chase from time time. The wealthy members of the club had managed to install a little stop light on 1A with a button horse height which they could push so that the fox, the hounds, and the horses and riders could cross the road. This could take a while, and sure enough J.I. Packer was late for class due to ‘the hunt’. I learned a lot from that man , as he made even very Reformed theology seem plausible and at times even appealing…. though in the end I demurred. Here is my friend Michael’s hommage….

What a tremendous year of losses in Theology and Biblical Studies. I went to Regent College years ago for an M. Div. I took 3 courses with J. I. Packer. Packer was a progressive figure for being such a conservative. On the one hand, he could not find a way to affirm women in leadership unless a man was involved in leadership above her. On the other hand, at a time when few evangelicals would have undertaken this, Dr. Packer extended deep and warm theological conversations with other communions. He championed dialogue with Roman Catholic theologians as well as with Pentecostals when those strands of evangelicalism which would eventually coalesce into the Gospel Coalition, thought it best to decry such traditions as too far out of the evangelical fold to seriously engage. He was not alone in this, but he was a powerful voice in the minority. He also wrote many books, though sadly his multi volume systematic never saw light of Day. I fondly remember him pivoting on his heels as he would engage and logically unfold the beauty of Christian doctrine as he saw it. What I think I will take from him to my grave was the conviction that all theology was doxology, an act of worship with the mind. Anything short of this posture was hubris and possibly heresy. Dr. Packer is a theologian whose mark on evangelical thought is incalculable and, in too many quarters that have lost his even tempered, conservative yet generous theological vision, that waning influence is to their detriment. Dear old teacher, enter your rest, and thank you for showing us that Knowing God is Loving God. Pax Christi!

Dawkins vs Collins - amicable and engaging meeting...
Whatever your faith background I strongly recommend you put aside some time...
view all Evangelical blogs
Copyright 2008-2021, Patheos. All rights reserved.