Panaceas during a Pandemic 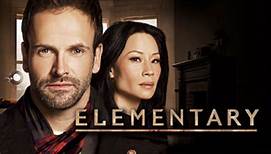 Over the course of the seven years between 2012-2019, my favorite TV show, by far, has been the revamped Sherlock Holmes saga known as Elementary. Johnnie Miller and Lucy Lieu were perfect foils for each other, and Robert Doherty is an excellent script writer/overseer of the entire series. It should have won all sorts of Emmys. What made it especially interesting are the following: 1) changing the setting to New York in the present day, while still name dropping the original episodes of Conan Doyle’s classic; 2) updating the foibles and flaws of the central characters, for instance Watson in the original saga was not only a male, he was a male with PTSD. Joan Watson by contrast while also a doctor is one who stopped being a doctor when somebody died by her surgical mistake. What was crucial in this series is that the characters needed to be interesting– familiar, and yet different from the originals (unlike the Jeremy Brett recreations which were truly excellent in their own right), the plots needed to involve some tension and real mystery, and not be obviously a rerun of previous Conan Doyle stories, and the story lines needed to develop over the course of 153 episodes. All this the series achieved and more, and the suspense was good, not least the sexual tension between Holmes and Watson— and were they ever going to admit they loved each other in some fashion?

Well when the series ended in 2019, my favorite Christmas present of recent memory was the boxed set of the whole shebang with extras and documentaries. Ann and I have happily spent the last five months slowly watching through the whole series again, and not surprisingly noticing new things and new twists in the tales, being glad that the four central characters Gregson, Bell, Watson, and Holmes develop throughout the series but do not disappear. As a panacea for boredom while in quarantine, re-watching this excellent series has been a blessing and I commend it to you. You learn a lot about human nature by watching a show like this, and also about human ingenuity and desire for justice.

August 15, 2020
The Gloss and the Text--William Perkins on Interpreting Scripture with Scripture
Next Post

August 17, 2020 Meditation of the Month
Browse Our Archives
get the latest from
The Bible and Culture
Sign up for our newsletter
POPULAR AT PATHEOS Evangelical
1

Does Theology Even Matter Anymore?
Roger E. Olson
Books by This Author Books by Ben Witherington

Evangelical
A Discussion about Arminianism
The Bible and Culture

Evangelical
Where is the Wisdom from Above?
The Bible and Culture

Evangelical
Be Smart--- Wear a Mask. Even Dinosaurs Know...
The Bible and Culture