A Pandemic of Pulchritude 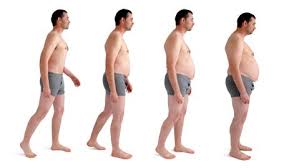 Whilst watching a really depressing show on the effects of the Covid pandemic, a statistic was mentioned that no one has been talking about—- namely that 40% of the deaths from COVID are of those who are obese or morbidly obese.  And this is not only of those who are not vaccinated. I realize I can be accused of fat shaming people by talking about this especially during the holiday season, and I realize as well that there are in some cases (xonly a minority of them however), where heredity and even genetics play a role in this problem, but something needs to be said because, this problem has become enormous, super-sized in fact, in my lifetime of 70 years.  The percentage of the American public that falls into the category of obese or morbidly obese has risen dramatically in this period. In the 1950s the percentage was about 10%. Today, it’s 42.4%!  In short, before long if this trend continues almost half of America will be obese, which of course causes enormous health problems, including diabetes, heart issues, and of course shortens the length of one’s life.

To what do we attribute this horrible trend?  There are many factors, but leaving aside heredity for the moment, it has to do with diet, and lack of exercise.  A very large portion of this problem can be attributed to the rise of fast food restaurants in my lifetime, otherwise known as junk food restaurants.  Americans eat far too many fatty foods, far too many foods with high cholesterol, far too few healthy fruits and vegetables.  On top of which many prefer to drink sugary sodas which have little or no nutritional value.  It’s so bad in eastern Kentucky, because many babies have been given Mt Dew in their sippy cups, and the end result is it rots their baby teeth right out!   Talk about starting them out wrong!

Yet another cause of the weigh gain problem is sedentary jobs.  By this I mean jobs that involve sitting at a desk all day answering phones, or working on a computer etc.  Obviously, these kinds of jobs have increased due to the rise of the computer age, but it is also caused by working long hours in such brain-draining jobs, leaving one with no energy or inclination to exercise.

While in the 70s and 80s and into the 90s there was a realization that this was a growing problem, which spawned an exercise craze including a running craze (yes I was always a runner, and ran 3 marathons in the 90s including the Boston marathon. Today I couldn’t come close to doing that. I’m as slow as a three toed sloth, one of my students saw me out jogging and said ‘I saw you out power walking the other day’— ouch!)   This craze is no longer ‘a thing’ especially during the Covid pandemic when gyms have been closed.  Instead of a craze more and more people are taking the attitude of Oscar Wilde. When he was asked whether he was ever tempted to exercise he said yes. And then said nothing else. The Times reporter then asked ‘Well what do you do when the temptation to exercise comes over you?’  He smiled and said ‘I lie down until it passes!’

Needless to say increasingly large, abnormally large humans have created huge problems for the transportation systems of America. Airplanes have had to make larger seats (euphemistically called comfort seats), trucks and cars have had to super-size themselves, and so on.   I was at an SBC convention (yes folks I was once asked to speak at a Southern Baptist Convention), and when I got up on the stage and looked out at the audience what I saw was that the majority of pastors and wives were obese and in some cases morbidly obese. I was shocked, considering pastors are supposed to set a good example of living healthy lives for their parishioners.  I know personally how stressful ministry can be (I pastored six churches long ago), but the way to deal with that is not eating more ‘comfort food’. I suggest exercise to decrease the stress a bit.

Because I spend a lot of time abroad, I can tell you that in the Middle East, and in the Far East, and in most of Africa, this is much less a problem, and it has to do with— wait for it, diet and exercise.

My prayer over the holiday season is that more of us who are committed Christians will ‘get religion’ about this and set a good example in the New Year.  We live in hope.  Let’s try this coming year not to fulfill Isaiah 55.2 according to the old KJV— ‘Delight thyself in fatness, drink wine on the lees’.

November 28, 2021
On How to Become an Antique Road Show--- Gracefully
Next Post

November 30, 2021 A Festschrift for my 70th Birthday--- a Total Surprise!
Browse Our Archives
get the latest updates from
The Bible and Culture
and the Patheos
Evangelical
Channel
POPULAR AT PATHEOS Evangelical
1

Challenge to Trump from the Right?
Cranach
Books by This Author Books by Ben Witherington

Languages of Faith and Empire
I have been writing about how empires spread and shape religions. The...
view all Evangelical blogs
Copyright 2008-2021, Patheos. All rights reserved.