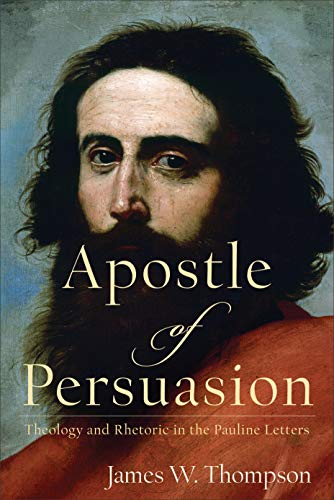 Q. Towards the end of your excellent ethos chapter, a few things came to mind. The first is that in a rhetorical narratio, one only narrates what is necessary for the subsequent arguments, the longer the narratio, the more one can anticipate considerable problems to be dealt with thereafter, as is the case in Galatians where we have the longest one.  By contrast, Paul must take a different approach in Romans, writing largely to a group of people he has not met, much less converted, and so notably there is no long narratio of shared knowledge or necessary preliminary facts.   I noted your comment that Paul does not appeal to the usual virtue catalogs of the Greco-Roman world (indeed sometimes he offers just counter cultural ones like humility) but there is some overlap in Phil. 4 in the final exhortations—- “Finally, brothers and sisters, whatever is true, whatever is noble, whatever is right, whatever is pure, whatever is lovely, whatever is admirable—if anything is excellent or praiseworthy—think about such things. 9 Whatever you have learned or received or heard from me, or seen in me—put it into practice. And the God of peace will be with you.”   The appeal to what is noble and excellent and right and lovely and admirable can be found for example in Plutarch and Seneca.  Would you not agree?  But I take your point that Paul’s focus is mostly on specific virtues modelled on Christ’s own behavior and that of his apostle.

A. Yes, Phil. 4:8 is something of an anomaly in Paul’s undisputed writings. Paul never mentions the cardinal virtues, but he mentions the virtues in Philippians that he hasn’t mentioned before. Given the message of Philippians, I assume that Paul has redefined those words to make them consistent with his Christological ethics in Philippians. Paul’s specific ethics are largely derived from Jewish summaries of the law. Rom. 12 and 1 Thess. 4:3-8 are largely derived from diaspora summaries of the law.

March 10, 2022 Apostle of Persuasion-- Part Fourteen
Browse Our Archives
Related posts from The Bible and Culture