Get updates from Bible News Radio delivered straight to your inbox

If Forgiving Josh Duggar for Molesting His Victims Is All It Takes Then Mike Huckabee, Evangelism Explosion, Ray Comfort & Todd Friel Should Hire Him to Be the Face of Their Ministries

If Forgiving Josh Duggar for Molesting His Victims Is All It Takes Then Mike Huckabee, Evangelism Explosion, Ray Comfort & Todd Friel Should Hire Him to Be the Face of Their Ministries May 27, 2015 Stacy Lynn Harp 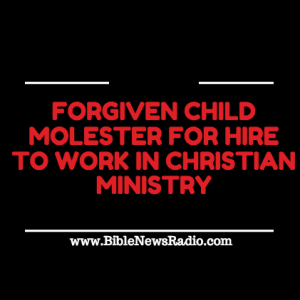 Yesterday on my Bible News Radio show, my husband and I, continued to discuss the fallout from the Josh Duggar scandal.  Over the weekend I had a few homeschooling mothers who support Duggar and his crimes unfriend me on Facebook for saying that Jim Bob and Michelle handled the situation poorly and that charges should’ve been pressed against him for his crimes.

I’ve had numerous other Christians confront me and tell me that Josh is forgiven and so we need to let it go and move on.  I also saw Mike Huckabee, Todd Friel, Ray Comfort and Evangelism Explosion all come out in support of Josh Duggar.  It’s a matter of forgiveness they say. He wasn’t a Christian when he committed his crimes and he’s the perfect candidate for Christian ministry because God has redeemed him by the blood of the Lamb!

My question to those who have no shame in publicly supporting Josh Duggar is this – When do you plan on hiring him to be the face of your ministry and your national spokesman?  Will Mike Huckabee chuck his current staff for Josh to take their place as he goes and wastes money running again for President?  How about Todd Friel – Will you hire Josh to be your co-host on your TV show and to babysit your children when you and your wife want a weekend away?  Evangelism Explosion – When are you going to use Josh’s face on your evangelism materials and use them to share with the lost and dying world that because Josh is forgiven of molesting his sisters and another victim, they need to come to Christ?   Will Ray Comfort make Josh a co-host and face of his ministry like Kirk Cameron was in the past?  I’m waiting gentlemen.

If all this big mess is about is FORGIVENESS then logic tells me that you all should have zero problem making Josh Duggar the face of your ministry.  But you and I and the whole world knows that it is about more than forgiveness, it’s about TRUST, BETRAYAL and HYPOCRISY. I’ve already stated more than once on my radio show that I believe Josh Duggar is forgiven by God if he truly repented.  What I have a serious problem with is how his parents handled it. If this is all about forgiveness then why didn’t The Family Research Council beg Josh to not leave?  Where are all the Christian ministries begging for Josh to come and work with them?  How come the big name ministries and those in the press have fallen silent about this whole situation?  How come Christian talk show hosts have not said a peep about this scandal? It’s about TRUST, BETRAYAL and HYPOCRISY.

Forgiving someone doesn’t mean you have to trust them.  In an ideal world, maybe it should.  However, when we’re talking a felony crime like child molestation, only a real fool would trust a man or woman who committed those crimes.  I’m honestly amazed that this even has to be said in our day and age.  Yet, here we are, in the 21st century having to state the obvious to a world and church that has gone insane.

So let me state this one more time,  I believe Josh Duggar is forgiven by God if he truly repented of his sins.  If his sisters and the other victim forgave him, that’s awesome well and good.  Josh didn’t sin against me, so I have no place or need to forgive him.  However, I don’t have to trust him.  If his victims trust him, then good for them. As a survivor of well over a decade of sexual abuse and incest in my family and as a marriage and family therapist who has worked with numerous clients who were sexually abused, and as a Christian radio talk show host who isn’t someone who is going to minimize the sexual sins of the church, I speak my heart.

If you are a victim of sexual abuse, then know it is NOT and NEVER WAS YOUR FAULT.  If someone is telling you that you must forgive and forget and trust explicitly your abuser, they are lying.  God doesn’t require you to trust your abuser.  He does require you forgive, but He says that Vengeance is His and that He will repay.  Rest assured, to the unrepentant abusers of children, God will repay and it won’t be pretty.  For Josh’s sake, I’d say this public shaming of his family and life is God’s severe mercy.  May the rest of the Church learn from it. 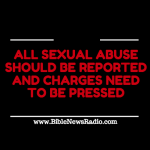 May 25, 2015
What the Josh Duggar Molestation Revelations Reveal About How to Properly Report Sexual Abuse
Next Post 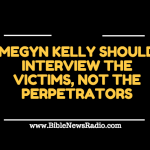 May 31, 2015 Megyn Kelly Needs to Interview the Victims of the Duggar Sex Crimes, Not the Perpetrators
Recent Comments
0 | Leave a Comment
Browse Our Archives
get the latest from
Evangelical
Sign up for our newsletter
POPULAR AT PATHEOS Evangelical
1

“He refused to be called the...
Cranach
Related posts from Bible News Radio 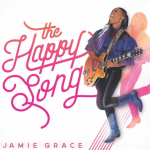 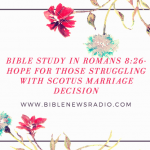 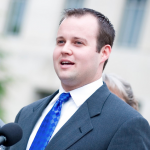 Evangelical
If Josh Duggar Commits Suicide Is It the...
Bible News Radio
TRENDING AT PATHEOS Evangelical