4 ways the TARDIS helps me understand the Catholic Church 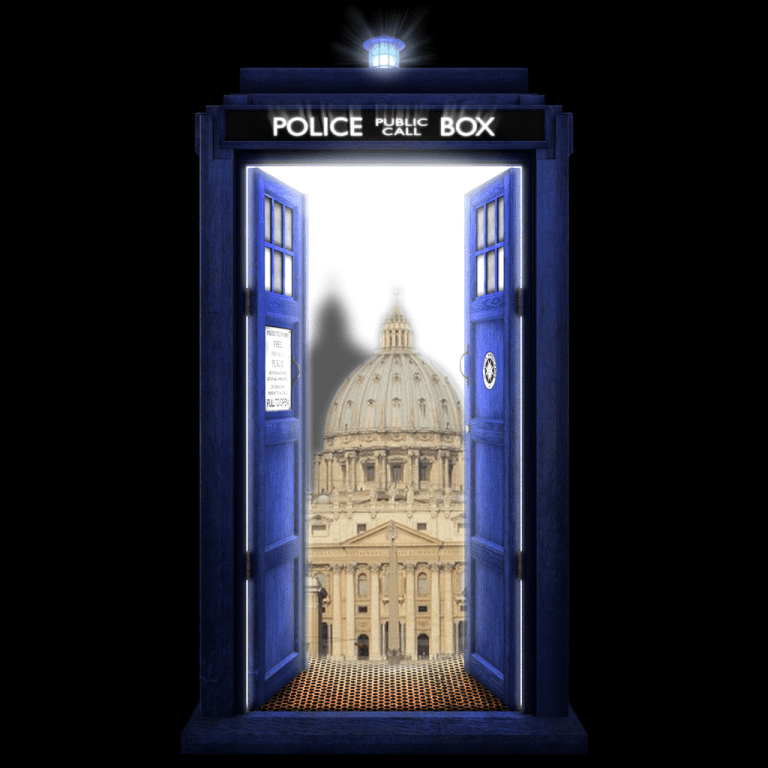 There is nothing more iconic about the sci-fi series “Doctor Who” than the blue police phone-box known as the TARDIS. This contraption has been with the time traveling protagonist of the show, self-proclaimed as “The Doctor” for the last 50 years and continues to be the central element of continuity in the show as it moves from doctor to doctor. I was laying in bed last night thinking about how much I loved Doctor Who and trying to pray when suddenly it hit me… the TARDIS is a great window into seeing the Catholic Church. The more I thought about it the more it made sense. Call it the product half-waking haze, or evidence that I have completely jumped the shark, but I wrote up a few thoughts on how the TARDIS helps us understand the Catholic Church:

Do you have any other ways Doctor Who has helped you think about your faith. Let me know in the comments below!

November 26, 2013 It's time for comprehensive humane immigration reform, period!
Recent Comments
0 | Leave a Comment
"I will only note that in footnote 98, you misattributed the article I wrote. It ..."
Thomas A. Szyszkiewicz Amy Coney Barrett, Stephen B. Clark ..."
"The day of my birthday, May 1st, is also a feast day of St. Joseph. ..."
American Patriot Saint Joseph – Actions that Speak ..."
"This is so true! I reread the Practice of the Presence of God last year ..."
Kathy Sullivan St. David Of Wales – The ..."
"One of my favorite saints"
Ame Angela Merici – Humble, Simple, Practical ..."
Browse Our Archives
get the latest updates from
The Orant
and the Patheos
Catholic
Channel
POPULAR AT PATHEOS Catholic
1