Skiing and Feeding the Hungry 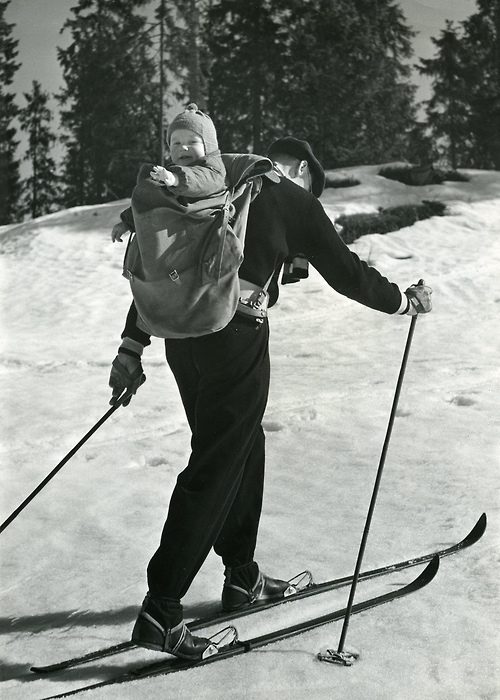 If you’re like me, you love the Olympics. I love seeing the skill and the drama. I love the beauty and the creativity. I love the speed and the danger. I love it all. Most of my favorite events are the skiing events. The Games have put me in a bit of a skiing frenzy. I’ve been itching to grab my cross-country skis and hit the trails. So I was thrilled to see William Lambers of Feeding America post this inspiring story about skiing and relief efforts in World War II.

[In] the darkest hours of World War II people used skis for their very survival: to find food.

In 1944, as the Nazi German army retreated from Northern Norway (Finnmark) they set homes ablaze forcing thousands out into the cold. Civilians were deported from the area. Some managed to escape the Germans into the mountains. According to the book Children of Europe, “they lived, hunted, among the snow-covered mountains, moving about on skis.”

If they could just hang on till help arrived. Of course, they had know way of knowing when that might even be.

The Allied Forces did start to move aid into Finnmark after the German retreat. When British and Norwegian ships arrived it is said, “Down the snowy slopes on skis came the Norwegians, men and women, carrying babies and their few humble belongings and even youngsters were on skis.”

It is so impressive their spirit and will to survive in brutal Arctic conditions. But at the same time we also saw spirit and goodwill from others who knew of the plight of Finnmark.

The charity American Relief for Norway sent 10,000 food packages to Finnmark. An Olympic gold medalist in figure skating, Sonja Henie, had donated in support of this charity. Save the Children and others took on an intense effort of fundraising and reconstruction of the war-devastated province.

That is the kind of goodwill we need to see at all times and goes hand-in-hand with the Olympic spirit. These great games we are seeing, nations coming together, is something we have to bring beyond the athletic field. It has to be with us 24/7 helping all peoples suffering from hunger or left out in the cold like Syrian war refugees today.

via Olympic Skiing and Feeding the Hungry | William Lambers.

I am proud of my countries performances in the Olympics, but even more inspired by many of the ways that my countrymen help in times of distress and disaster today. The US efforts in helping those in disastrous situations are often the difference between life and death. I encourage you to take some time and look into US food aid programs, and recent efforts to make them even better. With smart changes to the ways our federal government uses the money we already spend on food aid, we can assist millions more who are refugees, survivors of disasters, and living in the cycle of chronic poverty. The campaign, “Reforming U.S. Food Aid,” seeks to make our practices more efficient and beneficial for those we hope to help.

February 20, 2014
John Paul II introduced me to the Church, Benedict XVI taught me about it, Francis Invited me in
Next Post

Catholic
What resources should I use to pray the...
The Orant